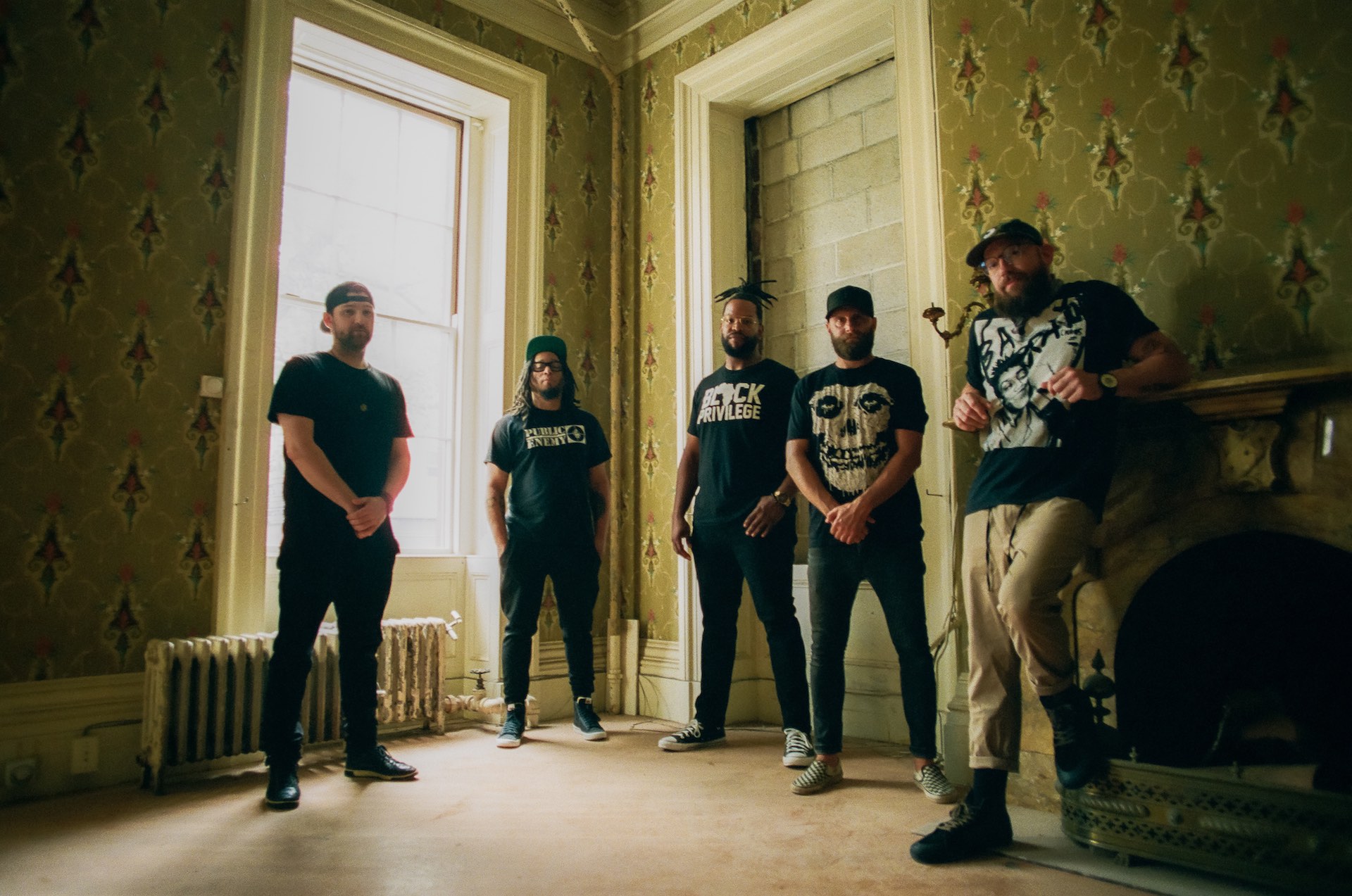 If recording a song amidst the splendor of exhibit halls seems “extra,” well, maybe it is. But STL GLD’s vision blends in with the eye-catching grandeur of the Peabody Essex Museum. The Boston hip-hop giants have shared a new track named “Extra” (out today, July 22), recorded entirely from Plummer Hall at PEM in Salem. The track comes paired with a mini-documentary on the making of the song, cramming three days’ worth of work into a 18-minute sprint.

“I was introduced to PEM by DeMane Davis (director of Netflix’s Self Made: Inspired by the Life of Madam C.J. Walker) and they did a spotlight feature on my paintings last year,” shares frontman Moe Pope. “We stayed in contact after that and they approached me with the request of STL GLD doing a performance in one of their historic buildings. We flipped that into this idea of taking three days to create a song inside one of those spaces and document the process.”

This isn’t STL GLD’s first brush with incorporating museums into their creative process, either. Prior to the release of 2019’s The New Normal, the group camped out in the halls of the Museum of Fine Arts for a silent listening party. As fans promenaded through the galleries, they heard the record for the first time through headphones, creating a highly-personal (and extraordinarily cultured) first listen. STL GLD’s new project with PEM flips the script on that model, and packs the streamlined hip-hop created within the chambers of Plummer Hall in a to-go bag.

“When they constructed Plummer Hall in the 1800s, they never had any intentions of hip-hop being created inside of it, or even just Black people being inside of it at all,” Pope tells Vanyaland. “I felt that we were welcomed by PEM to do something different, and that’s the thing that feels new and big; being welcomed and not being tasked to create anything ‘socially aware’ or addressing injustices, but to simply be creative in the ways that come naturally to us, just like any other artist.”

Get a peek at the making of “Extra” below.