We assure you, ‘Clerks III’ is happening with Kevin Smith 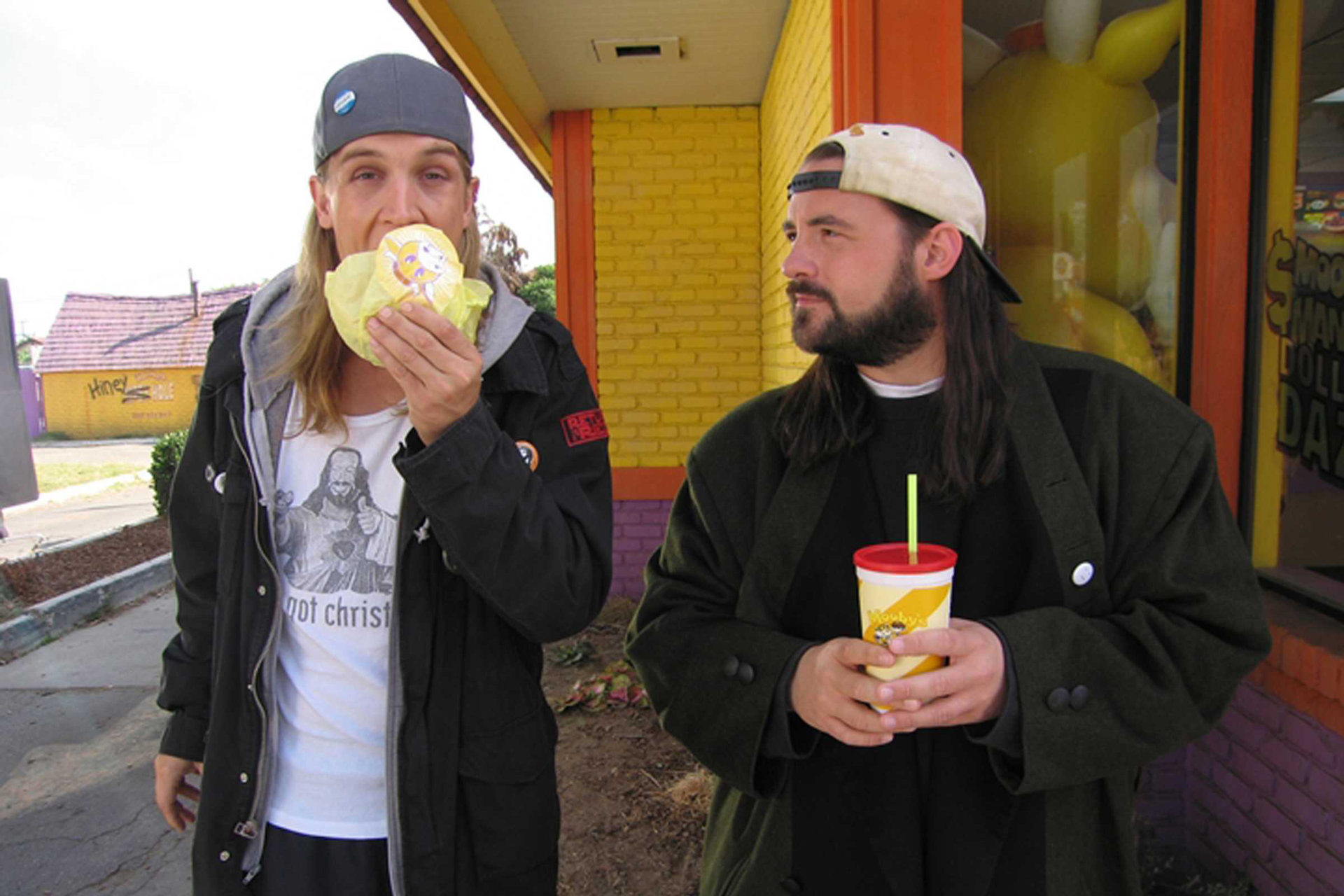 Still from 'Clerks III' via MovieStillsDB

It’s been an odd decade for Kevin Smith, the once-loved nerd filmmaker who spent much of the last decade weathering blows from all corners: Airlines, critics, fans of auctioneering, horror fans, and on and on. He even suffered a massive heart attack a few years ago, which prompted him to go on a weight loss journey and from which he got some impressive results. But after a few projects stalled out — and with his Masters of the Universe cartoon on the horizon — the Chasing Amy director is coming back home. That’s right: Deadline broke the news on Monday that Lionsgate has purchased the rights to Clerks III, and that it will be happening, actually, sooner than you might think.

As you might have expected, given Smith’s tendency to put autobiographical aspects into his street-level work, Clerks III will deal with a fictionalized version of the medical emergency that changed the trajectory of the director’s life. Here’s Deadline with the synopsis:

“In ‘Clerks III,’ following a massive heart attack, Randal enlists Dante, Elias, Jay and Silent Bob to make a movie immortalizing his life at the convenience store that started it all.”

So, this has some potential, honestly. It’s easy to forget specifically how beloved the Clerks films (and the way, way better animated series) were back in the ’90s and early ’00s, and it would be incredibly amusing if this trilogy turned out to be like Richard Linklater’s Before trilogy, just for stoner man-children. On that point, here’s a quote that Smith gave Deadline about his intentions for this three-quel:

“There’s a saying from the Tao that goes something like ‘To be great is to go on. To go on is to go far. To go far is to return.’ Thanks to Lionsgate, we get to return to where it all started with almost the whole cast that started it all! And for the first time since the first time we ever made a movie in 1993, we’re shooting the entire flick on location in New Jersey, as an ode to both the enduring allure of cinema and the resourcefulness and lunacy of its storytellers. Years ago, Dante and Randal made me a filmmaker — so now it’s time I return the favor.”

Clerks III will begin production in New Jersey next month, and we imagine it’ll probably hit in 2022 unless they race to get this motherfucker out by Christmas.