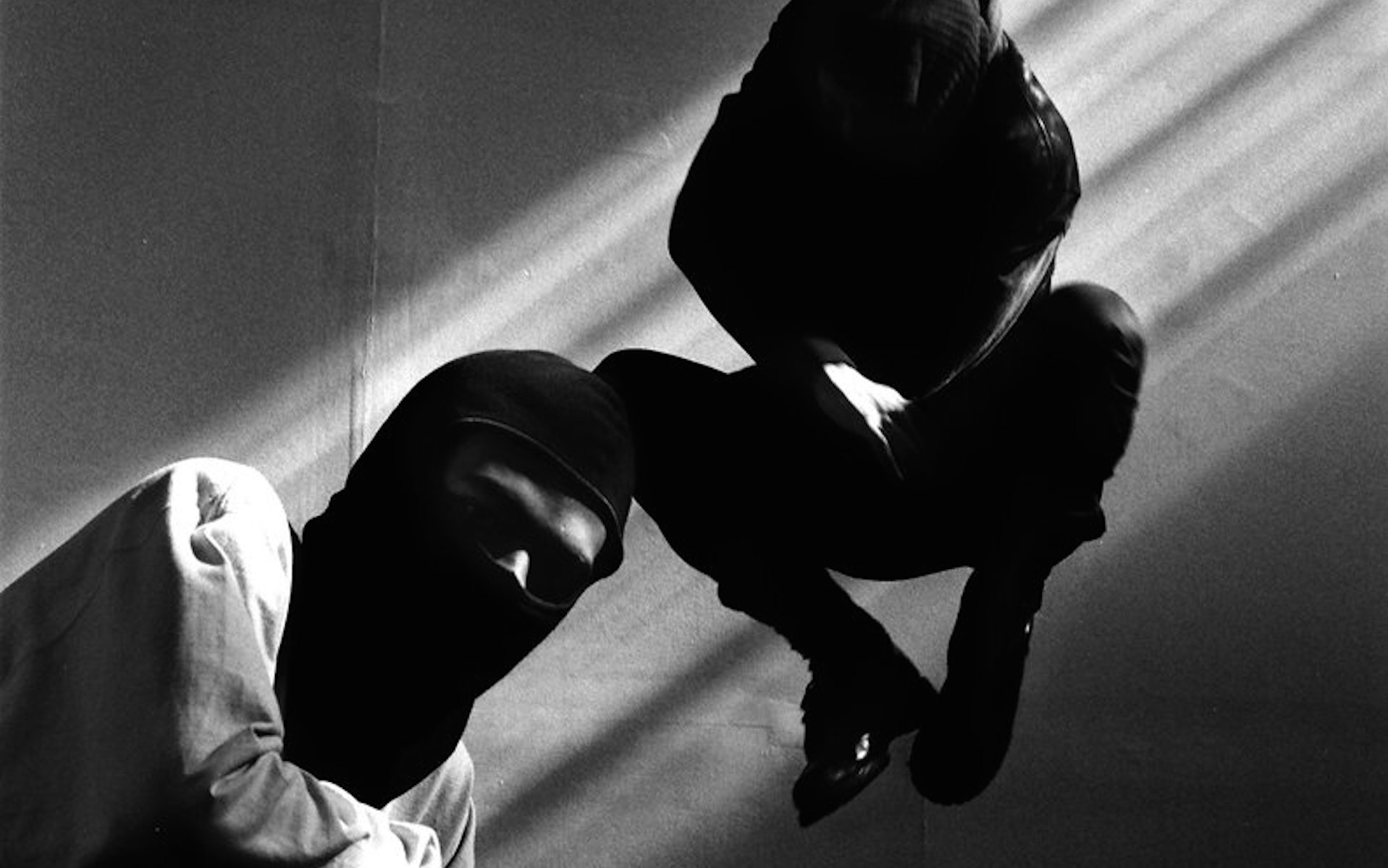 With Memorial Day weekend recently in the rearview, it was hard to not look back at what could have transpired last year at Boston Calling. Camp Blood were set to perform on the Saturday of the three-day weekend music festival, kickstarting a slate concluded by Run The Jewels and Rage Against the Machine. It was easy to trace both the outspoken and activist-minded lineage and the future potential of the Boston industrial hip-hop duo, and it seemed clear that Camp Blood’s days of opening shit up, even on that level, would soon be in the rearview as well. Haasan Barclay and Shaka Dendy are certainly more apt at shutting it all down.

Today (June 17), Camp Blood continue to launch a new beat on Boston with a closed-fist of a single in “Black Martyr,” which delivers an unsettling medicine ball thump of horror-core as Barclay and Dendy detail perceptions of Black Americans in everyone’s America. It’s a relentless salvo, clocking in at a razor-wired 112 seconds, in the endless fight against systemic oppression. This summer’s soundtrack is feeling the bass ricochet off buildings down Boylston Street.

And it pulls no punch. Says Barclay about the track: “I think that Black people deserve to be open in their anger towards the system that disenfranchises them.” Adds Dendy: “Even more haunting than being publicly lynched, or the fear in witnessing one, is being disappeared. That uncertainty has a lingering impact on those who knew you.”

If today is in fact “617 Day”, Camp Blood just dropped the new sound of our town. Let’s hope the duo is back on the Boston Calling lineup in ’22.