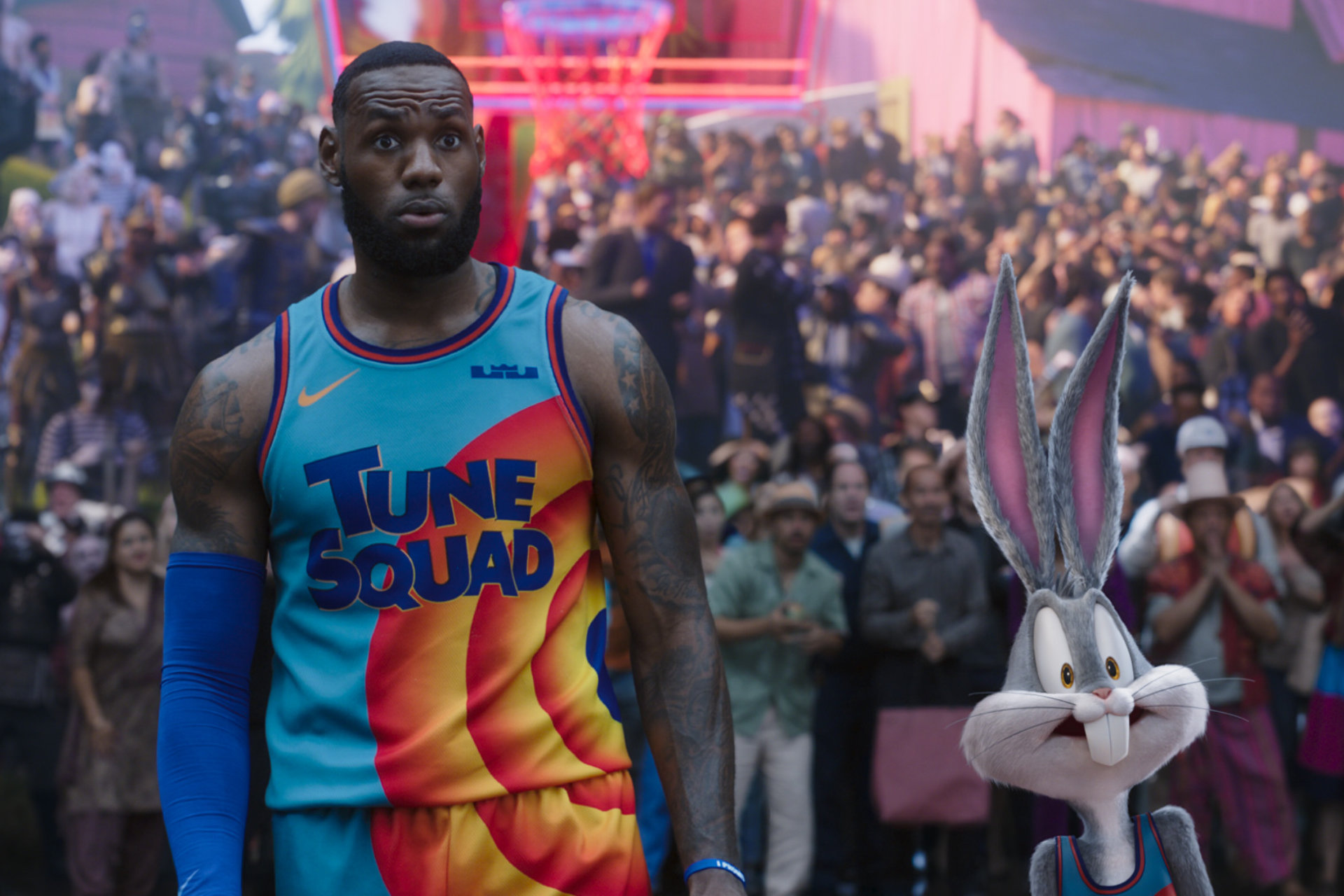 If you’ve been in the toy section of your local Target recently — hey, action figure collectors and/or child-rearing parents are both cool in our book, as long as you aren’t hocking that shit on eBay, so no judgment here — you might have noticed that the shelves have been filling up with merchandise for Space Jam: A New Legacy. In fact, they might even have some of that stuff by the registers where you are, because there’s nothing that someone going to buy single-ply toilet paper and Drano needs to impulse-buy more than a Stretch Armstrong-style figure of LeBron James. It’s a reminder that we’re growing closer and closer to what we’re affectionately terming “SJ-Day,” the long-prophesied day when the Tune Squad is once again unleashed upon the helpless moviegoing populace for dunk contests large and small. We’re concerned about one thing, however, but we’ll cover that at the end of this article (what, did you think we were gonna let you off easily?). To offer a small preview of that fine day, Warner Bros. dropped a brand-new trailer for the film on Wednesday, and, man, this still looks like an astonishingly odd movie.

“Welcome to the Jam! NBA champion and global icon LeBron James goes on an epic adventure alongside timeless Tune Bugs Bunny with the animated/live-action event ‘Space Jam: A New Legacy,’ from director Malcolm D. Lee and an innovative filmmaking team including Ryan Coogler and Maverick Carter. This transformational journey is a manic mashup of two worlds that reveals just how far some parents will go to connect with their kids. When LeBron and his young son Dom are trapped in a digital space by a rogue A.I., LeBron must get them home safe by leading Bugs, Lola Bunny and the whole gang of notoriously undisciplined Looney Tunes to victory over the A.I.’s digitized champions on the court: a powered-up roster of professional basketball stars as you’ve never seen them before. It’s Tunes versus Goons in the highest-stakes challenge of his life, that will redefine LeBron’s bond with his son and shine a light on the power of being yourself. The ready-for-action Tunes destroy convention, supercharge their unique talents and surprise even ‘King’ James by playing the game their own way.”

Space Jam: A New Legacy will hit theaters and HBO Max on July 16. And, finally, our concern: We really, really hope that Warner Bros. signed a cross-promotional deal with A24 so that we can see exactly how our man and Basketball icon Howard “Howie Bling” Ratner would have bet on this game. We’re almost one hundred percent sure that ESPN will release some jokey lines before the film releases — after all, what better way than this to introduce kids to the world of sports gambling? — but we need to know how Howie would have handled it.