By Michael O'Connor Marottaon May 10, 2021
ShareTweet 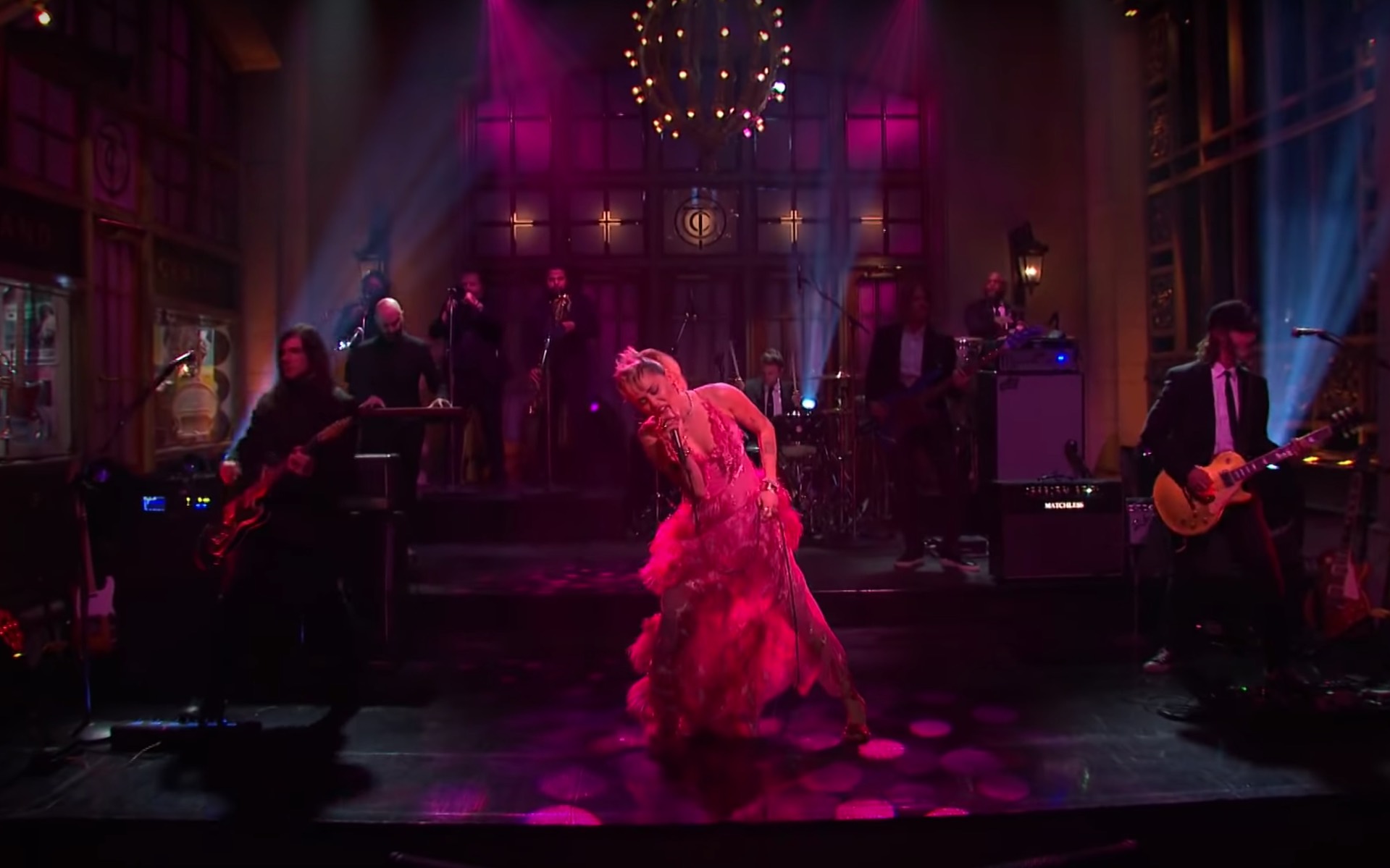 Yeah yeah, we know; Elon Musk hosted Saturday Night Live over the weekend. The Tesla and SpaceX guy dressed up as Super Mario villain Wario, wrestled with cryptocurrency, and even brought out Grimes dressed as Princess Peach over what was quite the ultra-hyped appearance. But for our money, all hearts and minds were firmly entrenched in whatever Miley Cyrus was about to do as the week’s musical guest. And it threw us back to our vibe many years ago, when we here at Vanyaland banged out Miley coverage pretty much daily during the Bangerz era.

Though that era and persona is planted in the rearview, Miley showed why she’s a legendary talents, offering up three musical performances over the course of the show: A Mother’s Day cold open where she covered Dolly Parton’s 1977 track “Light of a Clear Blue Morning”; a remix of “Without You” featuring The Kid LAROI; and a sizzling rendition of last fall’s whit-hot single “Plastic Hearts.”

It got us worked up good, and now we’re sitting here on a Monday wondering if our life-sized wrecking ball is still in storage somewhere in the basement. We have only about two years to go before we’re celebrating that one’s 10th anniversary.

Fire up all three performances below.