‘Mortal Kombat’ Review: An ugly mess, but a bloody fun one 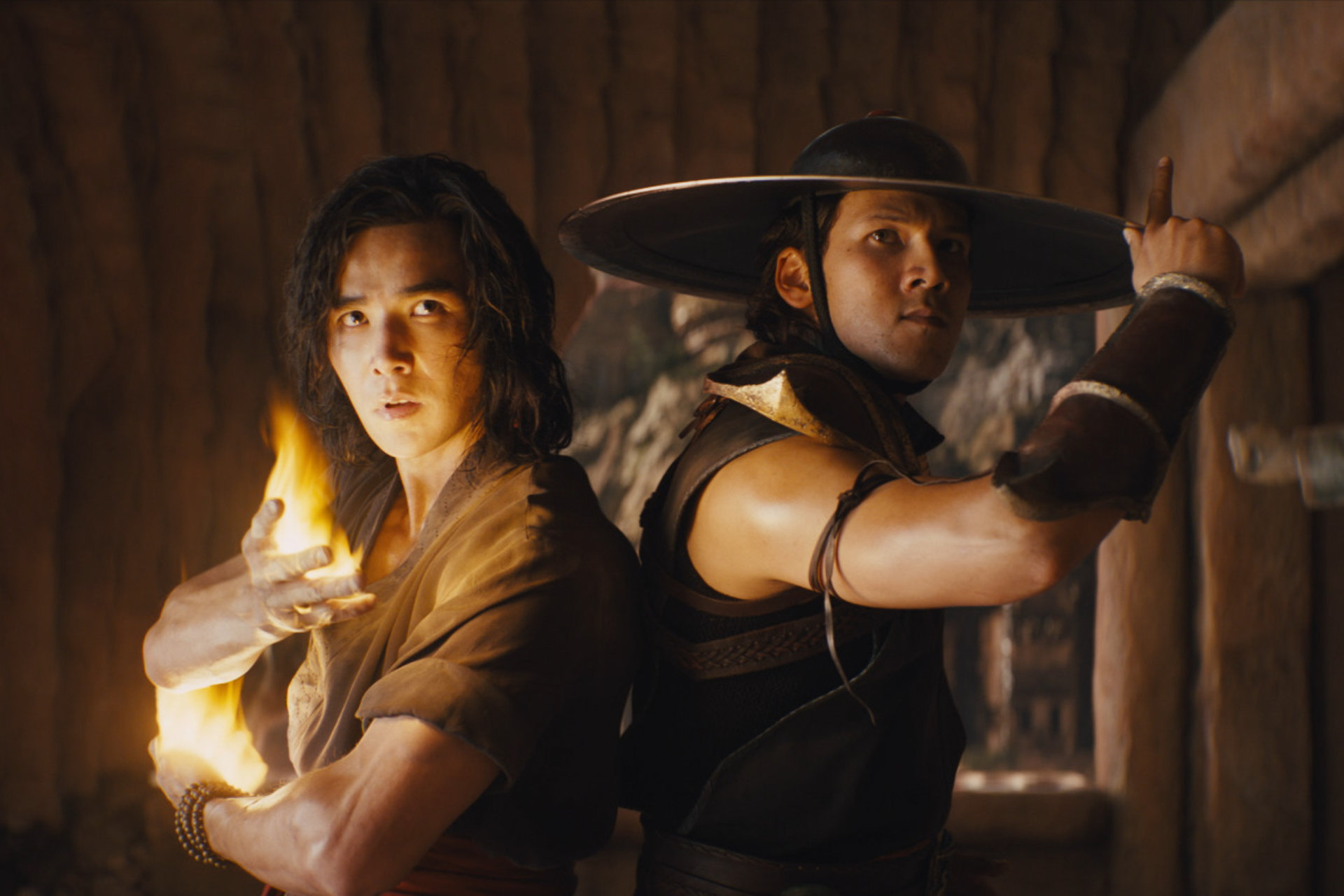 When Godzilla vs. Kong released a few weeks back, I spent a lot of time wishing that folks would stop using the word “stupid” to describe something “fantastic” or “fanciful,” given that there’s a key difference between a knowing acknowledgment of the absurd and ridiculous and something being plain ol’ dumb. But here’s something we can all agree on, regardless of which side of that particular debate you fall on: Simon McQuoid’s Mortal Kombat reboot is the kind of mercilessly stupid garbage that such language definitely applies to, and, if you’re anything like me, it means you’ll probably have a ball and a half with it. I’ve always admired the bizarre aesthetic-driven way that a game originally based on the Kumite from Bloodsport has, over the 30 years since it began its existence as an arcade game and, later, as a treasured Genesis cartridge nestled next to aged copies of Hustler between your mattress and boxspring out of sight from your parents’ prying eyes, managed to pull in sci-fi, fantasy, kung-fu, and samurai elements into the most bizarrely complex lores of any fighting game. It was exploited in amusing fashion by Paul W.S. Anderson back in the ’90s, and it’s a genuine wonder why more films haven’t taken advantage of the carnage potential here — perhaps it’s a cognizance that they can’t compete with the immediate reward of the games narratively, or because of the MPAA’s limits on what you can do with your gore — but this is, at least, a start.

It certainly is a weird one, though. McQuoid, for whatever reason, does away with the tournament trappings that defined the Anderson film and the first few games, and instead, after a brief prologue set in Samurai-era Japan where otherworld goon Sub-Zero (Joe Tasim) battles The Man Who Would Be Scorpion (Hiroyuki Sanada), sets his film’s first act like The Terminator, where the parallel-universe soldiers of sorcerer god Shang Tsung (Chin Han) are hunting down Earth’s champions (identifiable by a Mortal Kombat logo scar on various body parts) before the final battle can even begin. One of these dudes is Cole Young (Lewis Tan), an MMA fighter and family man who’s taking cheap fights in boxing gyms that barely come close to his former glory as a champion fighter. He’s a wet blanket of a protagonist, and he spends the entire movie getting the shit kicked out of him by much cooler opponents before he decides to be like Batista in Man With the Iron Fists and grow a thicker skin. But that’s not important right now: what is important is that he’s saved from Sub-Zero’s ambush by Jax (Mehcad Brooks), a tough-talking military man who sacrifices his arms and his life so that our man can meet up with Sonya Blade (Jessica McNamee), Jax’s comrade-in-arms. She’s hiding out in a trailer with an Aussie mercenary named Kano (Josh Lawson), where she’s Rust Cohle’d the place in news clippings and pictures, trying to uncover the secret of “Mortal Kombat.” Hint: the secret is that Lord Raiden, thunder God, needs these warriors — alongside the fiery Liu Kang (Ludi Lin) and circular-saw hatted Kung Lao (Max Huang) — to whip some Otherworld ass.

Back to Sonya’s little trailer for a second: If that description stirs something in the bowels of your memory, well, you’re in good company, because it did the same in mine. What I was thinking of was Ken Tancharoen’s Mortal Kombat: Rebirth, a fan film that caused a stir in the heyday of Reddit back in 2010 and, along with the success of the modern iterations of the game, convinced Warner Bros. to give the series another shot on screen (Tancharoen was the original director of this film, but left during the larval stages of pre-production after getting nowhere with the web series Mortal Kombat: Legacy). It’s clear that aspects of his approach to the property — “Kombat” as mystery, the roles of Sonja Blade and Jax, the mid-budget ethos — remain emphasized here, but it’s interesting to see how the innovations of the newer games have surpassed it. I’d argue that the modern Kombat games are among the most cinematic video games available on the market, mainly due to how its X-Ray attacks, special moves, and fatalities are portrayed as activated complicated cutscenes, rather than the static spine-ripping of the arcades. The fights here haven’t caught up with that level of innovation, and they’re very clearly stuck in the late-aughts quick-cut DTV aesthetic that WB smartly assumed was right for a web series. It’s kind of damning that the action within, say, Mortal Kombat 11 itself is clearer and more concise than what’s on display here, and a number of the fights — especially the one in the prologue and any in which in the lighting is less than optimal (Sonya vs. Kano, Sonya vs. the split-mouthed Kitara) — are downright incomprehensible.

On the other hand, there are moments in which the ineptitude meshes smartly with the campy trappings of the property, and they occur most frequently in the dialogue. The script often feels as if studio heads gathered together a focus group of 12-year-olds, taught them a bunch of cuss words, showed them a bunch of Stallone and Schwarzenegger movies, and then asked them to write tough-guy lines. There’s a swear-off between a masked former soldier named Kabal (voiced by Once Upon a Time in Hollywood‘s Damon Herriman) and Kano that is so absurd and stilted that it feels like it was ripped straight out of an Adult Swim show, and it had me straight-up gasping for breath when it was finished due to how hard it made me laugh. Many of the other one-liners feel the same way: they’re so awfully written that they ultimately hit the mark regardless of their intention or delivery (a direct contrast to, say, Mortal Kombat: Annihilation). But there is some genuine fun to be found here: there are a few really cool fights and splatter moments scattered throughout this shaggy narrative, and, against all odds, the appearance of a CGI Goro — the four-armed monster man — actually is kind of cool. Importantly, it has a few genuinely metal kills, including one where a dude’s head gets popped like a cherry tomato and another one in which Reptile, a lizard-man sent to kill Cole and Sonya, has his still-beating heart ripped out of his chameleon-like chest, and they’re so good I found myself wishing for more of them, maybe even one every four or five minutes. Happily, I remembered I could just play the game instead.

Now, I normally hate discussing “franchise potential” when talking about the merits of a single film, but since COVID times will undoubtedly overstate the film’s popularity via inflated streaming metrics and what limited theatrical income this generates compared to, say, all the other underpowered box-office offerings out there, there’s likely to be many more Mortal Kombat films in the future (Tasim has admitted that he’s contracted for five feature film appearances as Sub-Zero). I honestly wouldn’t mind this development if Warner Bros. weren’t so keep on protecting their non-prestige IPs from any measure of controversy. This is an ill-fitting ethos for a studio trying to make an adaptation of a video game series whose publisher got itself in hot water for forcing its developers to look at photos of carnage-ravaged human bodies as inspiration for its in-game fatalities. Rather than “stupidity, one should embrace the lunacy of the franchise,” of which the visceral Tex Avery/Rube Goldberg kills are a key part, and the rest shall follow, especially if Tasim were to get on the phone and call, say, Timo Tjahjanto, who directed him in the awesome gore-fu flick The Night Comes For Us (or, as I like to call it, the sole reason to keep one’s Netflix subscription). So, here’s to hoping that, like with the arcade games, round two is when shit gets iconic.