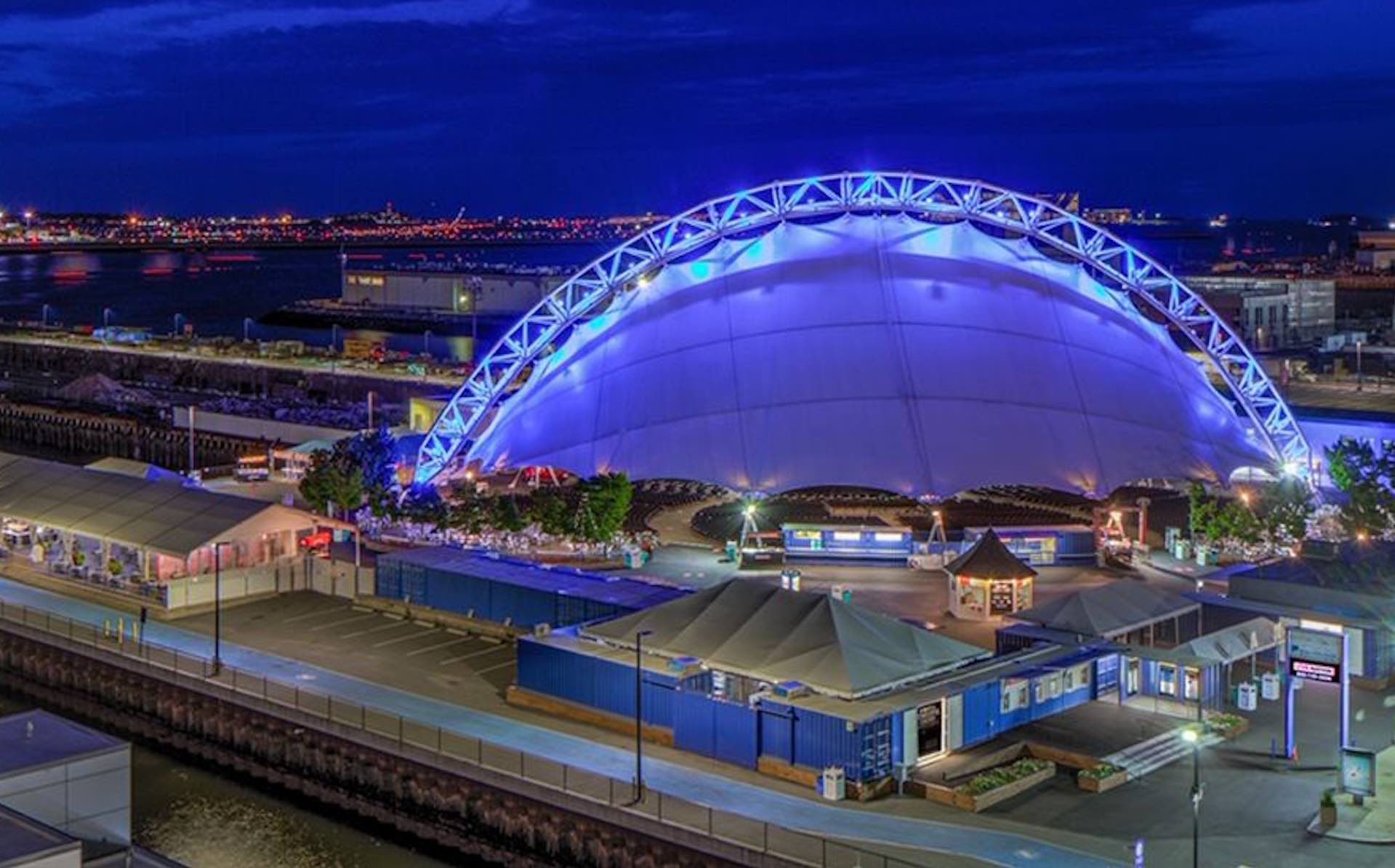 When live music returns at some point later this year, the Seaport’s outdoor concert venue will have a new name: Leader Bank Pavilion.

The new name-in-title sponsor for the 5,000-capacity outdoor waterfront amphitheater, known for both its big white tent and for planting a flag on the Seaport grounds long before everyone else did, was announced by Live Nation on Monday (April 5). Leader Bank is a Massachusetts-based “entrepreneurial financial institution” that was founded in 2002.

“Leader Bank is excited to announce our agreement with Live Nation to be the naming rights partner for one of the most iconic music venues in Boston,” says Leader Bank President Jay Tuli in a press release. “This is an exciting time for Leader Bank, as we grow our business and strive to become a household name. We hope that our Leader Bank Pavilion partnership provides our clients with unique access to shows and experiences and helps introduce the Leader Bank brand to future clients.”

The new name continues the Pavilion’s long-running bank-themed sponsorship run. Known as the Rockland Trust Bank Pavilion since 2019, the venue was renamed Blue Hills Bank Pavilion from Bank of America Pavilion in January 2014, and previous sponsored names for the facility include FleetBoston Pavilion and BankBoston Pavilion. In 1994, it originally opened near Fan Pier under the name Harborlights Pavilion before relocating to its current space on Northern Avenue in 1999.

As news of the new name circulated this morning, we’ll report, without looking it up or bothering to verify it, that a lot of people brazenly posted to social media that they still call it “Harborlights.”

“Dedication to the local community is of the utmost importance to us and few embody that sentiment quite like Leader Bank,” says Don Law, President of Live Nation New England, in the same release. “We are thrilled to have a partner like Leader Bank whose reputation is synonymous with community as we write the iconic Pavilion’s next chapter, a venue which has been an integral part of the fabric of Boston’s now bustling Seaport since 1994.”

For the full list of rescheduled shows coming to the Pavilion this summer, as of press time, click here.