Carve out some space for the new ‘Spiral’ trailer 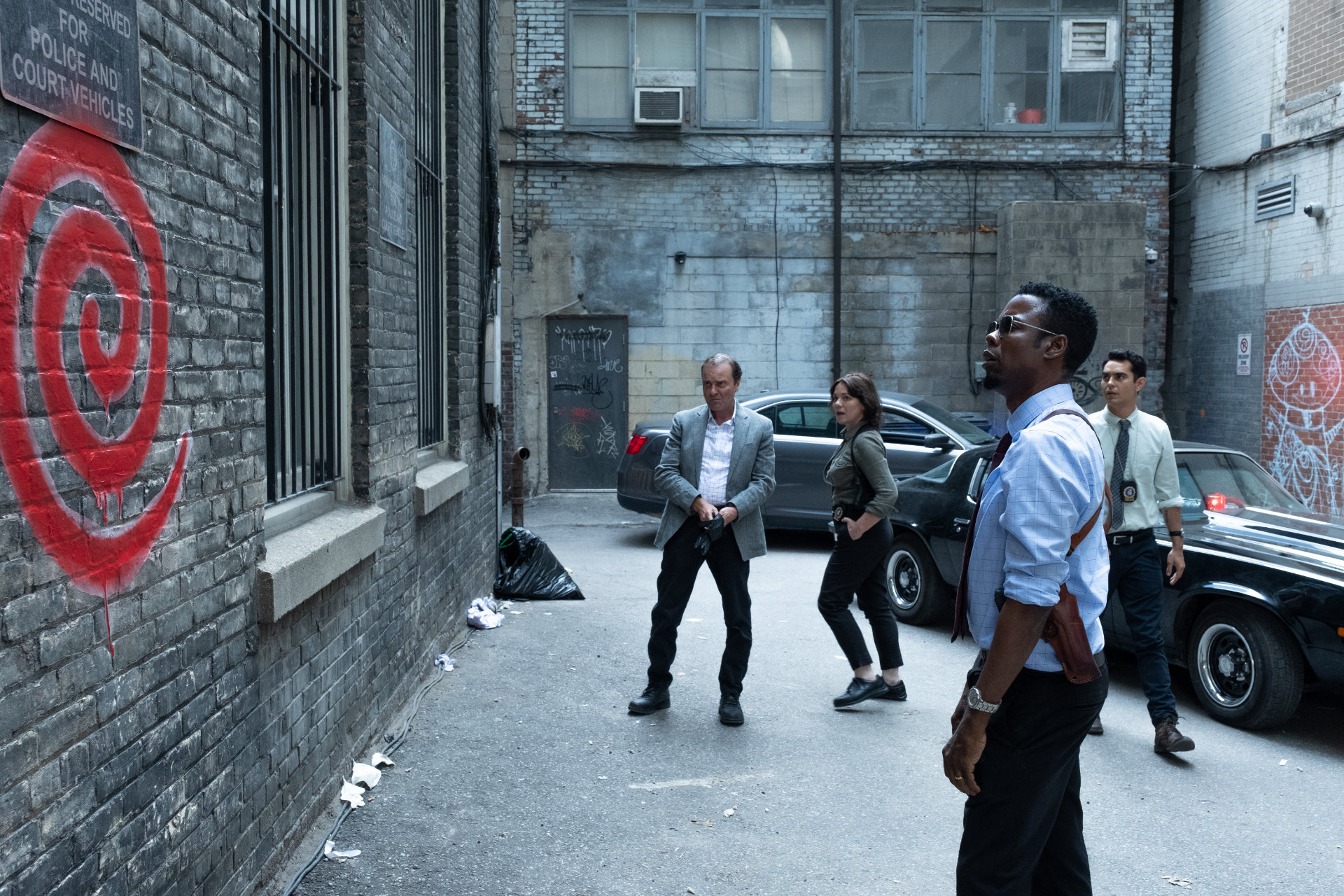 One excellent side effect of Disney being bearish about their chances at the box office this summer is that we no longer have to wait until the end of May to finally see what the hell Chris Rock’s Spiral is all about. Practically as soon as Black Widow moved to mid-summer, Lionsgate announced that the movie would be moving up a week from May 21, and it was all but assured that we’d be getting some new images or a trailer or something soon after. And, sure enough, Lionsgate announced on Tuesday morning that it’s trailer time, bay-bee, a solid two minutes and 20 seconds of horror mayhem so good you’ll forget it’s a Saw sequel (not that there’s anything wrong with that) or “rebootquel,” or whatever the hell they’re calling spin-offs these days — we can’t really remember. Anyway, the important thing is that it looks cool as hell, and we can’t wait to see it.

“A criminal mastermind unleashes a twisted form of justice in ‘Spiral,’ the terrifying new chapter from the book of ‘Saw.’ Working in the shadow of his father, an esteemed police veteran (Samuel L. Jackson), brash Detective Ezekiel ‘Zeke’ Banks (Chris Rock) and his rookie partner (Max Minghella) take charge of a grisly investigation into murders that are eerily reminiscent of the city’s gruesome past. Unwittingly entrapped in a deepening mystery, Zeke finds himself at the center of the killer’s morbid game.”

Spiral hits theaters on May 14, and we’re thinking that it probably should be a federal holiday, all things considered. If you get started soon enough, you can binge-watch the whole damn franchise before you go check this one out, though we imagine it’ll be significantly less relevant to enjoying this one than, like, Jigsaw. But who gives a damn about lore, huh? At least in this case?