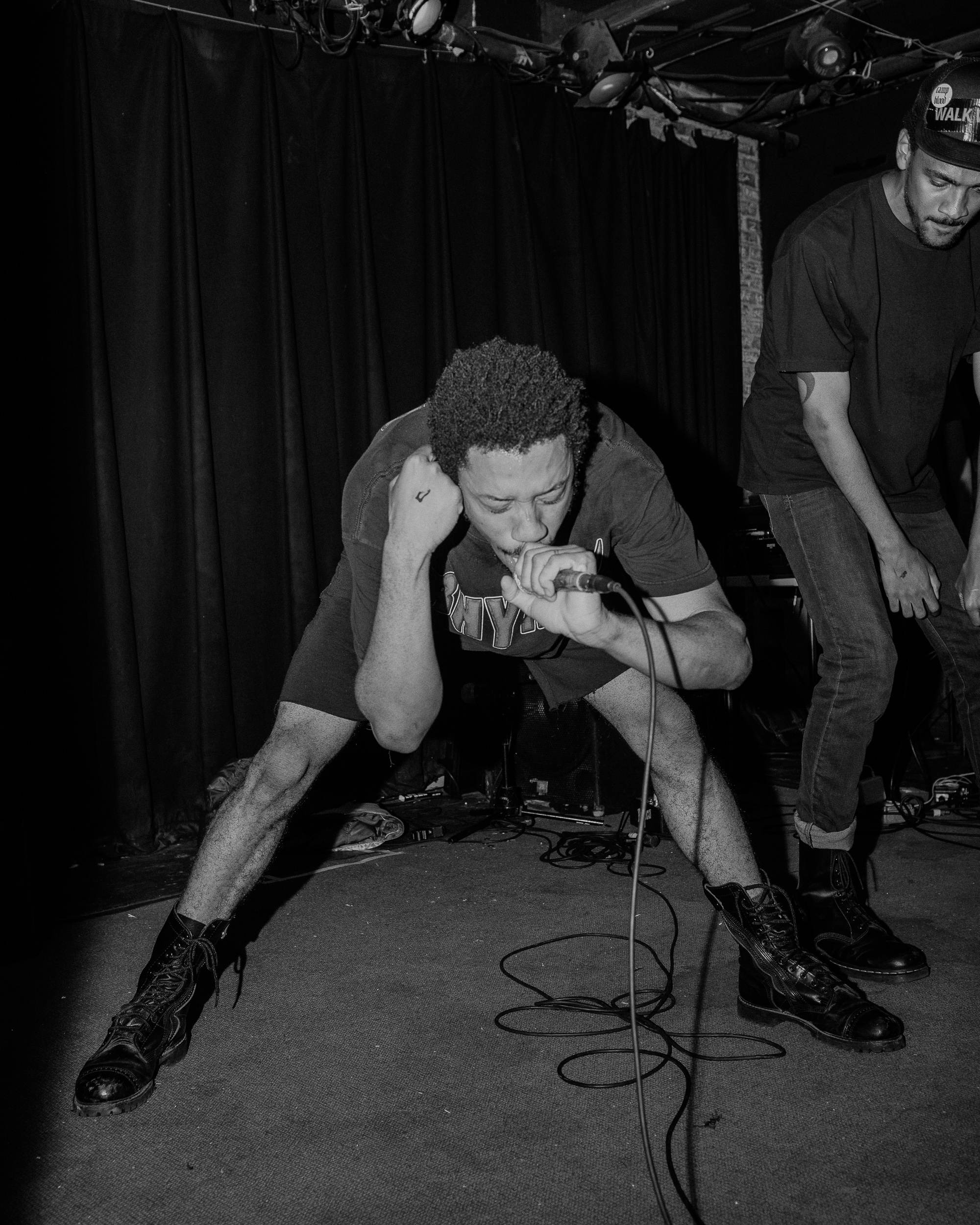 Camp Blood make music that’s meant for bowling folks over. Rug-pulled-from-underneath-you, head-spinning, sucker-punch-gut-punch music. And if they ever elect to part from that format, that’ll knock us over, too. But for now, the Boston hardcore hip-hip duo of Haasan Barclay and Shaka Dendy has delivered another tsunami of sound with their new track “Cenobite,” released last week (March 4).

The tune doubles down on the group’s signature grinding beats to craft a rigid, barren landscape, unearthed straight from Barclay’s mind.

“I put these sounds together at a time in my life when I was feeling a sense of stagnation and looming peril,” he says, explaining the song’s production. “The dissonant synths and jangly guitars relate to the far away feeling I was dealing with personally.”

The lyrics layered on top of Barclay’s disquiet tug the song in a different, more specific direction — one that illustrates the rigid bond between systemic racism and capitalism. Or, as “Cenobite” ponders, “the price of life in the box that you in.”

“I was having conversations with peers about Black people’s relationship to capitalism, and the purported irony of a ‘Black Capitalist’ — if we understand Black people to be the foundation of capitalism in a modernist sense, how can we be expected not to participate, even when the game is so evidently rigged against us?” Dendy adds. “Whether you’re the player or the ball, there’s something to be lost; innocence, in a sense.”