Aziya throws down one hell of an opening riff on debut single ‘Slip!’ 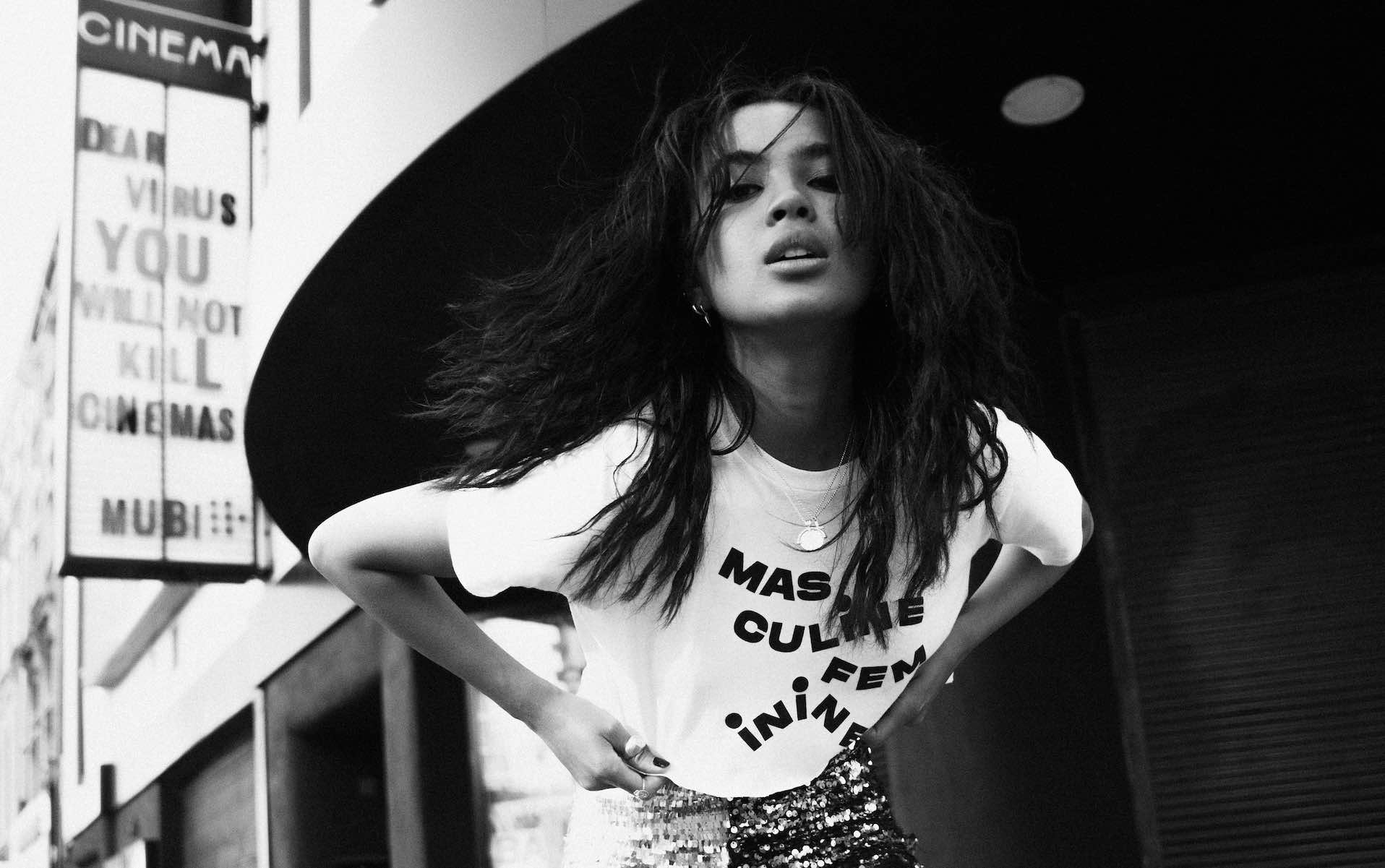 As the pandemic era maybe, hopefully, possibly starts to fade away and life resumes some weird sense of so-called normalcy, a lot of us will be looking back on the past year and examining how we spent it. There’s certainly no right or wrong answer, and anyone who simply made it out of all this is certainly worthy of high praise, but it’s interesting to see which musicians took their talents to creative new levels. For Aziya, the British musician built a mass following banging out riff-heavy covers on her Instagram, adding her own flair to familiars from Tame Impala, Kate Bush, Khruangbin, Pond, and others. Her looped rendition of Grimes’ “Oblivion” earned a share by the Canadian alt-pop artist, and H.E.R. invited Aziya to perform live on the California R&B singer’s Insta.

It was time well spent. And now that Aziya has our attention, she’s ready to blow minds at an even louder decibel.

Today (March 4) she unleashes her debut original single in “Slip!”, an absolute monster of a tune that splashes through the grit and grime of darkened alley of rock and pop. And the track bounces around a mental landscape of internally debating who to trust and who to walk away from.

“’Slip!’ is the idea of becoming infatuated with someone in a single moment or in my case a party, but once the moment’s gone you question why you were so infatuated, was it them or the version you made up about them in your head from that one encounter,” Aziya says of the track, which she wrote and co-produced herself. “I remember going to the studio the day after this party and just wanting to get all my thoughts and creations about this person off my mind. I wrote ‘Slip!’ as a warning to my hormones to chill out because if I keep this person on my mind any longer, I’m definitely gonna slip / fall for someone that’s not worth the time.”

“Slip!” the single lands today in tandem with “Slip!” the video, directed by Libby Burke Wilde. “When making the track ‘Slip!’ it immediately had a very raw and angsty energy, I guess cos of the nature of the lyrics — I knew straight away that the video needed to match this,” Aziya adds. “I also wanted to create an atmosphere similar to loads of sick small, sweaty London venues I’ve played in. This was really key for my first video seeing as that’s where this project was born.”