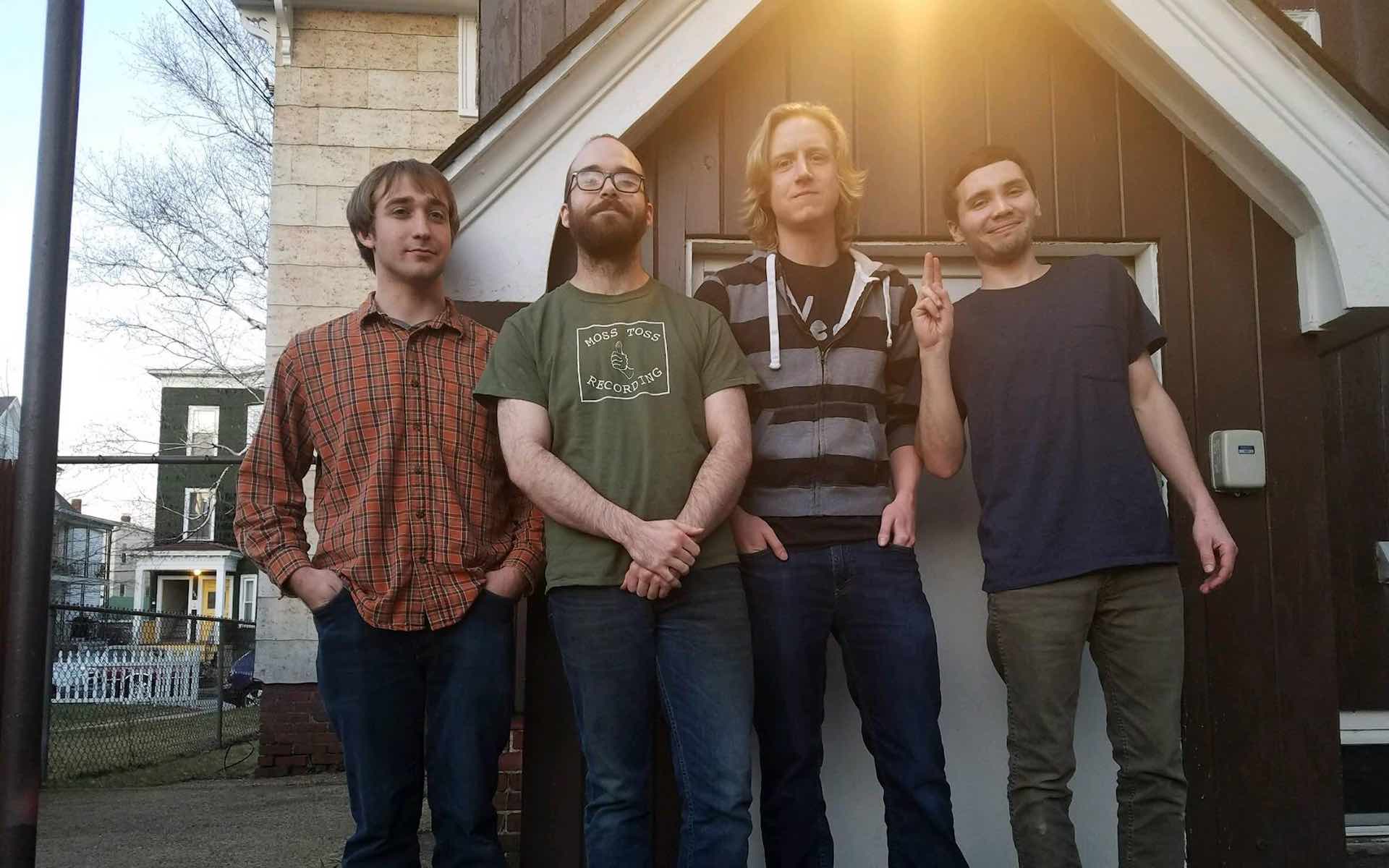 Here’s a fun game to play this weekend while you’re trapped indoors for the latest installment of We’re Never Gonna Leave The House Again Because The Pandemic Age Will Never End: Throw on One More Bite, the new album from buzzsaw stoner punk dudes Black Hatch, and see how long it takes during the LP’s 11-song, 27-minute run time for your head to spin so fast it flies off your neck and splatters against the wall like a paintball.

That’s the frantic roll of the Manchester band’s relentless new record, out today (February 26) digitally and on cassette via King Pizza Records. The fuzzed-out frenzy of One More Bite thrashes and aches, and on the rare occasion when it drops down from hyperactive overdrive, it sludges and trudges with a low-end heaviness that makes the listener debate if that extra bite was in fact worth it (spoiler alert: it was).

Black Hatch tell Vanyaland this collection of shouty bangers were all recorded over the course of a year, and center around universal themes of “forgetfulness, short-sighted decisions, overindulgences, homegrown legends, classic video games, hellish brews, the work grind, awful people, and uncommon heroes.”

“The album was inspired by our everyday lives and interests, and some of the struggles that occur within,” Black Hatch declare. “Most of the tracking was done at Black Heart sound in Manchester, with the vocals being recorded at our practice space. Re-amps, weird noises, and fun sounds abound, and it was a blast working with Eric Sauter to make it all come together. As always, there is a clip from Good Burger hidden within. The tracks were mastered by Dereck Blackburn of Quiethouse Recordings in Massachusetts.”

Hit play, have another bite, spin your head, and hit the road with Black Hatch via Bandcamp below.