The Last Show: Cameron Esposito at Moda Center in Portland 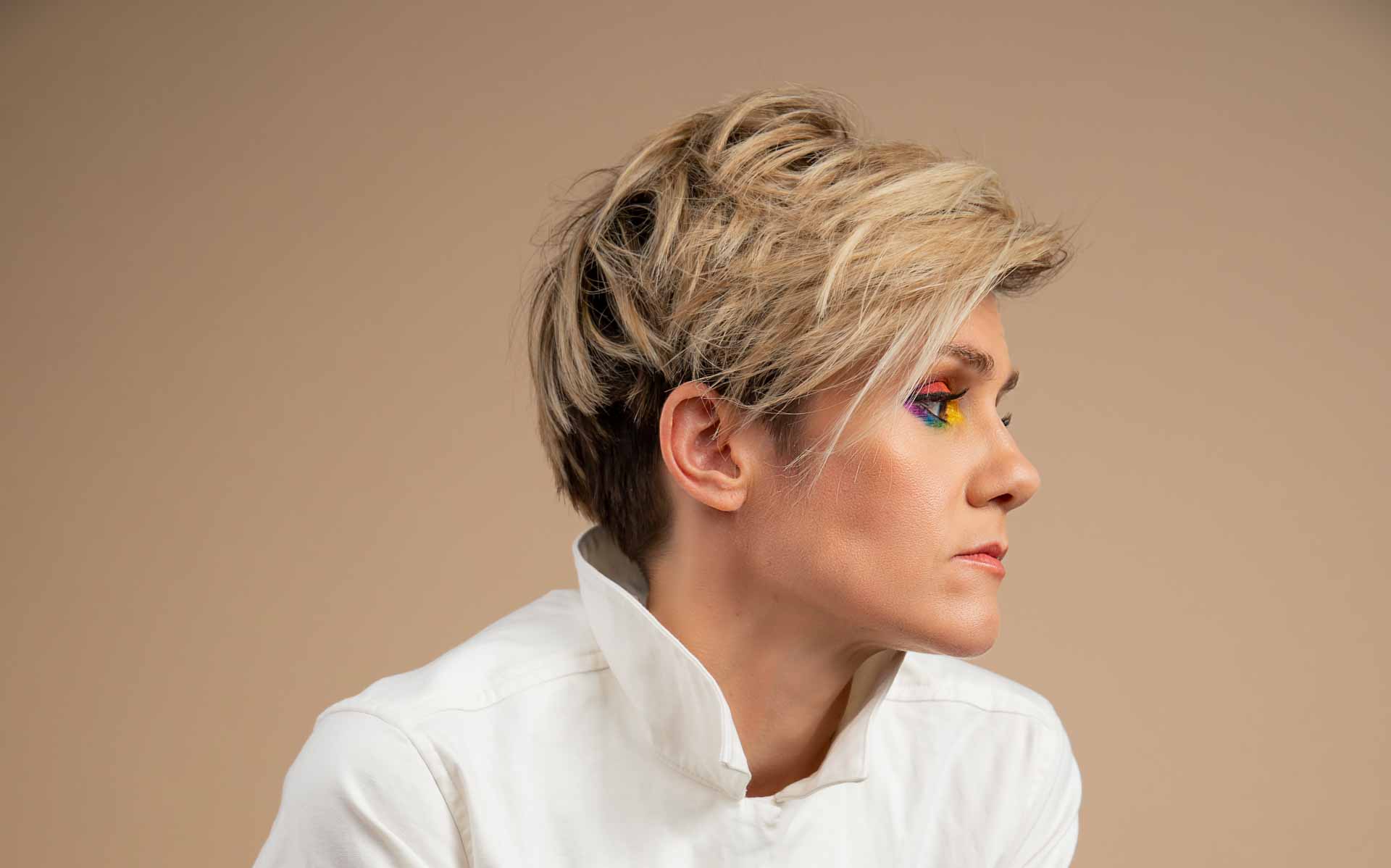 Cameron Esposito: February 20, 2020 at the Moda Center in Portland, where the frickin’ Blazers play.

No one. I was doing an hour at a fundraiser for an arts in schools program for an audience of donors. Seating was on the floor of the arena and, yes, I did appear on the Jumbotron and my name scrolled across that ticker tape screen that circles the room for the full hour.

The set was tough. Fundraisers and award shows are always tough because folks are eating, distracted and chatty — but the crowd was had fun and was warm. It was that thing where I thought I died a bit and then got feedback after. “Best event we’ve ever had!” — so literally who knows.

Honestly, what sticks with me is the Blazers were sponsors of the show and I stayed in town the following night and went to see a game. I’d been trying to give myself a little time to enjoy the cities where I was performing rather than my usual in and out, and for this one, thank god I did. It was the last big public event I attended before the world closed.

I would have panicked. Utterly. I was supposed to go on a big book tour, to the Edinburgh Fringe Festival and then do a run at Joe’s Pub in New York and all that work, revue, planning went away. Instead, I’ve had the chillest year of my life. I haven’t been in one city this long maybe ever, but definitely in the last 20 years. Nomadic life was sort of killing me and I’ve a had to chance to reevaluate what I want to do, who I want to spend time with. I would never have chosen to be away from the stage this long, but I think it has been a good thing for me.

Maybe I would have tried to enjoy the feeling of just being in a room with that many other souls. Though, likely not. More likely I would have attempted to crush as hard as possible and store up that feeling.

Well, my first book turns one next month. That classic pandemic bestseller, Save Yourself. Other than that, I’ve been developing a few shows — an animated one, a panel show, a docuseries and a half-hour comedy — and we’ll see what happens there, and taking divinity school classes. Enjoy the curveball of that last one.