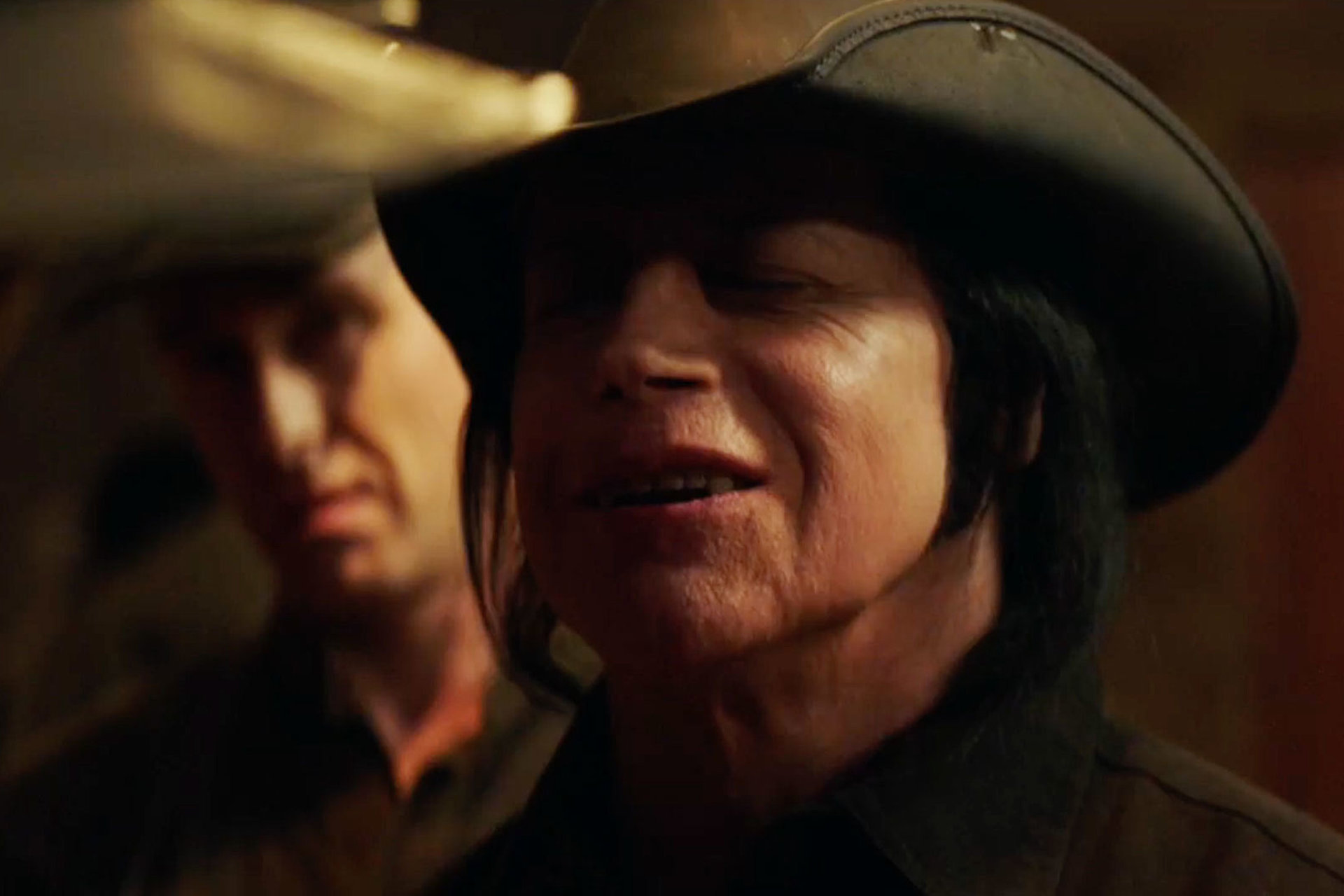 F. Scott Fitzgerald once said that “there are no second acts in American lives,” but we’ve spent the better part of the last decade proving him wrong, at least in the film industry (yes, we’re aware that the quote is taken out of context, and probably doesn’t fit, but bear with us for the joke). George W. Bush became a painter. and so did Jim Carrey. Jenny Slate wrote a book, and it was actually pretty good! And, most wonderfully, Glenn Danzig decided to start making movies, and we’re all so much richer for it. His first project, an erotic horror film called Verotika, premiered to hoots and hollers back in 2019, and please, if you have any interest or desire to laugh in the near future, we highly recommend you check it out at your earliest convenience. Because you’re gonna want to see that before you check out his next film, a spaghetti western-styled vampire movie called Death Rider in the House of Vampires. And you better bet that Danzig cast himself in it, too, as you can see from the film’s trailer, which hit a day or two ago.

Actually, scratch that. Grab everyone around you and get them to come to your computer and/or phone, and then everybody peep it:

You don’t need a synopsis for this. Why would you, when you’ve got that title? It’s about a dude — a Death Rider, in fact — who goes into a house of vampires, and mayhem ensues. What we do need is an explanation as to why Julian Sands is in this film in the first place. It’s a long way from Merchant/Ivory, that’s for sure, but it’s always awesome when you get a straight-up legend in something truly bizarre like this. Also, Devon Sawa’s in this, huh? Cool.

No word on when Death Rider in The House of Vampires will hit, though we assume it’ll probably be sometime this year. Hopefully, it’s well after everybody’s vaccinated so that we can get straight-up trashed and watch this with our pals on the big screen at some point after the stroke of midnight, preferably near Halloweentime. It’s a Danzig spaghetti western, goddamn it, and if anything called for a raucous roadshow release, it would be this.