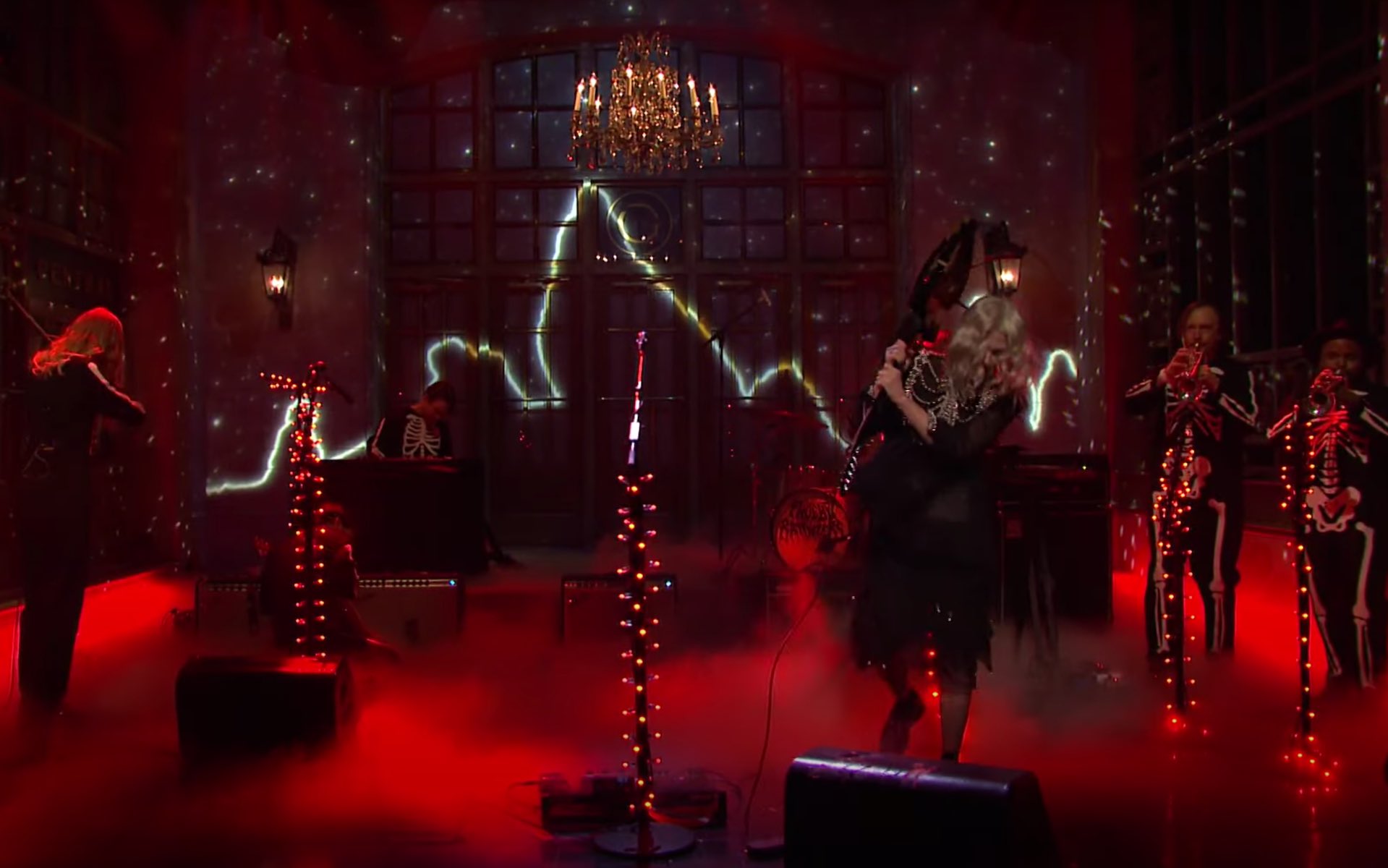 There’s an image from rock history that lives in thousands of bedrooms, practice spaces, and guitar shops across the globe. It was snapped decades ago, yet is still printed on t-shirts and peddled at every self-respecting record store and thrift shop.

It’s of Pete Townshend holding a Gibson Les Paul, back arched, poised to smash that fucker into the stage at any moment. “This guitar has seconds to live,” the accompanying ad reads, promoting The Who’s double album The Kids Are Alright, released in 1979.

That one photo — that single piece of marketing material — is still heralded as one of rock’s most badass moments in music history. And when Phoebe Bridgers tried to wreck her own guitar onstage during Saturday Night Live last night (February 6), Twitter clutched its pearls with horror.

The incident, which simply featured Bridgers doing a classic over-the-head smash after her performance of “I Know the End,” has stirred up so much discourse that it will likely go down in notoriety right next to Sinéad O’Connor’s Pope-photo-ripping ordeal. (Bridgers also performed “Kyoto” on last night’s show.)

Every tweet questioning Bridgers’ motives expresses anger, confusion, or simple distaste for the finale. What each post also fails to mention is that ruining instruments onstage is something that men in rock music have been praised for over the course of the past 50 years.

This isn’t controversial, this is well-worn territory; guitar-smashing has always been a welcome spectacle. But in the hands of a woman — which many folks seemed to make sure to mention in their critiques — it’s suddenly “extra” or disrespectful to an instrument she’s supposed to “revere.”

The fact that Bridgers has drawn so much criticism for something that’s frankly now pedestrian reenforces a reality that’s already obvious: How can a woman succeed in rock music, if something as normal as busting a six-string ignites the internet? With outraged and petty reactions like this morning’s, there’s little to no wiggle room for women to move ahead, let alone forge their own artistic paths.

Women are still fighting for their right to be taken seriously in their respective crafts in 2021, although curiously, the struggles vary by style and genre. Somehow, it’s often easier for society to accept a women as a good pop musician — you know, since pop is thoughtless and trivial anyway — than it is for them to accept her as a skilled musician with an instrument in her hands. The criticism that creative queer, non-white, and trans women face is even more ubiquitous (and ridiculous).

This morning, the internet deemed a well-established tradition in rock music “too much” in the hands of a woman. The frenzy calls to mind years of women being torn apart for “not smiling” during performances, wearing “unladylike” clothes and hairstyles, or expressing any emotion that isn’t joy or adoration for a man.

This uneven book of rules leaves very few “acceptable” choices for women in music: Pose, wink, utter a sensual chorus, and traipse offstage. Men don’t seem to have a rulebook at all, as recently demonstrated by country singer Morgan Wallen. A video of the country singer using a racial slur surfaced online and he was seemingly rewarded for this unsavory behavior with enormous boosts in music sales and streams this week.

One man’s “iconic” actions in 1979 have become another woman’s controversy in 2021. Seemingly, 42 years would be enough for music fans to accept guitar-wrecking as a fun, neat thing to do after a set. Alternatively, Bridgers’ performance has only made one thing clear: There’s a lot more than a guitar that needs smashing in the music industry.