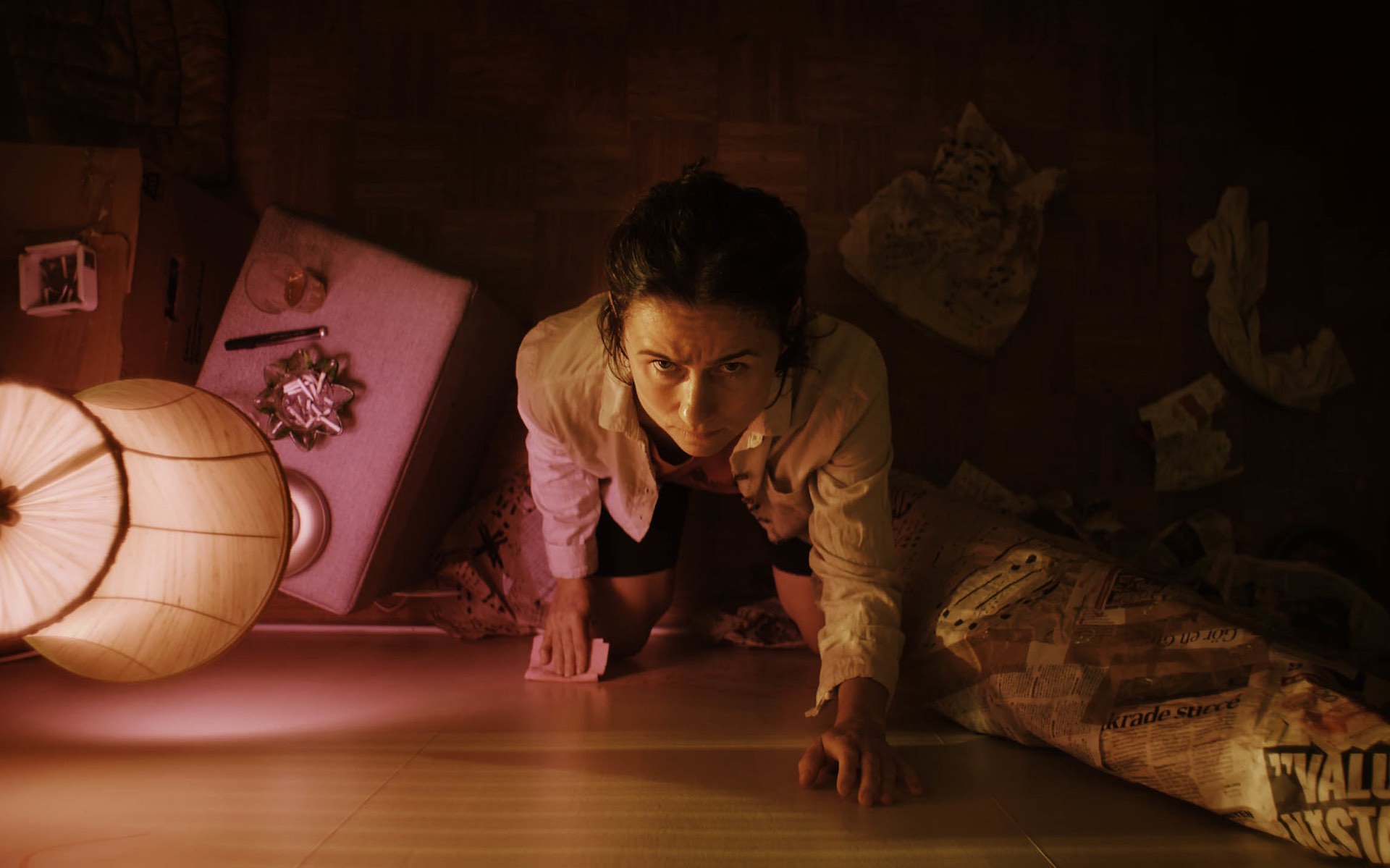 Frida Kempff’s feature debut Knocking is the latest in a long line of horror tales centered around one of the most animalistic sensory reactions we have: That of the unknown sound and the anxiety it produces, both over its origins (there could be a predator in the woods, after all) and whether or not it actually exists (did I really hear that?). But, aside from a solid lead performance from Cecilia Milocco as Molly, a woman freshly released from a mental hospital who is haunted by thumping comping from her ceiling, and a few cool sequences, there’s not too much new that Knocking brings to the table. It’s shorter than practically any other film outside of the short program at this year’s festival, clocking in at a breezy 78 minutes, but it feels longer than many of its Midnighter companions.

We begin with the final days of Molly’s stay in the hospital, where she’s kept under observation following a tragedy that caused her to snap. She’s released, and moves into a new apartment, high above the streets, with an assortment of new neighbors — some kindly, others standoffish — and a pleasant super to help her out. With her doctor’s help, Molly tries to resume some aspects of her routine before the tragedy, and it seems like she’s beginning to make some progress. But then the knocking starts. It’s almost rhythmic, coming from her ceiling, and her neighbors have no idea where it’s coming from. It stops whenever someone comes into the apartment, as she finds out when she calls the police, and continues when she’s trying to go to sleep or to do anything at all. Soon, she begins to believe that it’s Morse code, and tries to translate it, and this, of course, takes her down a rabbit hole of delusion, and that doesn’t end well for anyone.

Milocco’s work here is strong — she’s able to present subtle changes in Molly’s state of mind as the movie progresses, and her suggestions of unpredictability (and the hints of violence or detachment) make her compelling, even if Knocking never really taps into the full narrative potential of her descent into lunacy. Yet, Kempff’s restraint behind the camera can only go so far in maintaining a steady and suspenseful tension, and there are moments in which the film drags, which fails Milocco’s work as well. Thematically, it’s also frustrating to see yet another film in which trauma-provoked mental illness is essentially portrayed as a death sentence, in which violent action is the only appropriate relieving catharsis, given how hard Knocking goes to try and make its main character’s decline empathetically tragic.

But there are stylistic choices here that I really admire: I really liked the way Kempff depicted Molly’s specific bursts of mania, following her in a close fisheye third person, as it gives an intense immediacy to the proceedings, while also emphasizing the jumpy paranoia of her circumstances. We’re immersed in the dregs of the moment with her, the distance between viewer and subject as close to shattered as it can get without resorting to a first-person perspective. They’re the most effective moments of the film in which the full potential of this type of terror is hinted at — a loss of control, a lashing out — but it’s subsequently dismissed, a climactic high point that the film’s fiery finish simply can not muster up the energy to equal. But overall, Knocking may be worth a watch for those hopeless, terrifying moments, seen through the wild-eyed gaze of its protagonist.