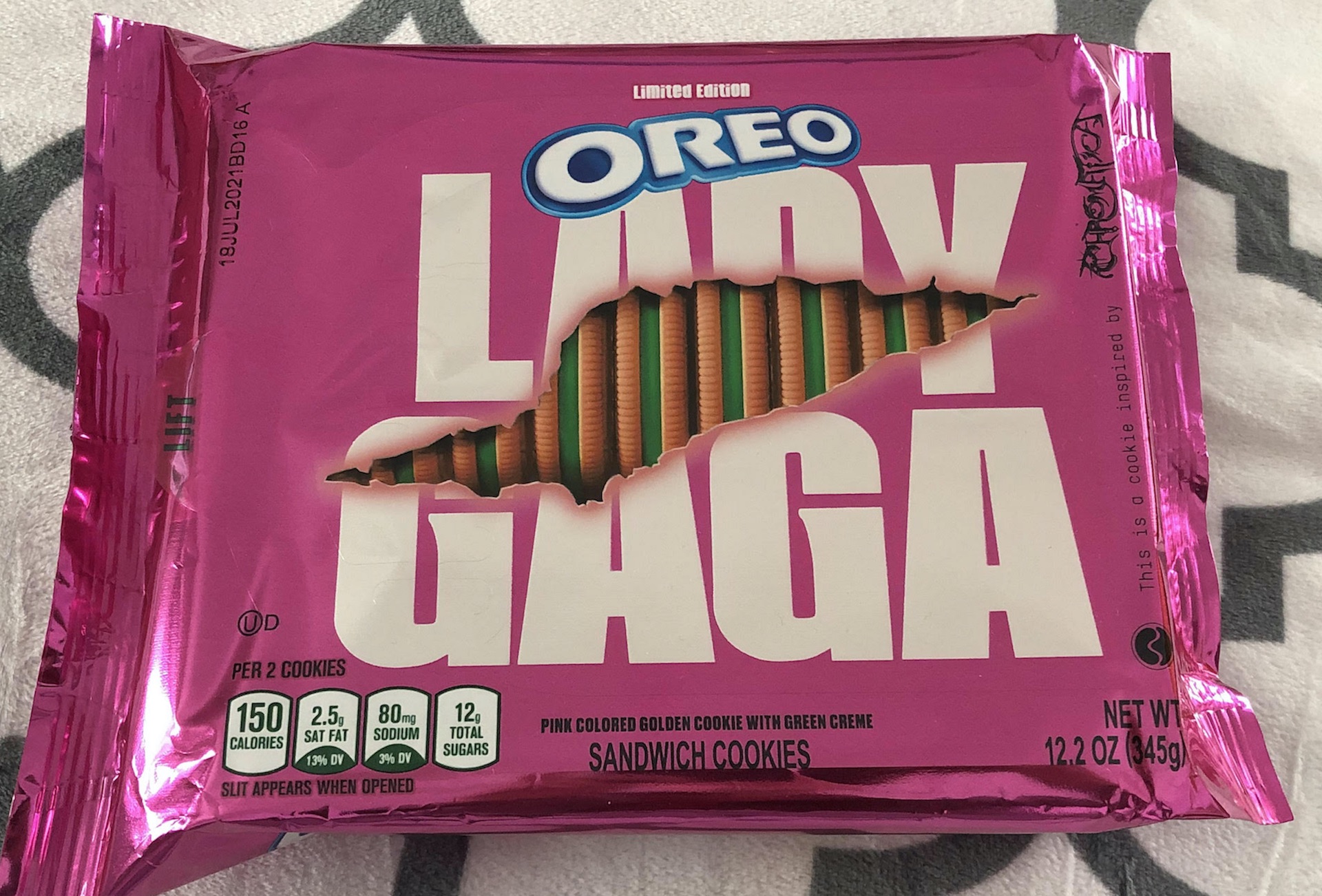 After a month-long wait, Lady Gaga fans can get their paws on Chromatica-inspired Oreos, which hit supermarket shelves last week (January 28) across America. The pink and green cookies are “golden” flavored, much to the pleasure of fans who expected something more grotesque and/or extreme (like the time Gaga’s perfume “Fame” was initially described as smelling like “an expensive hooker”). Some of the chains currently stocking the limited-edition Oreos include Walmart, Target, and Hannaford.

Each cookie features one of three designs: Either “Chromatica” written where “Oreo” would be, a heart design gleaned from Gaga’s “Stupid Love” music video, or a mini-recreation of the Chromatica album cover. The full-size packages come wrapped in metallic pink foil, mimicking many of the designs used for Chromatica’s rollout, even down to the “In Chromatica, no one thing is greater than another,” label on the sides. Overseas, the cookies only feature special pink packaging, with “regular” chocolate Oreos inside.

Gaga had previously announced the cookie collaboration in early December 2020, without citing a real reason for the limited-edition Oreos. “I decided it was a good idea to have, um, a Chromatica Oreo, which is a pink cookie with green filling,” she said in a video on Twitter — which wasn’t exactly informative. Mini packs later popped up around New Years Eve at 7-Eleven and Wawa, which are still available in select locations.

Before beginning your cookie quest, please enjoy some special tweets from Gaga fans buying enough cookies to last through them the apocalypse, as Oreo stocks rise at an alarming rate.