Sundance 2021 Review: ‘Cryptozoo’ is modern adult animation at its finest 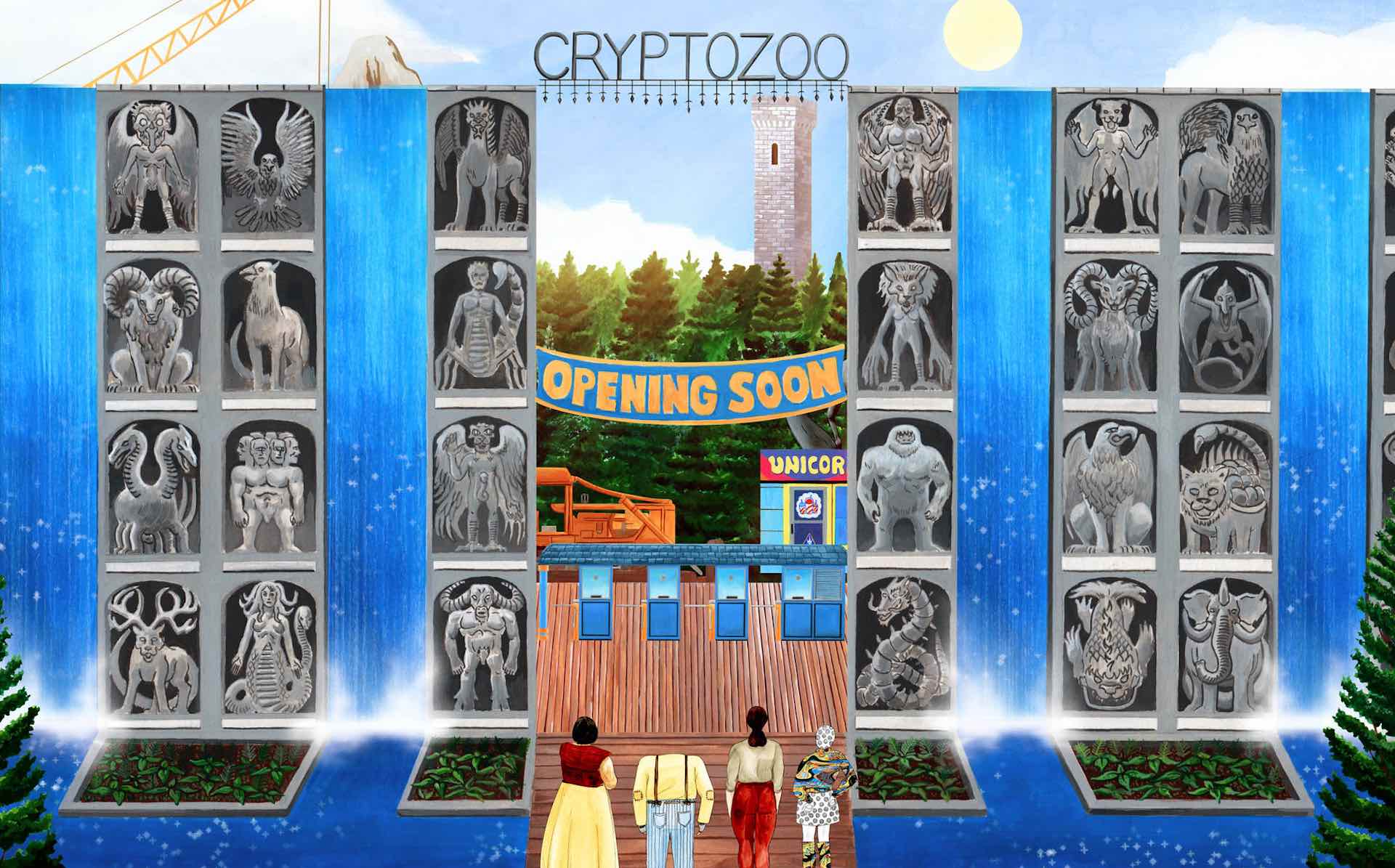 Dash Shaw and Jane Samborski’s new animated film Cryptozoo is as if a page from one of the Kramers Ergot collections I had in high school somehow emerged from the recesses of my childhood bedroom and showed up at my house with a pipe wrench looking both to collect the feelings it loaned me and to remind me just how good it hurt to read those comics at the end of teenagerhood. It makes sense, then, that Shaw, an accomplished cartoonist who took his work to 24 frames a second back in 2016 with his first film, My Entire High School Sinking Into the Sea, has submitted stories to each volume of the journal since 2012 and would be the person to bring the tone of those yearning-yet-brutal anthologies to the screen in spectacular fashion. It is a gorgeous and haunting elegy for a certain kind of magic that one cannot hold on to, lest they be consumed by it, and it’s also the kind of face-melting shit that will totally ruin an evening spent on the couch after a few too many dabs.

Cryptozoo is about exactly what it sounds like: Joan (Grace Zabriskie), a kindly old wealthy woman, is about to open a refuge/theme park for the hunted and hurt cryptids of the world. What’s a cryptid, you may ask? Think Bigfoot, the griffin, the Loch Ness monster – here, in her sanctuary, the magical creatures of the world that have either been hunted to extinction or have hidden so thoroughly that humankind has forgotten that they existed outside of myths and legends. Her hunter and our protagonist, Lauren (Lake Bell) scours lands far and wide looking for evidence of creatures in trouble, so that she may free them by any means necessary and bring them back to the zoo, where, even if they may be captive, they’re at least safe. Lauren has a history with these creatures – when she was a military brat growing up, a kindly pig-elephant named the Baku ate her nightmares after she had night terrors in Japan, and she’s always wanted to find it, both to thank it and protect it. After a mission in Russia goes screwy thanks to the intervention of the U.S. Military and government agent Nicholas (Thomas Jay Ryan), Joan tells her that they’ve found the Baku and that she’s teaming her up with Phoebe (Angeliki Papoulia), a Gorgon who sedates her snakes and wears contacts to blend in, in order to find the creature before the government does.

This may sound like the kind of film that your Camp Cretaceous-loving kid would enjoy, but Cryptozoo revels, Princess Mononoke-style, at the intersection between fantasy bliss and the horrifically real. It turns out, for example, unicorns can gore people, as a pair of nudist hippies discover in the film’s first minutes after waxing poetic about their dreams of revolutionary change, and the government agents and soldiers fire real bullets at the creatures small and large when they get in their way. The colorful beauty of these creatures are rendered with vivid care by Samborski’s animation (Shaw is the credited director, but the film goes out of its way in its credits to stress their collaboration), and so is the violence that humanity visits upon them. The people, on the other hand, are shakily-captured and oft-shifting in their perspective, contrasting their plainness with the greater wonders of the world around them, offering its own textural hint about the beasts’ majesty. It is really a tremendous film on a visual level, and I believe that’s unimpeachable.

As is typical with this type of work, it drags in certain spots depending on how the vibe shifts, from moment-to-moment (some of the digressions they go on in their quest, like a visit to a topless bar, are frustrating in how they slow the film down), and the characters can often be inconsistent depending on the action, though they’re thinly sketched for a reason – you don’t want one overwhelming the rest of the party. Indeed, the consistency of the bittersweet tone and its thematic unity smooths out some of the bumps in the road. In some ways, Cryptozoo really is about the end of a sort of adolescence – a realization that one must occasionally let go of the things that meant something to them if they’re to allow others to be able to experience their magic, even if they had the best intentions in keeping it where they did, and Shaw and Samborski capture the precise pain of that particular moment with the particular mythopoetic splendor that it deserves.