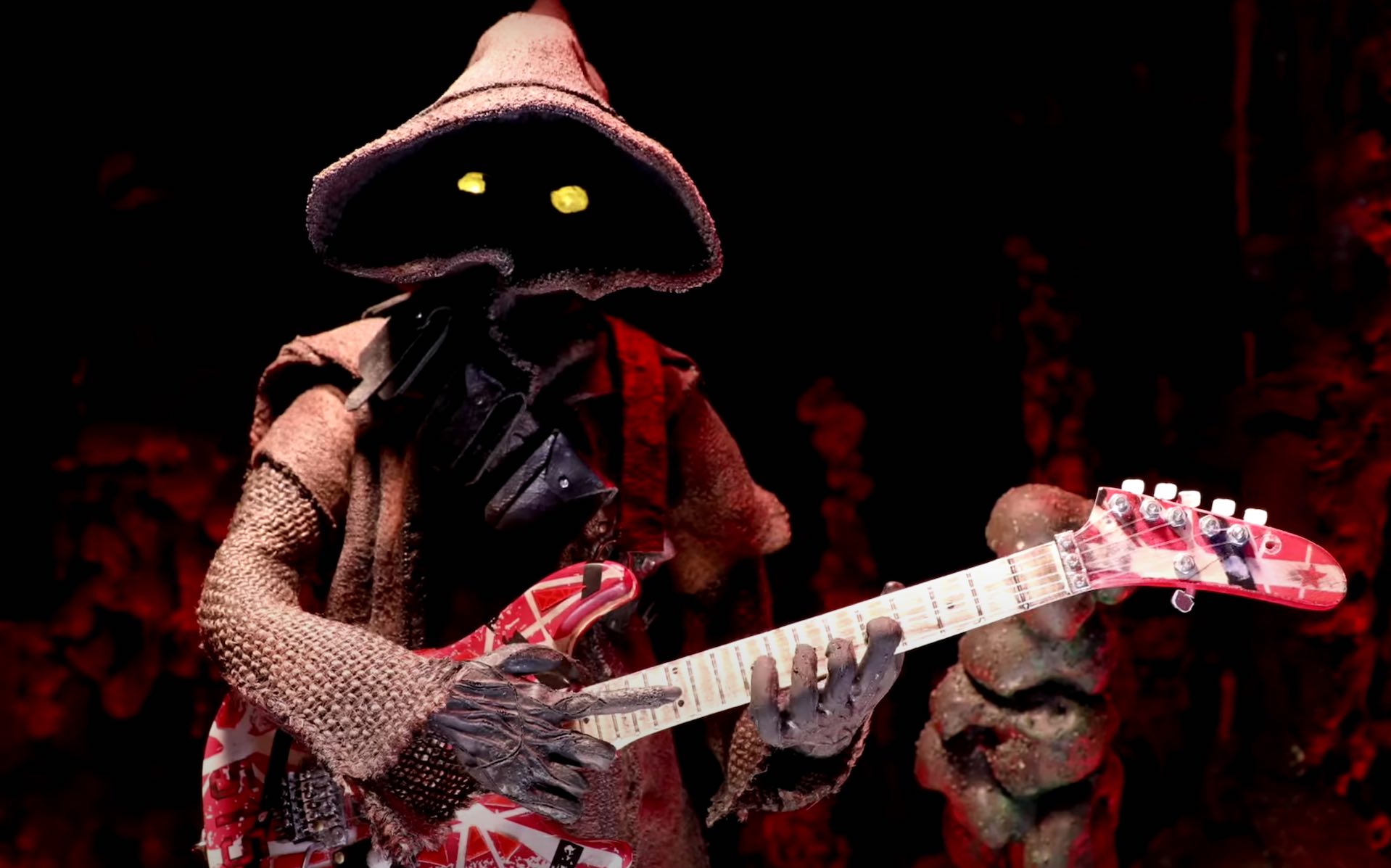 The October death of rock icon Eddie Van Halen sent shockwaves through the galaxy, and not even our favorite scavengers on the far-away, long-ago Star Wars planet of Tattooine are immune to the emotion. As tributes have poured in over the past few months, including ours from Michael Christopher, here’s one that’s all sorts of impressive on a few different levels: YouTuber Thomas J. Yagodinski has honored the guitar hero with a crazy stop-motion animation video of a Jawa shredding Van Halen’s classic track “Eruption.”

The painstaking process has been detailed on Yagodinski’s Instagram page, and the hard work is paying off nicely, as the heavily-detailed 2-minute clip — titled “JAWA PLAYS ERUPTION: A Stop Motion Tribute to the Great Edward Van Halen” — is starting to get noticed after it was posted over the weekend.

“This was an extremely FUN way to pay respects to a musical Legend and to also challenge myself to recreate Eddie’s amazing solo, frame by frame via stop motion animation,” Yagodinski writes in the video description. “Is it perfect? Of course not, that’s impossible and nothing ever is 🙂 The Jawa is a stop motion puppet I fabricated and the guitar is the 1:4 scale (16inch) Mini Guitar (#EVH-004) that I further customized. The set……well, that’s from/for something entirely different!! Hope you have as fun watching as I had creating 🙂 🙂 :-)”.