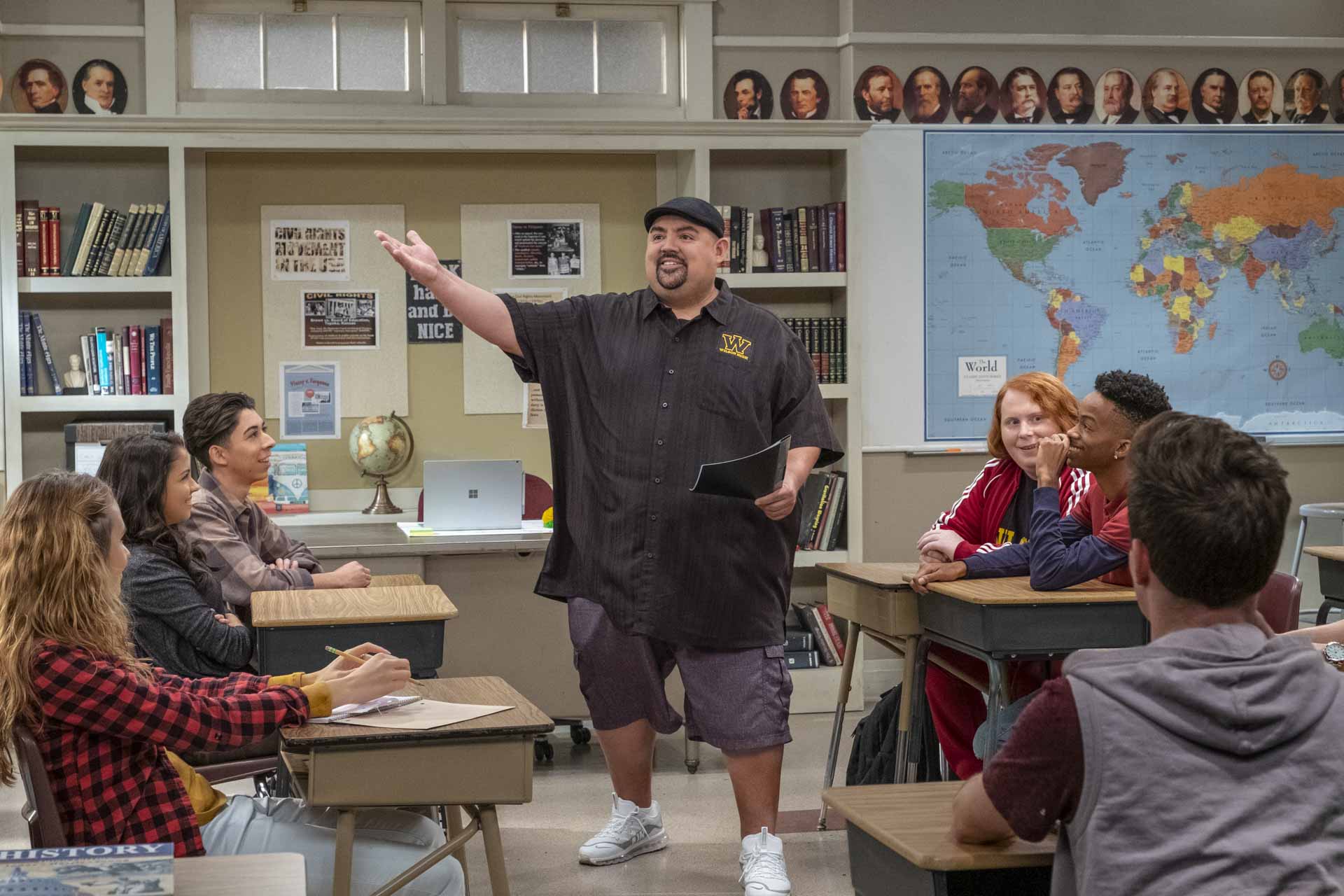 Gabriel Iglesias is certainly no stranger to being the set of a television show, but the experience during his most recent scripted project, Mr. Iglesias, which premiered its third season on Netflix earlier this week, is a bit different in all the best ways.

Sure, his name is literally in the title, but that’s not even part of it. What truly separates the show from similar past projects for the stand-up superstar is the true feeling of family and collaboration that he’s experienced with the cast while working on set, and while the entire process has certainly raised it’s fair share of creative challenges, as well as some critiques from fans on certain messages that the show conveys, Iglesias is taking it all in stride as he stands firmly by the show’s positive overall message, and hopes that he can continue the journey with the rest of the cast for some time to come.

We got Fluffy on the horn to talk about the new season, how the show’s tendency to address current events and provide its own social commentary have challenged his long-standing comedy philosophy, and how his time on the show has affected his approach to his stand-up game. Check it out.

Jason Greenough: Starting off, the third season of Mr. Iglesias hit Netflix earlier this week. Now that the season has premiered, what’s the overall feeling as you continue this project?

Gabriel Iglesias: Well, the overall feeling is that we’re just waiting to see what happens. If it was last year, I would have a different outlook, but this year is one of those times where we’re all just waiting to find out where we’re going with everything, and then we can figure our own lives out. With the show, this season wrapped before the pandemic hit, so if we do get another season, we’re definitely going to address what’s been going on, as the show has been very good with staying on top of any current events. As far as the storylines, the romance that is brewing is certainly something that would definitely be built onto.

I’m usually the guy that finds out after everything is written. I mean, I do have my input here and there, which is cool, but at the end of the day, we have trust and faith in our writers, and I know we’ll definitely be expanding on the romance, and address everything that’s been going on.

Now that season three has wrapped, how different was the feeling for you this season, as compared the first two, now that you’ve been doing this for a while and finding your groove?

It does feel like we’ve hit the groove, because everybody is really comfortable. It’s like a symphony, where in the beginning, we’re all about to play solos, and we’re like a cohesive unit now. Is cohesive the right word? I’ve been reading a lot more. [Laughs] It does feel a lot more in sync now, though. Everybody is on board, and it just feels so right. I’ve been on shows before where you can just tell that it’s going to be like cranking an old-style engine.

I’ve really enjoyed the show, and being able to see it grow, and see a different side of your comedy, in a way. Obviously, they’re two different beasts, really, but in that spirit, you mentioned staying on top of current events, which really hasn’t been something you’ve done in your stand-up. How different was it for you to come from your usual approach in the stand-up world and then, with the show, start addressing current events or things that some might consider political?

Well, that was a big fear of mine in the beginning, because it is one of those things that I try to avoid. As I tell people, I try to stay away from politics, religion, and sports, because all three of those are divisive. But with this show, we did take a chance. I definitely took a chance in allowing politics to be something that does get addressed on the show, or even just things that could be considered divisive or controversial.

At the end of the day, we try to make sure that there’s a positive message behind it. You can never please everyone. Believe me, I’ve read some messages where someone will write ‘oh, you used to be so good about being non-political, and now you have people making statements,’ and this and that. If I had other actors saying certain things, and not me, I thought I’d be safe, but no. At the end of the day, the show says Mr. Iglesias on it, and I just happen to have that name, so I’m the one that catches all the heat for it. [laughs] Fortunately, the show is doing well, but I have gotten some heat for it. But again, at the end of the day, we’re trying to spread a positive message, and if somebody gets hurt by that, it’s unfortunate, but these are kids, man. We want to make sure the message is clear about working hard, being nice, and showing what a difference one person can make in the lives of kids.

Being three seasons in now, what have been your favorite parts of the process over the past few years?

It’s one of those things where putting everything together, and watching everything start off as just little seeds, and then watching them grow. When I walked into that classroom a few years ago, it was like ‘oh man, what am I doing?’ because I had been on other shows as a recurring character or a guest star on a show. That’s way different than leading a show. There are pressures and responsibilities, but at the end of the day, it’s the joy of seeing how the show did work, and seeing that it is possible for me to trust other people, and not just me as the comic, director, writer and producer. [laughs]

It has been a really good experience. I think it’s the fact that everyone has gotten along so well, just clicked, and the chemistry is just there. There have been no issues on the set, and it’s not uncomfortable. I’ve worked on shows where one person sets the tone, man, and sometimes, that’s just not a fun tone to be around, and it makes you not want to be there. But everyone looks forward to being there on that set, and that’s an awesome feeling. People are genuinely upset and sad when the season is over, so when people say that it’s like a little family, it really is.

Obviously, this year hasn’t exactly been the year for live stand-up, in terms of the comedy world–

It hasn’t been the year for a lot of things. [laughs]

Oh, for sure! But I guess looking back on the first few years, has this show affected your approach to stand-up?

When I’m doing stand-up, like I said, it’s all me. I write my show, I direct, everything falls on me. Working on Mr. Iglesias, and having to trust writers and directors, and trusting producers to guide you, at the end of the day, I’m just trying to be talent. That’s a tough one. It has shown me that, if in the right hands, I can trust others in stand-up to either help me write or create certain elements to make my performance better. I’m serious when I say I’m a control freak. Ask anyone. If it’s my stand-up, I’m all over it, I’ve got my hands in everything, and it better be right. But this show has shown me that it is possible, if you have the right people in place, you can start having others in place to help inspire and create.

There’s still a lot of uncertainty about 2021, and what that brings that in terms of live comedy coming back and getting back on stage, or really anything in general, like you said. But are there any goals that you’re looking at going forward as we close in on the end of 2020?

My goal would be to finally get back on stage, if life permits. I know there are places where comics are doing shows, whether it be outside in a parking lot, or a drive-in, or online, or even at comedy clubs where it’s 40 percent capacity with plexiglass. I want to make sure that when I go back out there, that it is safe, and more importantly that it’s safe. So, my hope for 2021 is that we can get to that place where we can get as close to ‘back to normal’ as possible, and I can continue to do what I do best, and that’s getting back up on stage.