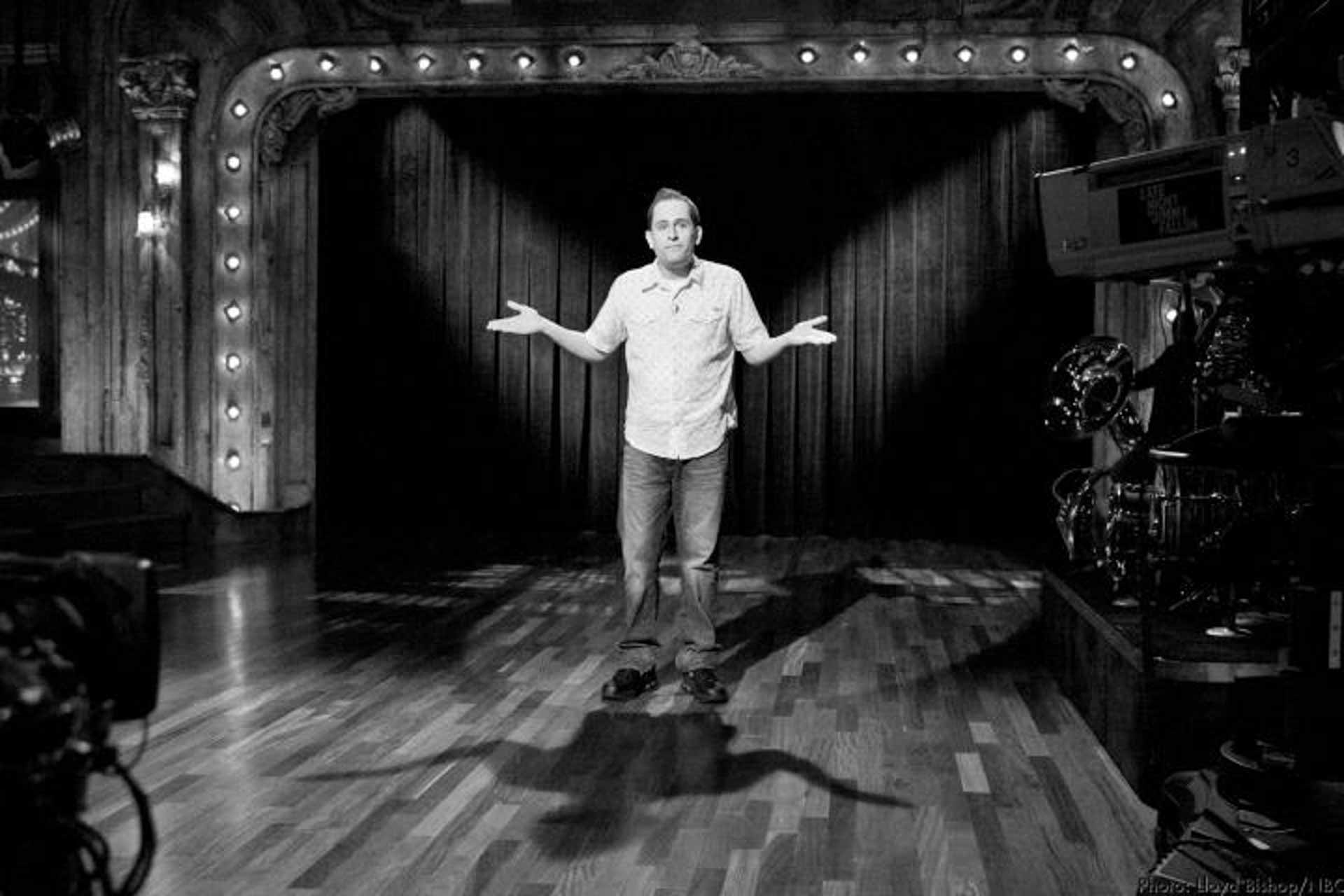 Jon Rineman is no stranger to working with a team of writers to deliver jokes by the truckload. He is, however, new to delivering those jokes in the form of a card game, and the experience thus far has turned out to be a worthwhile endeavor.

As head writer for the up-and-coming party card game Anti-Social Skills, which you can see live in action tonight (December 1) as part of the Boston Comedy Festival, Rineman was initially unsure of what to expect when he was first approached with the project. But as time has gone on, the game has picked up quite a bit of steam via its Kickstarter, and he’s made amends with the fact that his name shows up next to “ASSkills.com,” the former Tonight Show writer has increasingly enjoyed the process and how the game has the tendency to bring down the guard of some of comedy’s more stoic representatives.

“As we’ve played the game with people, it’s gotten more fun, and we’re incredibly excited not only to see the reaction to the kickstarter, but just seeing people laugh at it and have fun, especially people I know in the comedy world who never break,” Rineman tells Vanyaland.

While the New Hampshire native and Emerson grad may have a hearty resume himself, including stints with the Fallon team, the WWE, the ESPYs and the White House Correspondents dinner, he’d rather keep the praise for his team of writers.

Composed of a mish mash of comics from Boston, Chicago, New York and Los Angeles, the game’s writing staff, and their proven innate abilities to write killer jokes, has Rineman on cloud nine. However, with a group consisting of Abbi Crutchfield, Jason Marcus, Jenny Zigrino, Myq Kaplan, Jon Roy and Michael Martin, the partnership and sheer comedy power within that circle also have him viewing his position as head writer a bit differently. Particularly when it comes to dealing with the writing caliber of Kaplan, as Rineman equates it to a scenario in which Brad Stevens is leading someone like James Harden.

“I really downplay the head writer part of it. I kind of just look at myself as, like, the community organizer, because I don’t think I could ever call myself Myq Kaplan’s head writer,” says Rineman. “I’m someone who just organizes everything, and it’s been a humbling and positive experience, and really fun. Everyone has played ball, and we’re just trying to get people through with the live games we’ve been doing during lockdown.”

It may be new territory for him, but Rineman is happy to look back on the experience so far and see the progress the game has made since its inception. Especially for a project that had a lot on its horizon before lockdown ensued, it may be fulfilling to see that amount of progress it’s made regardless in the rearview, but Rineman is continuing to look ahead with his colleagues to see just how far they can take this whole thing, as they all look to bring everyone through the stresses of the pandemic one laugh, and one dark joke at a time.

“In comedy, the reward for good work is more work, so now we’re looking at our next stage of the process where we’re going to have an official store, and a different digital experience that’s going to be launching,” says Rineman. “We’re just trying to take this to new levels. I’ve never done something like this before, from the business side, so it’s interesting to get on a call and think about what’s next.”