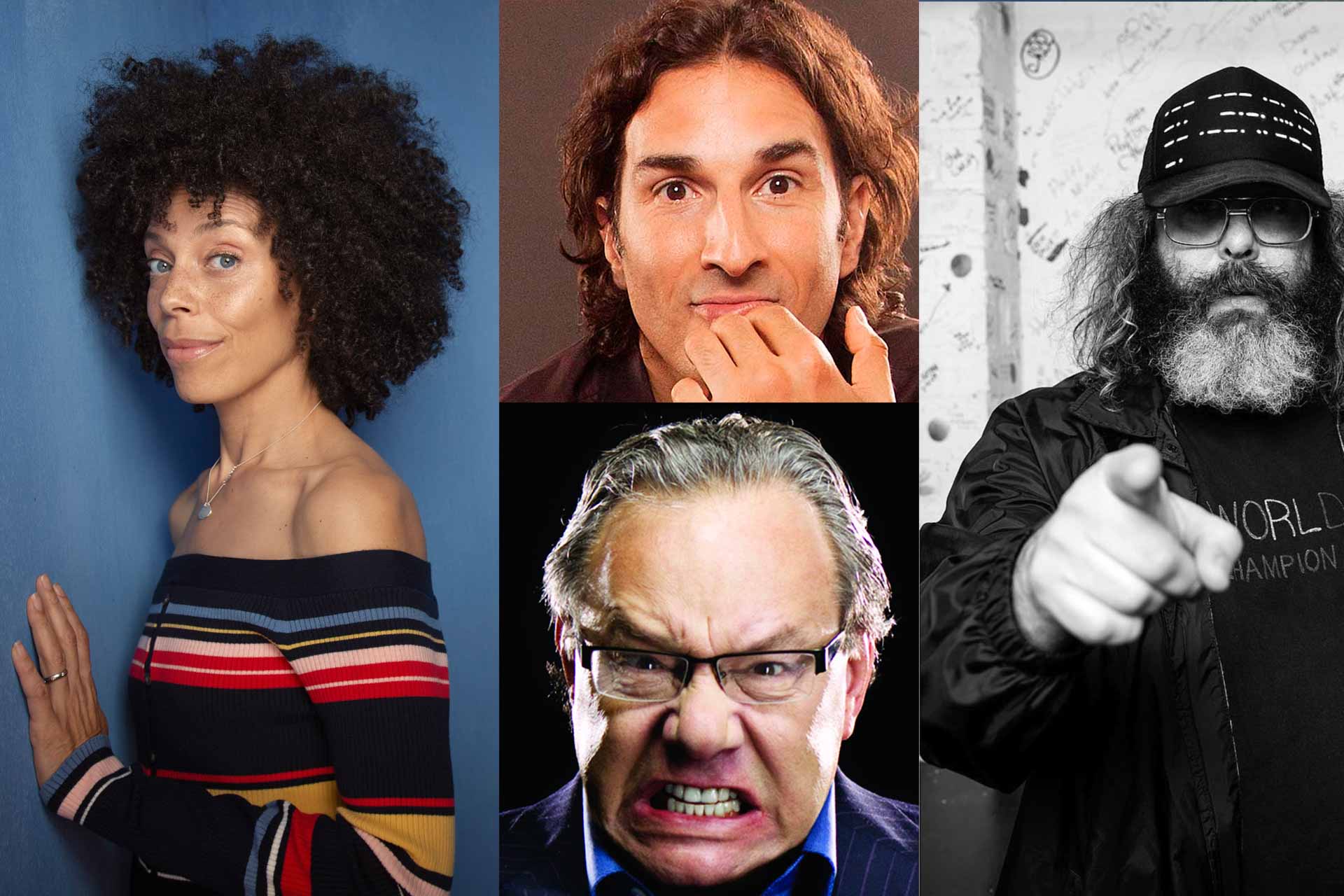 This year may have presented some fairly impenetrable obstacles for the live entertainment industry, and live comedy, specifically. And as we would normally be in the throes of the Boston Comedy Festival come November, it’s feeling a little odd that the normal festivities are not taking place this year. But the show must go on, so co-founding siblings Jim and Helen McCue are delivering the festival digitally this year.

Following an opening night kickoff hosted by game show host and stand-up comic Hal Sparks on November 29, as well as a chat with Comedy Central founder Art Bell, and the first preliminary round of the annual stand-up contest, the festival offers a banger of a lineup, which you can catch through Burbank, CA-based Flapper’s Comedy Club, to bring us through the first week of the year’s final month until its finale on December 5.

In addition to the stand-up contest, a myriad of live panels, themed shows, live podcasts and of course, some full sets will be filling in the week’s schedule, featuring some of the best names to hit the stage in Boston and beyond.

At different points of the week, Jim McCue will be sitting down with Adam Ferrera (November 30), Lewis Black (December 1), and Gary Gulman (December 3) as part of live episodes of The Big Comedy Podcast, while 30 Rock’s Judah Friedlander will be performing a full 70-minute set of new material on December 2. In addition, Bethany Van Delft, Emma Willmann, Jackie Kashian and more will be performing as part of the Wittiest Women show on December 4, while Champions of The Boston Comedy Festival and Best of BCF bring heavy hitters of years past like Andrew Mayer, Brian Kiley, Dan Boulger, Kendra Cunningham and others to the virtual stage on December 5.

It’s going to feel a bit different this year, for sure, but the BCF is helping us hit the final stretch with a cavalcade of comedy power this week. You can find all current information for all shows, panels and other events here. Be sure to check back for any updates.