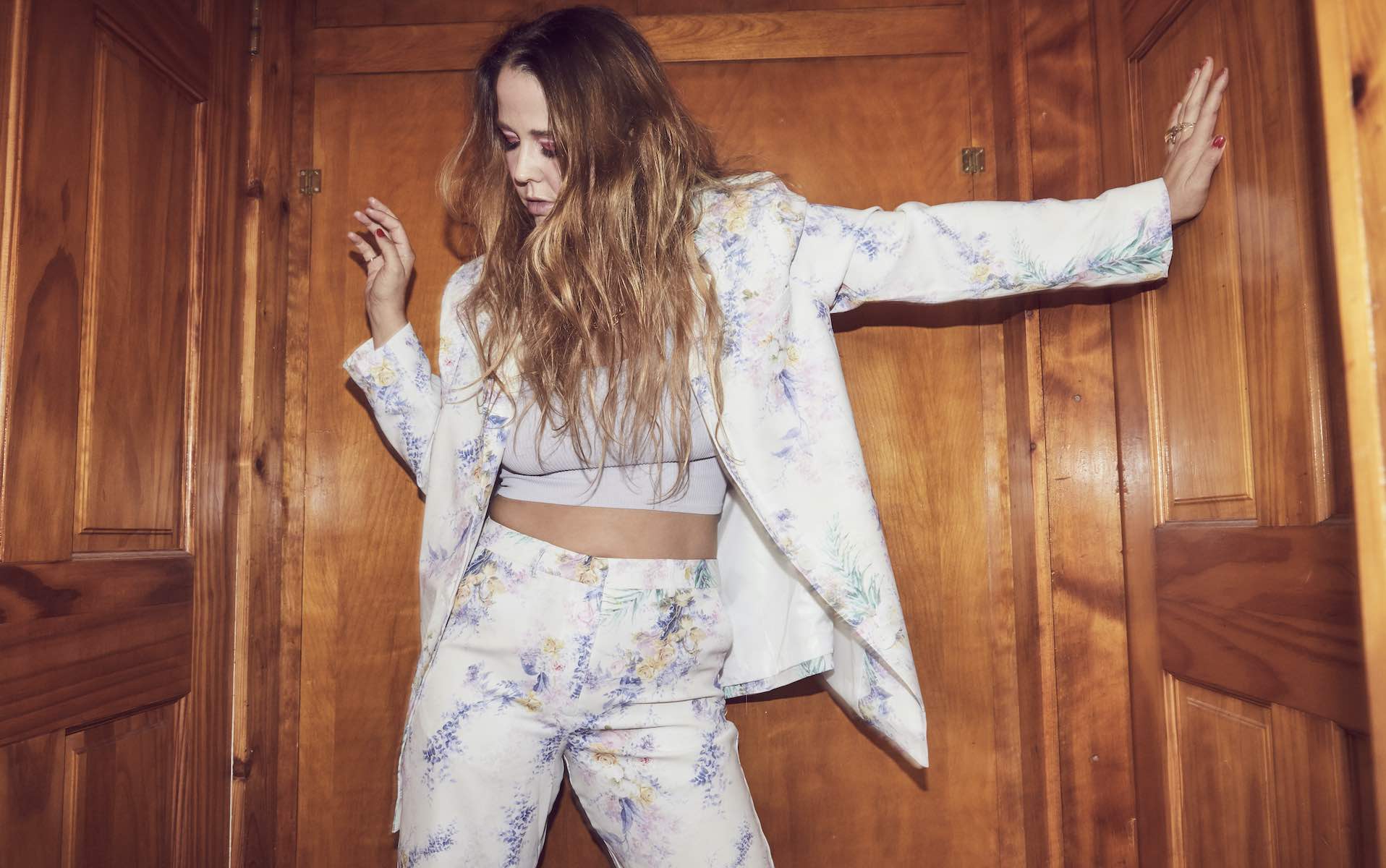 It only takes a few introductory seconds for “Blame It,” the enchanting new single from Los Angeles’ Moxi, to pull you in with its heavy aural undertow. And maybe that’s by design, as the husband-and-wife alt-pop duo of Anna and Andy Toy have crafted a cinematic and seductive look into the chaotic mental state a lot of us are feeling as we navigate life in 2020.

The track dropped this past Friday (November 13) via CatBeach Music, with Anna revealing “Blame It” serves as a “peek into my brain.” But it’s also a reflective piece that mirrors the ups and downs of life through a dark electronic-pop filter and low end flourish that’s nothing short of gripping. It may be their own personal saga, but it’s one we’re all experiencing as well.

“I tell friends a lot that I wish they could just be in my mind for a second because it’s so insane in there,” says Anna. “There’s a lot of chaos, self-sabotage, weird ideas, and a lot of beautiful things too… It can get very dark but it’s also a lot of fun in there. I wrote this song after a fight with Andy. Almost every fight we have is pretty much caused by me and I’m usually the one who behaves horribly before, during and after. I somehow found an absolute angel to marry who accepts me completely as I am, he doesn’t try to change me, he loves me truly despite how absolutely insane I am.”

She adds: “Meanwhile I’m over here picking fights, calling names, throwing tantrums. I’ve been a hostage to the noise in my mind and I’ve also had control over it and it seems to fluctuate still but lately I have more days where it’s the later. ‘Blame It’ is about the inner dialog that goes on in my mind on a pretty regular basis. I fight the voices to an extent but you gotta keep some of them in for the art. Hold out long enough till I start seeing things again. ‘Blame It’ is a result of that.”

Tune into Anna Toy’s mind below, and the lush musical landscape that fields her endeavors, below.