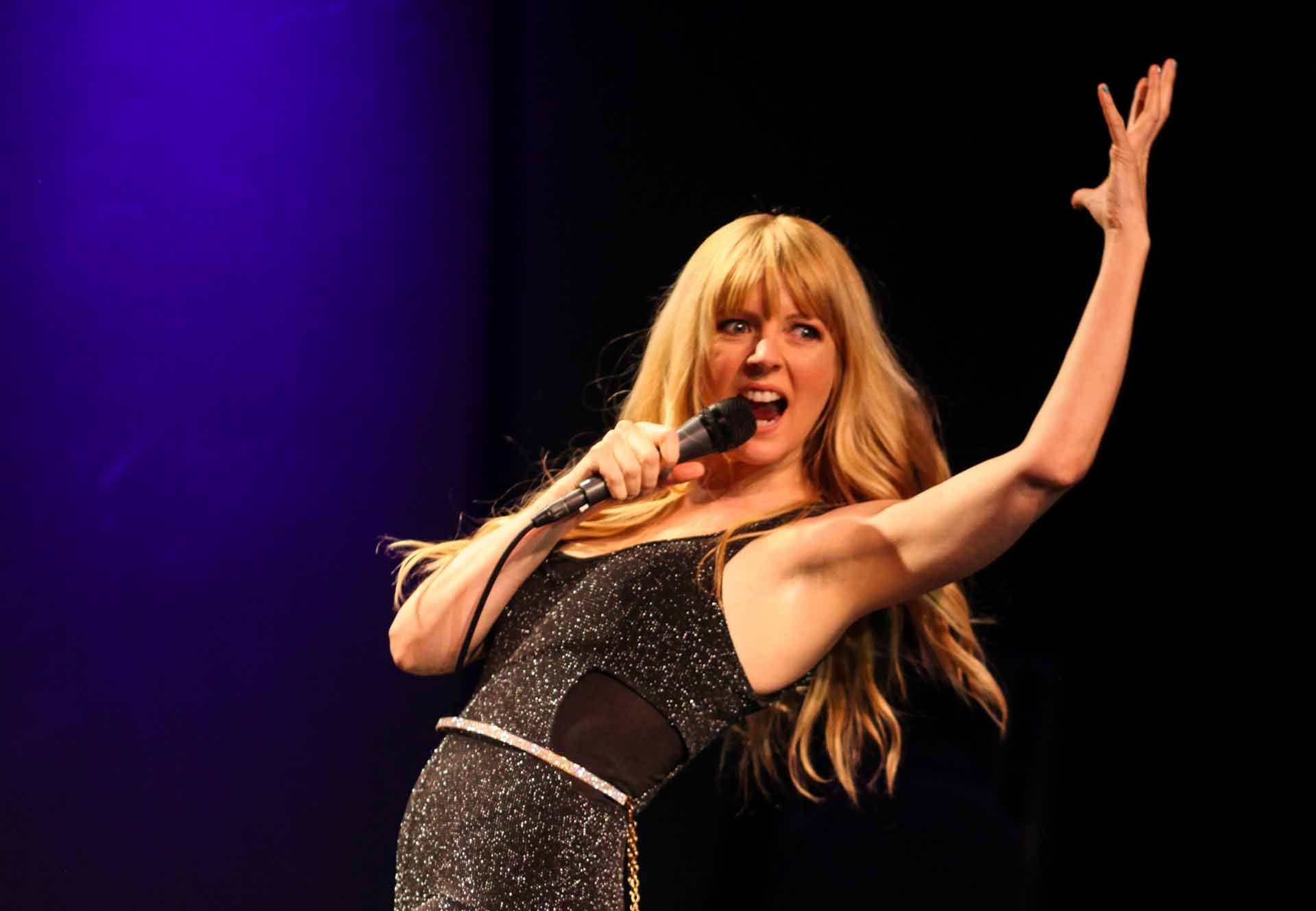 There were many aspects of Melinda Hill’s latest project that stood out to her along the way, but none more than it being an important lesson in how it comes together better when she’s doing something to lend a genuine helping hand.

With her new stand-up special and album, Inappropriate, which dropped late last month, Hill sought out to deliver something more than just the comedy she’s been used to over the course of her career. She wanted to offer a more impactful message surrounding her own road to recovering from past trauma, and in turn, offer a road to healing for those who may be listening and dealing with their own obstacles. As it turns out, she’s succeeded in that mission, judging by the messages of support and gratitude she’s received since the release.

“People seem very moved that it’s not entirely comedy, and they seem to be responding to the message about healing with humor, which I am really grateful for,” Hill tells Vanyaland. “I’m really delighted that people are responding to that, and also enjoying the comedy. I feel like people have been entertained and also moved, which is my favorite kind of art.”

The material found in the new hour, with stories ranging from a Creed music video shoot and her thoughts on Louis CK returning to stand-up to her dating life and her childhood growing up around a bipolar father, have been honed over a number of years.

But as someone who prides herself on working well against a deadline, Hill really found her stride in building the narrative of the special once she had a shoot date on paper. From there, the message of healing past traumas as to not recreate them in the future and instead continue the conversation in order to heal and help others along the way really brought it all together for Hill.

“What’s really important in this process is that it would’ve just been an hour of funny jokes without a message,” says Hill. “But when I articulated the message about a year before shooting, that’s when things started to fall in line with that message, and being written to it.”

It’s long been a belief of Hill’s that “comedy without laughter is just sad people talking,” and while the Adventure Time actor didn’t initially intend for as many poignant moments as what ultimately wound up in the hour, there were moments that Hill didn’t have jokes to use as a buffer for, which proved to be a new aspect of stand-up for her.

“Some of my favorite comedy is the comedy where you’re relating to the material, and you feel connected to it,” says Hill. “I’d say that sometimes, what’s even stronger than loving someone’s humor is that connection. I love comedy that feels like they’re sharing something real, and when I was writing this, some moments were already fleshed out as funny, fully realized stories, but then there were some moments where I realized that some stories were just sad, and I didn’t have any jokes to alleviate the tension in that moment. It really allowed those moments to stay in there, without the safety net of laughs to buffer it, and that was new for me.”

For Hill, there was a therapeutic element to putting the hour together, as it allowed for her to be relieved of past traumas of her own. While she’s quick to acknowledge that she’s not impervious to the human condition and the anxieties that have come along with things like the pandemic, she wanted to help in her own way, and be able to pass on her solutions for relief.

“I want people to feel uplifted and empowered, and inspired, and I would love to help free people from their own abusive stories about themselves that are probably passed down from generations and have nothing to do with who they are as a person” says Hill. “I’m really just interested in passing on the healing that I’ve been privileged to experience myself. That has defined who I am as a comedian right now, where it’s not just about making people laugh. I really have a genuine interest in helping people get to the other side of whatever they’re facing.”

By and large, the process of putting this new hour together was a cathartic experience for Hill, but that’s not to say the vulnerable nature of the project, much less the inevitable facing of her own trauma surrounding her perfectionism, wasn’t scary. She came out on the other side with what she considers a “vulnerability hangover,” but the way she sees it, if her truth helps even one person, it’s worth it.

“At the end of the day, I just want people to feel that we are not defined by what has happened to us, or what’s been done in the past, but that we are defined by what we do with that stuff moving forward. You can have a new experience, a new beginning today,” says Hill. “The idea that I really want to impart is that there is help and solutions for things that might feel too big and too scary, and that there is life on the other side of that, and how life and happiness is accessible to all of us. The infinite possibilities of the present moment can set us free from past prisons, but not necessarily if you’re in actual prison.”