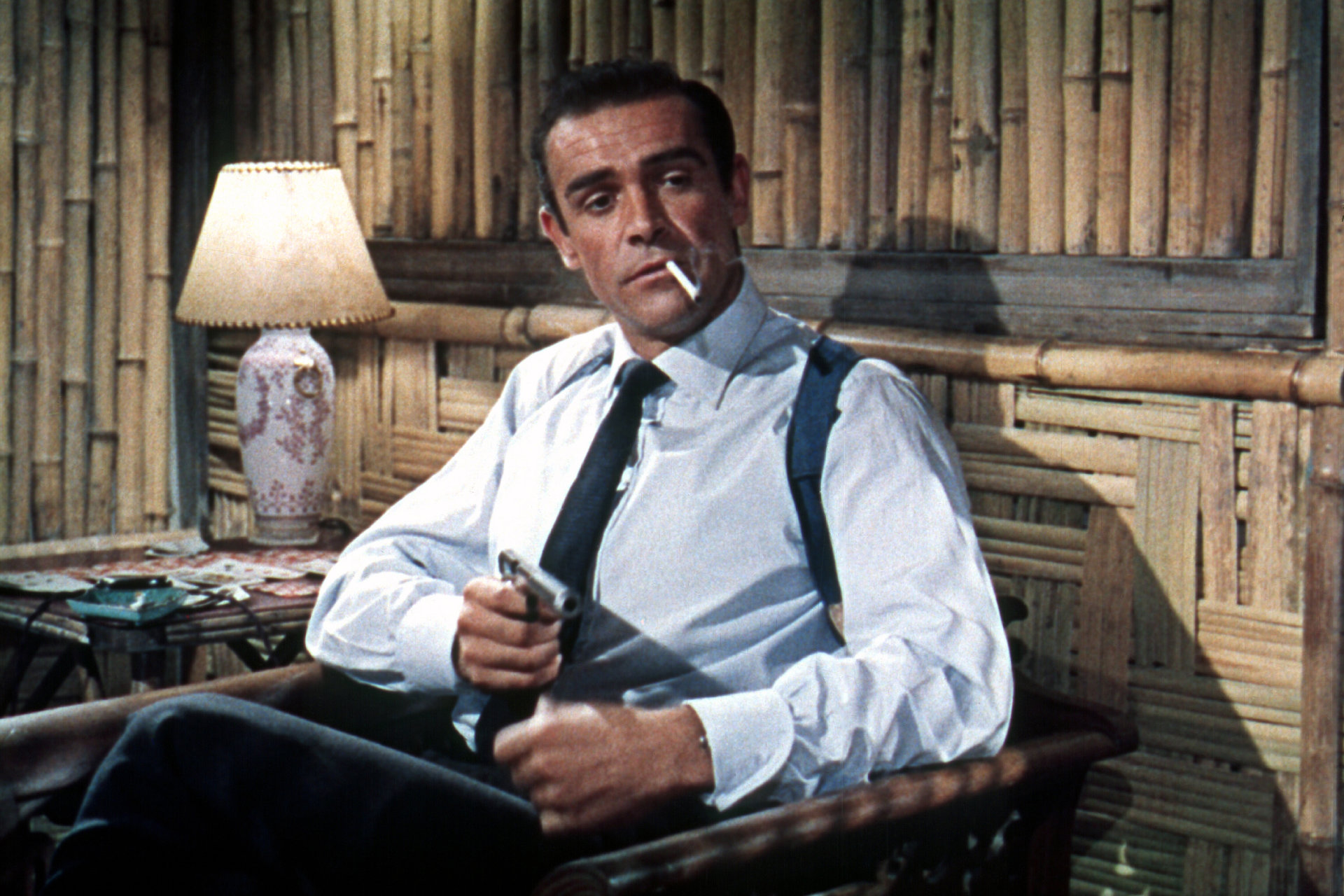 Still from 'Dr No' by Eon Productions via MoviestillsDB

Sir Sean Connery, one of the true titans of Scottish cinema who brought James Bond to life for the first time on the silver screen, has died following a long illness, his son Jason told the BBC on Saturday. He was 90.

Born in Edinburgh in 1930, Connery fell into acting, much like his on-screen son, Harrison Ford, as he worked odd jobs and had a brief stint in the Royal Navy before starting his acting career on the stage. He’d land his first major on-screen role in 1957, starring in the BBC telefilm Requiem For a Heavyweight, and parlayed that success into a number of small parts in larger productions. He’d have major or leading roles in MGM’s Another Time, Another Place and Disney’s Darby O’Gill and the Little People before landing the Bond gig in 1962.

Beginning with Dr. No, Connery would play Bond a total of seven times over the course of three decades — From Russia With Love, Goldfinger, Thunderball, You Only Live Twice, Diamonds Are Forever, and Never Say Never Again — and would almost instantly be catapulted to superstar status. Connery always had a contentious relationship with his most famous role, but he was damned great in it, embodying the suave, sexy and brutal sides of Ian Fleming’s superspy in nearly equal measure.

But he was a significantly more interesting actor outside of his Bond work, which often overshadowed his amazing taste in collaborators. The same year Goldfinger released, he appeared in Alfred Hitchcock’s Marnie alongside Tippi Hedren, and in the following on, he’d work with Sidney Lumet for the first time on The Hill. He’d appear in five more of Lumet’s films, including the superstar-laden adaptation of Agatha Christie’s Murder on the Orient Express. Other masters he’d work with include Terry Gilliam (Time Bandits), John Huston (The Man Who Would Be King, alongside his friend Michael Caine), Richard Attenborough (A Bridge Too Far), Richard Lester (Robin and Marion), Gus Van Sant (Finding Forrester), and many others.

Following the box office success of Highlander in 1986, Connery would win his only Oscar in 1988 for his performance in Brian De Palma’s The Untouchables, and he’d follow that up two years later with one of his other truly iconic performances: that of Henry Jones, Sr. in Steven Spielberg’s Indiana Jones and the Last Crusade. He’d remain a box-office king well through the ’90s, starring in films like Entrapment, The Rock, and The Hunt for Red October, before retiring from regular work in 2003, following the disastrous making of Stephen Norrington’s The League of Extraordinary Gentlemen.

Daniel Craig, the current James Bond, paid tribute to the star in a statement to Variety:

“It is with such sadness that I heard of the passing of one of the true greats of cinema. Sir Sean Connery will be remembered as Bond and so much more. He defined an era and a style. The wit and charm he portrayed on screen could be measured in mega watts; he helped create the modern blockbuster. He will continue to influence actors and film-makers alike for years to come. My thoughts are with his family and loved ones. Wherever he is, I hope there is a golf course.”

He will be missed.