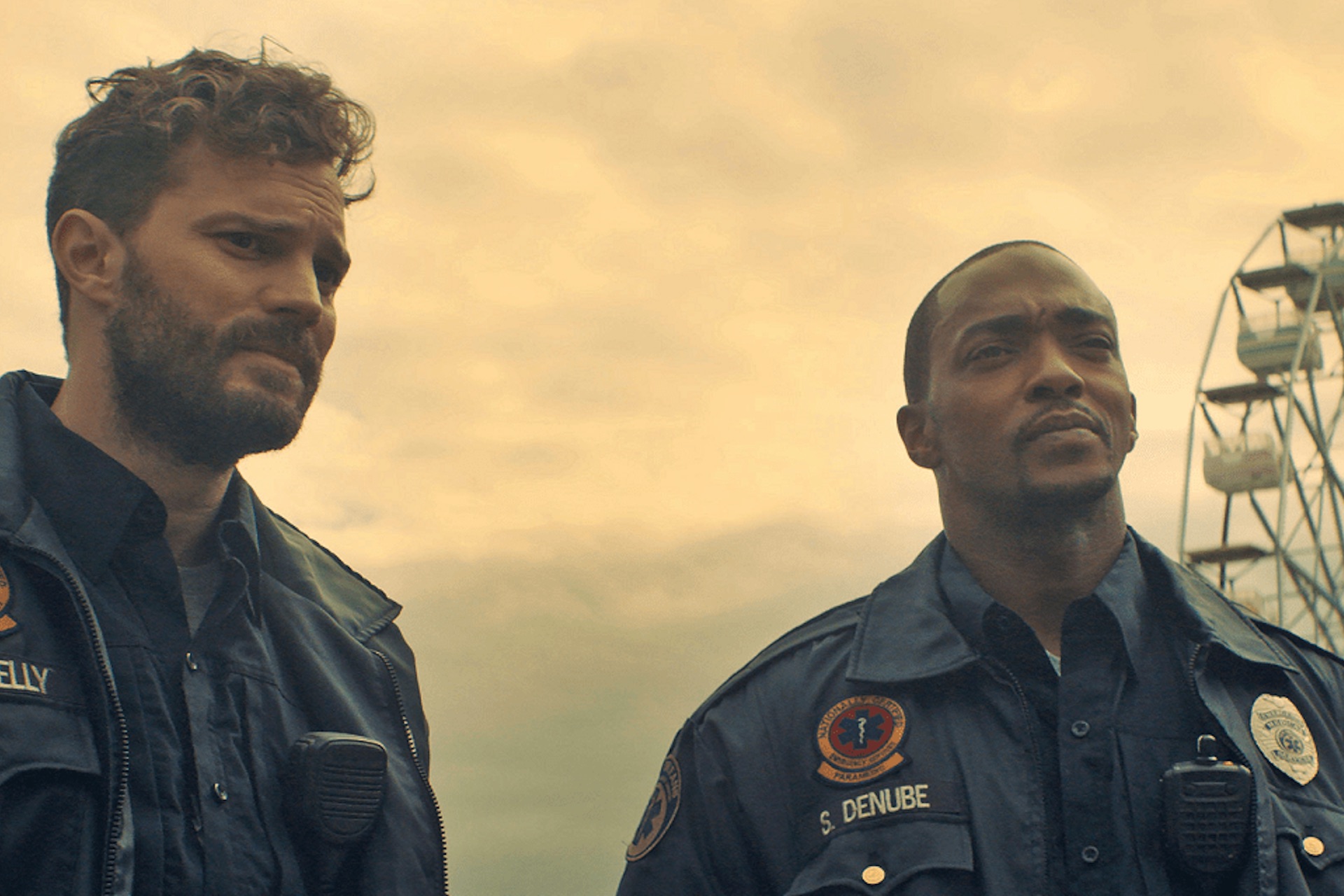 It’s intriguing that, despite the preponderance of panic about designer drugs like bath salts and spice, mainstream genre cinema is only just getting to the point of exploiting it for fun and profit. To be fair, bath salts have their own stranger-than-fiction lore built up around them in the wake of a bunch of highly-publicized and factually-incorrect fear-mongering stories, so perhaps horror and sci-fi filmmakers decided to take a few years off until things were properly sorted out. Directors Aaron Moorhead and Justin Benson, perhaps sensing an opportunity here, have jumped into this newfound well-spring with aplomb in their new feature Synchronic, a time-travel bro-hug thriller budgeted significantly higher than their previous efforts. One easy way to see newfound budgetary freedom manifest itself is in the casting: Once content to star in their own features while operating things behind the scenes, the pair have outsourced the acting work to a pair of professionals in Anthony Mackie and Jamie Dornan, playing a pair of EMS men who stumble upon a previously unknown side-effect to a popular (and legal) street drug that’s sold freely out of New Orleans vape shops.

The first inkling that Dennis (Dornan) and Steve (Mackie) have that the kids are not alright is when they are called in to what they assume will be a routine OD — apply some Narcan, take the user to the hospital, make it to the bar in time for last call — but when they arrive, one of the junkies has a massive stab wound that looks like it came from a sword of some type. It’s there that Steve discovers a partially-melted doubloon from the 18th century just chilling on the ground, with no explanation as to how it got there. The cases continue to rack up: A man seemingly falls through the floor in an elevator shaft after taking the drug, and his girlfriend, also a user, has an unexplained and weird snakebite on her leg from a variety of cottonmouth that hasn’t existed in the city for decades.

Steve begins to suspect that something’s up, having found wrappers for the eponymous pill at every single one of the sites, but before he can have his suspicions confirmed, Dennis’ daughter disappears after taking the drug. Having nothing left to lose thanks to a recent cancer diagnosis, Steve cleans a vape shop out of their supply and begins to experiment on himself in his apartment, making sure to videotape it each time he does. On his first trip, he finds himself in the swampy bayou back in the days of the conquistadors. The drug is sending people back in time.

There’s plenty of Philip K. Dick (the drug’s origins are said to be harvested from a “red flower” that grows in California, much like Substance D in A Scanner Darkly) and Harlan Ellison influences in the mixture here, and the whole thing feels like a bit of a modern riff on the latter author’s original screenplay for the classic Star Trek episode “The City on the Edge of Forever.” That, too, involved drug freakouts (well, before the network censors got to it), time travel, and the costs of saving someone you love from a fate rooted in the horrors of the past. They’ve smartly cast the film as well, as Mackie and Dornan are able to really sell their friendship and their individual struggles — Steve’s pain at the prospect of his life being cut short, Dennis’ fear that his family will collapse after his daughter’s vanishing — and it helps that the script is one of the better of the pair’s output.

You could fault Moorhead and Benson for not thinking about the ramifications of their time travel tale in-depth — does the future change when a person drops into an era that they don’t belong in? — but it does more than enough in terms of drawing us into these characters and their predicament, and it provides a solid, occasionally gory spectacle for one to sink their teeth into. The pair capitalize nicely on their Big Easy setting, exploring different moments in the city’s past that are often left unexplored by cinema, for whatever reason. Perhaps it doesn’t come close to equaling that masterwork in terms of the pathos it generates from us audience members, but Synchronic is a smartly-executed little sci-fi flick that goes down easy enough.