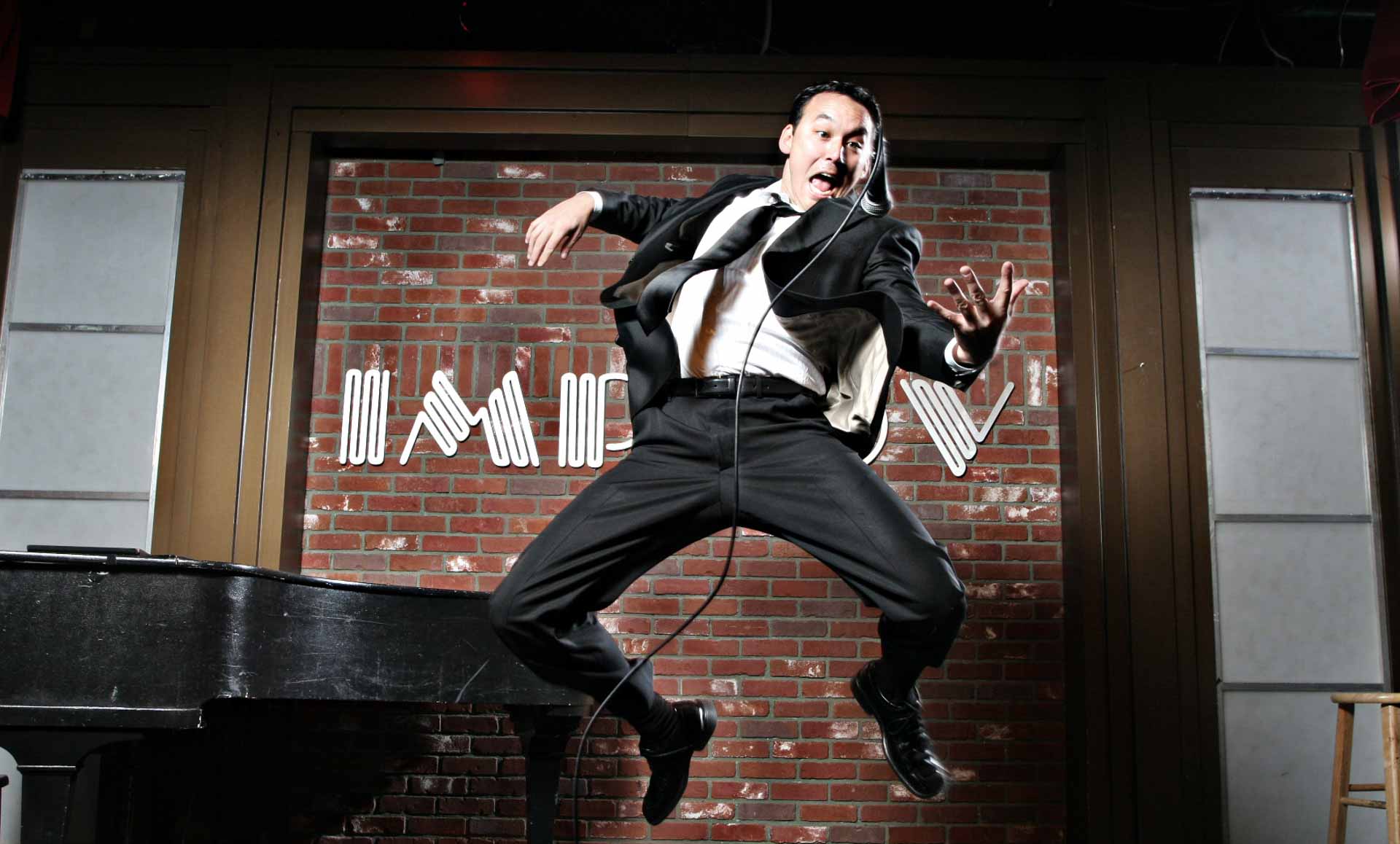 After his sitcom, Sullivan & Son, was cancelled in 2014, Steve Byrne had to start over from scratch to figure out what would come next. What came to be was started with a vision of not only making a film about stand-up comedy, but also making it the best movie about stand-up he’d ever seen. Now, after more than four years in the making, that vision has become a reality.

With The Opening Act, which dropped in theaters and on-demand late last week, Byrne delivers his first feature film which seeks to fully encapsulate the experiences of a young comic itching for his first taste of the road.

With it being a labor of love for the stand-up vet, he was initially nervous to see the reaction the film would receive, but now he’s relishing in the positive reviews and feeling as if he accomplished what he originally set out to achieve in paying homage to the grueling grind of a young comedy career.

“When you finish anything like this, whether it be an album, a movie, or a TV show, and you complete it and show it to a few select people, you just never know how it’s going to be received, and that’s the scary thing,” Byrne tells Vanyaland. “More and more of the people who have reviewed this and checked it out seem to be very positive about it, so that’s given me some confidence in feeling that we accomplished what we set out to do, and that was to make the best movie about stand-up comedy that we’ve ever seen, and I think we did it.”

With Silicon Valley’s Jimmy O. Yang leading the charge as novice road comic Will Chu, the rest of the cast is jam-packed with nationally and internationally-known comedians like Bill Burr, Whitney Cummings, Cedric The Entertainer, Tom Segura, Russell Peters, Iliza Shlesinger and Brooks Wheelan, among others.

Byrne’s decision to utilize comedians as opposed to actors was based heavily on their expertise when it came to their experiences portrayed in the film. At the end of the day, the decision not only made the film a more authentic representation of what comedians go through, but Byrne also admits that it made his job as director a hell of a lot easier on set.

“It came down to who we could envision being in this movie,” says Byrne. “We had conversations about actors playing certain roles, but the more we collectively went down the rabbit hole, we thought it would be better to fill the universe of the film with stand-up comedians, because they’ll know the situations better than most actors.”

While he did enjoy making a semi-autobiographical film that showcased his 23 years of industry expertise in the form of character development and accurate depictions of life on the road as a young comic, it was Byrne’s collaboration with longtime friends Vince Vaughn and Peter Billingsley, who he brought the first script for the film to in early 2016, and making a movie that he’s very proud of remains his favorite part of the whole process.

“My favorite part of making this film was being able to do it with two of my friends in Vince Vaughn and Peter Billingslea,” says Byrne. “You have your trials and tribulations, and your ups and downs, but we almost have a brotherly relationship where we’re so comfortable with each other that we say things that most friends wouldn’t say to each other. But creatively, when you’re bonded to communicate a story via celluloid, and hope to god that people enjoy it, I couldn’t think of a better team to work with.”

While it’s his main goal to pull the curtain back on all the gritty details that go along with a career in stand-up, Byrne hopes that the film will also be relatable to all of us, and inspire people to take a risk and follow that dream they’ve always had.

“I hope that people can take away a little inspiration from it, but I also think they’ll come out of it respecting the artform of stand-up comedy a little bit more,” says Byrne. “They’ll see how failure is such a big part of being a stand-up comic, and our lead character certainly suffers. I’ll leave it at that.”