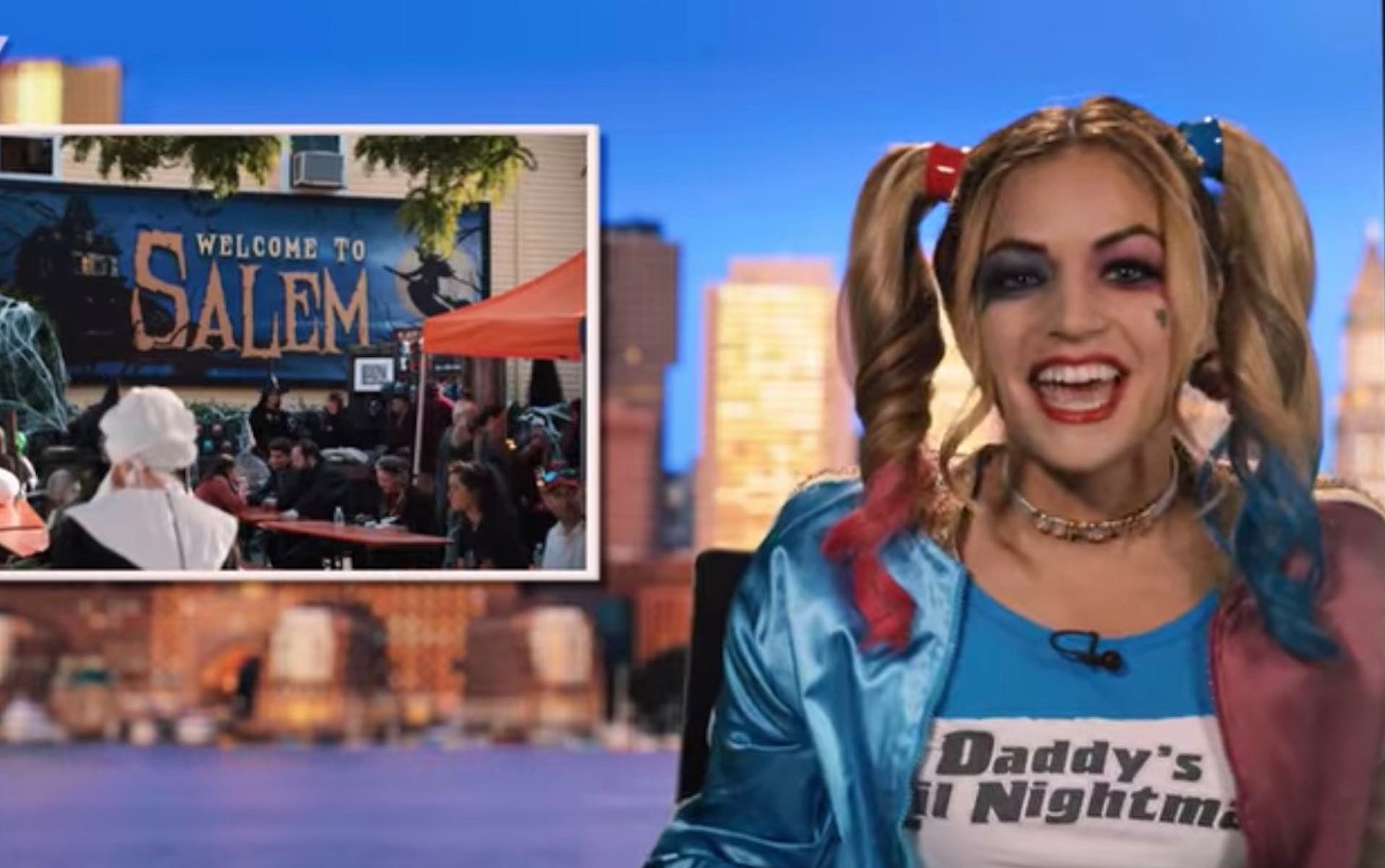 A cameo in the latest Adam Sandler flick has cost a local news anchor her job.

Alaina Pinto revealed via Twitter yesterday (October 15) that she was fired from WHDH Channel 7 News Boston for briefly appearing in Sandler’s new Netflix movie, Hubie Halloween. In the film, which is set in Salem and was filmed locally around Salem, Marblehead, Manchester-by-the-Sea, and elsewhere in the region, Pinto plays a newscaster for the fictional Channel 4 Morning News and its Wake Up Boston news program. She appears dressed as Harley Quinn.

Pinto joined 7 News in December 2016 as traffic reporter, and has since worked the news desk and regularly appeared on the station’s morning broadcast. But she says she “mistakenly violated” the terms of her contract by appearing in the film.

7 News has not made a public statement regarding her termination.

“Earlier this week I was let go from 7 News,” Pinto tweeted. “I am posting this because I want to be open and honest with all of you. Last year, I participated in a cameo in the recently released Netflix movie by Adam Sandler, Hubie Halloween. In doing so, I mistakenly violated my contract with the station and I understand why management unfortunately chose to terminate me. I am deeply disappointed and saddened, and I hoped this would not be how things evolved.”

She added: “Reporting the news to you every morning was an honor and a privilege. I promise to stay in touch and keep you updated on the next chapter — the future is bright!”