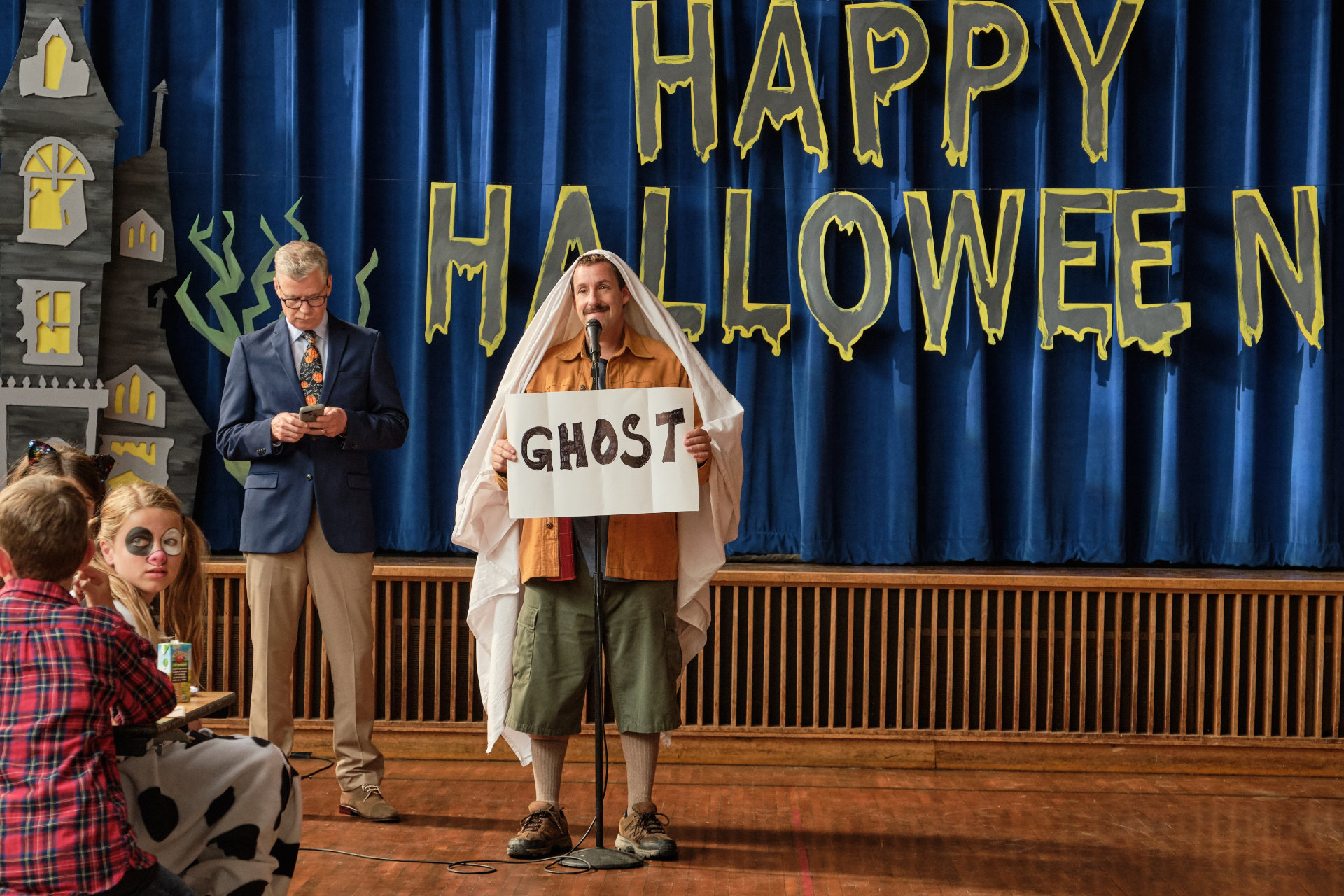 After Adam Sandler stole our hearts and minds with his work in the Safdie Brothers’ Uncut Gems (we will never forget the snub, The Academy of Motion Picture Arts and Sciences. Never), an amazing thing happened. Cineastes began looking back, a la Principal Skinner, and began wondering whether or not they themselves had been wrong about Sandler’s output in recent years. See, years before Uncut Gems was even a glimmer in the Sandman’s eye, it used to be that Happy Madison’s Netflix deal was the subject of scorn and angst from all sections of the internet film discourse (aside from a few people who were OGs, you know who you are), and were windmill dunked-upon by many. Remember The Ridiculous 6? Sandy Wexler? Now, those same folks are pumped for Hubie Halloween, Sandler’s latest project for the streaming giant, and, all we can say is: welcome to the club.

On Thursday, Netflix dropped a trailer for the Salem-set film, shot in Marblehead and elsewhere on the North Shore of Massachusetts, and we’ve got to say it looks pretty dang cute and funny. Who knows if it actually will be, but we’re hyped for it regardless! It’s been a bit since we’ve had anything decent to laugh at on our side of the fence (our friends over in the comedy section get to have all the fun).

“Hubie Dubois (Adam Sandler) thanklessly spends every Halloween making sure the residents of his hometown, Salem, celebrate safely and play by the rules. But this year, an escaped criminal and a mysterious new neighbor have Hubie on high alert. When people start disappearing, it’s up to Hubie to convince the police (Kevin James, Kenan Thompson) and townsfolk that the monsters are real, and only he can stop them. ‘Hubie Halloween’ is a hilarious family film about an unlikely hero with an all-star cast including Julie Bowen, Ray Liotta, Noah Schnapp, Steve Buscemi and Maya Rudolph, produced by Happy Madison.”