Loud Night shake up our global outlook with ‘Mindnumbing Pleasure’ 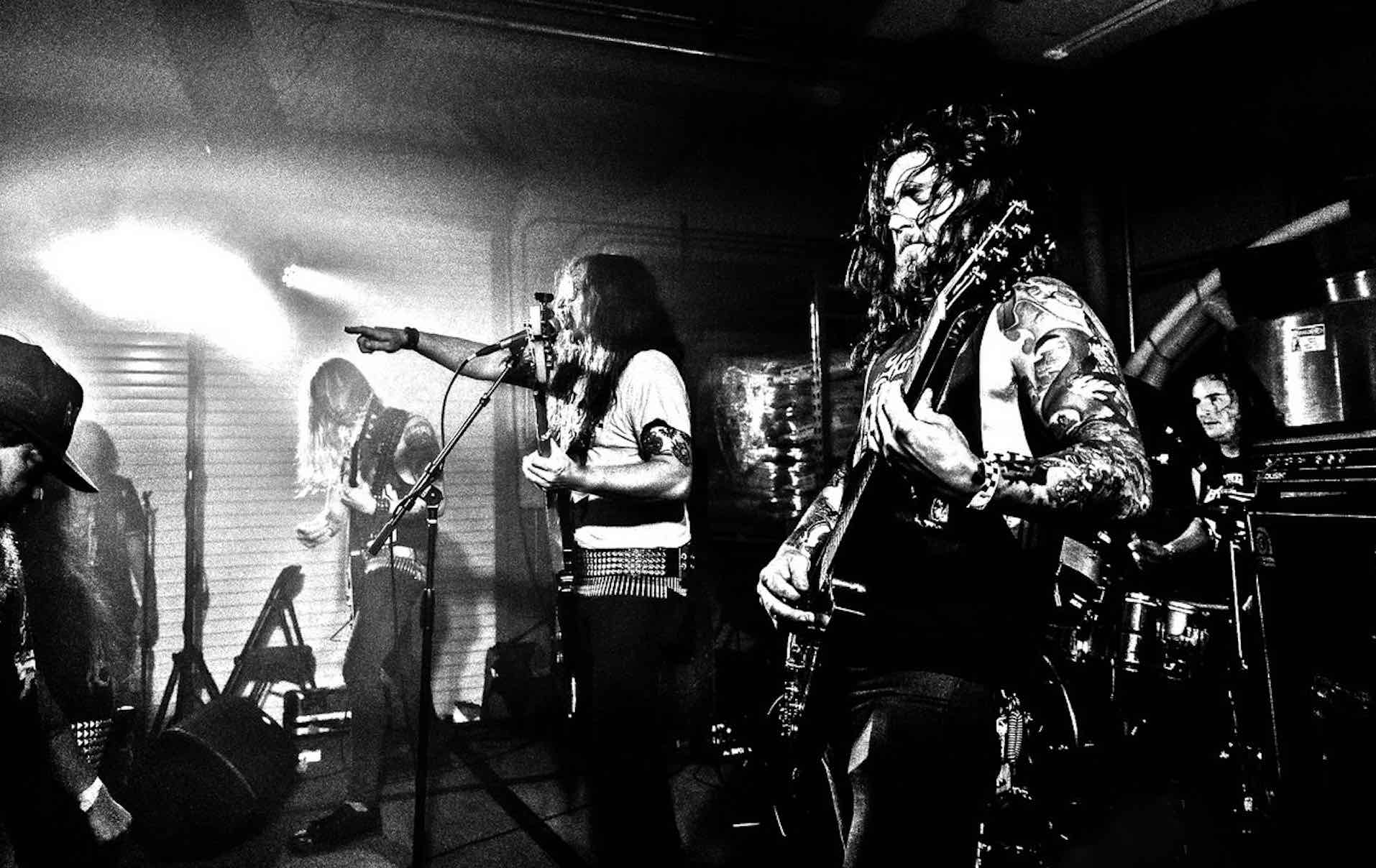 The Boston metal scene took a hit several years back when Ramming Speed packed their van with blood, sweat, and guitars and relocated to Richmond, Virginia. We’ve still been able to hear what the dudes have been up to all the way up here in town, and now three Ramming Speed members have resurfaced in a relatively new project called Loud Night.

The metal band lives up to its moniker thanks to a towering debut album, Mindnumbing Pleasure, released last month (September 25), and 13 tracks that combine a relentless torrent of Swedish d-beat, Japanese “Burning Spirits” punk, and the familiar stadium-sized strains of that time-honored NWOBHM. “Sub-genres aside, this is just what happened when four long hairs tried to start a punk band,” Loud Night drummer and Ramming Speed pin-up Jonah Livingston tells Vanyaland.

Loud Night are fronted by Battlemaster’s Andy Horn (vocals, guitar), and in addition to Livingston are rounded out by Ramming Speed’s Kallen Bliss (guitars) and Ben Powell (bass). Mindnumbing Pleasure — recorded by Bob Quirk (Enforced, Left Cross) and mastered by Dan Randall (Annihilation Time, Impaled) — got the worthy release treatment from Richmond record store label Vinyl Conflict, and from opening track “Holy Hell to closer “Boots On The Ground,” it jumps out of the speakers as one of the catchiest and tireless metal records of the year.

Horn sums it up nicely: “Run wild in the streets. Attack, assess, adjust, and re-attack as we prepare for another Loud Night. Alerting all ears to the hell we hear, as all the world’s eyes stare at the Mindnumbing Pleasure they fear. This mean-machine belt-feeds you 13 bursts of roaring black motor magic that only runs hot and never shuts off. We need it now more than ever! It’s gotta be loud or never!!!”

Strap on your bullet belt and crank it.