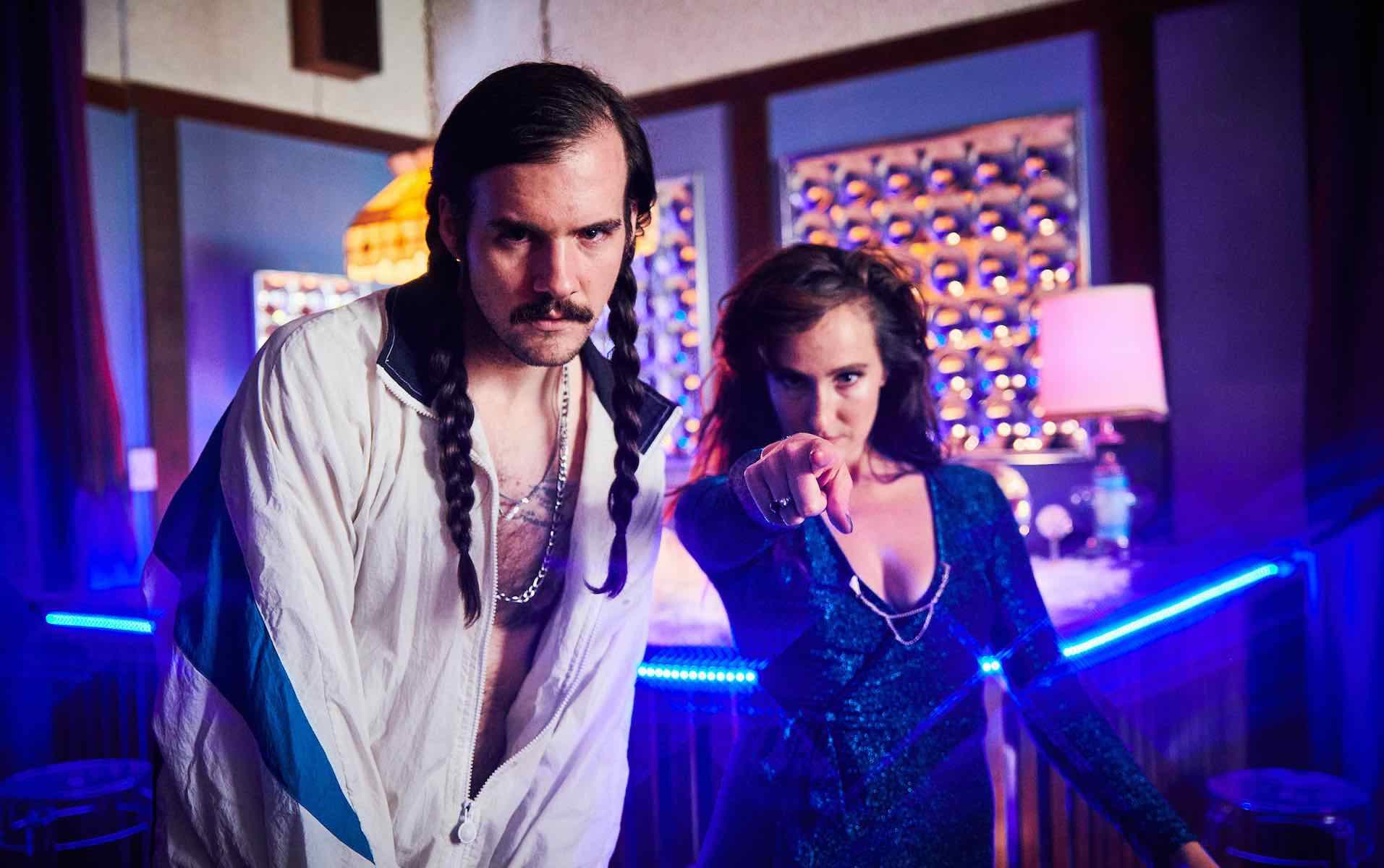 The music of California duo Cobra Man is described as Los Angeles Power Disco — LAPD! — and that’s certainly enough to capture some attention. But there’s also a tasty wave of modern yacht rock and alt-R&B at work in their playful new single “Heatwave,” and the only thing that sucks about it is that we’re getting this on the literal last day of summer (September 21) and weren’t allowed to let it soundtrack the sunny season from like May onward.

A song that has taken on new poignancy as 2020 limps along, “Heatwave” comes correct with a striking new video, written and directed by Andy Harry. Harry is one-half of the Cobra Man duo, rounded out by Sarah Rayne, and the pair first began collaborating three years ago for the soundtrack to The Worble’s skate video New Driveway.

“We didn’t know our song would be such a hellish prophecy,” says Cobra Man. “We wrote ‘Heatwave’ a year ago along with the video concept. It’s about being locked inside and losing your mind during a heatwave, desperate to cool down. We had a lot of obstacles to overcome in making this video safely, but we’re lucky to have some incredibly talented friends who helped us make it happen.”

The debut album from Cobra Man is set to arrive sometime in 2021. In the meantime, let “Heatwave” keep you warm through the incoming winter.