TIFF Review: ‘Get the Hell Out’ pairs political comedy with zombie bloodshed 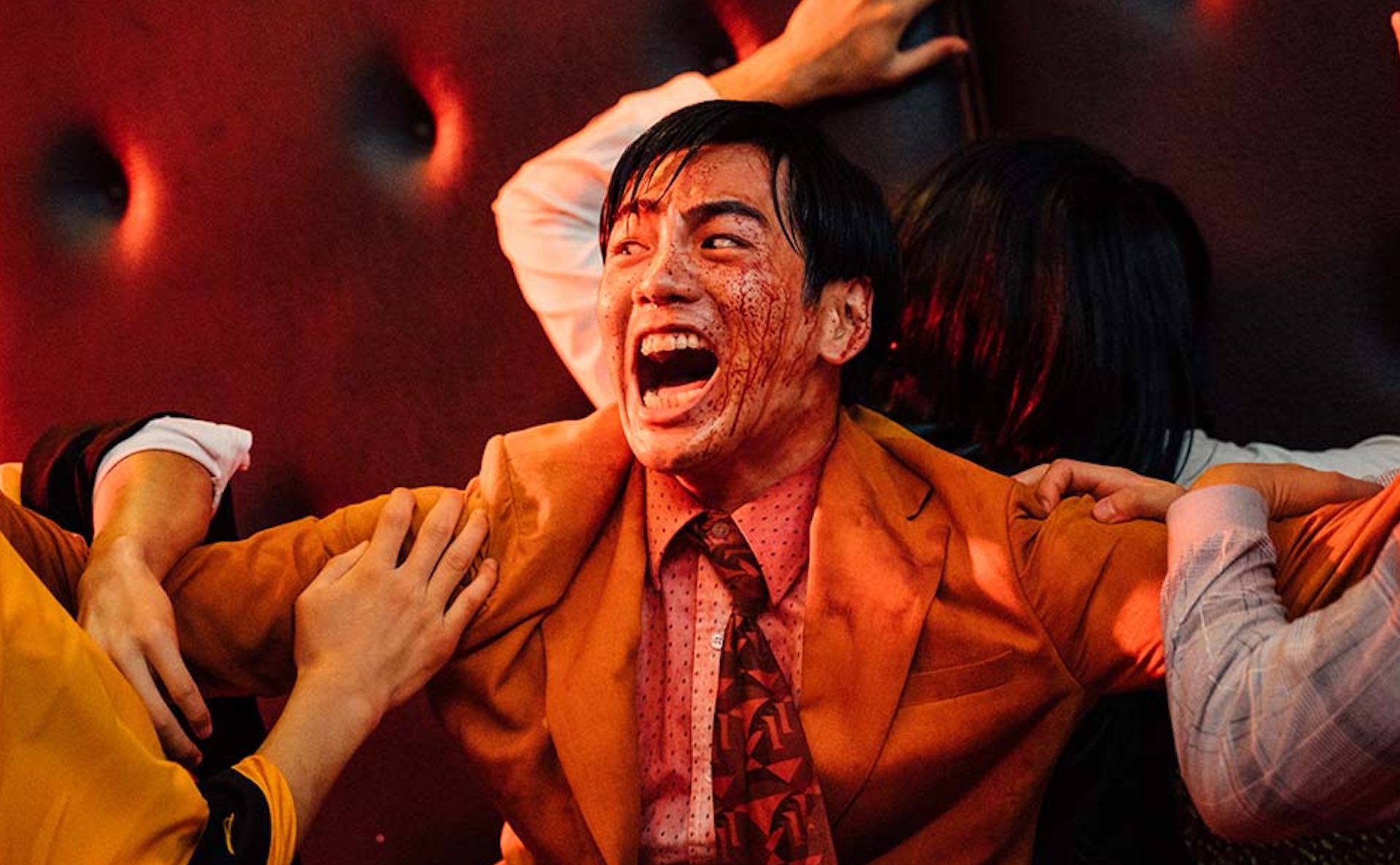 In I-Fan Wang’s zombie political comedy Get the Hell Out, Taiwanese politics becomes literal murder for a handful of politicians who are trapped in the chambers of the Legislative Yuan (Taiwan’s equivalent of a parliament) after a viral rabies strain is released among them during a visit by their infected president. Our protagonists, Hsiung (Megan Lai), a disgraced yet passionate legislator who attacked a group of journalists that were getting in her face and caused her to lose her seat, and Wang (Bruce Ho), a security guard-turned-congressman who Hsiung groomed to be her replacement after she resigned. Hsiung wants to protect her childhood home from demolition, and she can only do so with Wang’s help. But rabies has some other plans, and sure enough, the members of each opposing party are eating one another, and the pair will have to find a way to survive the day.

If you’re expecting Romero-style hard-hitting social criticism masquerading under a mask of zombie violence, well, you won’t find it here, at least without a well-rounded background in Taiwanese politics. If anything, it’s more like Lloyd Kaufman’s attempts at social criticism: The point is ultimately ancillary to the film’s primary function, which is to knock your socks off with a haymaker of straight cracked-out energy, perhaps unseen in Western Cinema since Neveldine/Taylor decided to break up. Gallons of blood are sprayed from pulsating jugulars — pierced with nail clippers, even, at one point — on to our protagonists, who run about and do wacky shit in order to survive the day, as they fight with mutant representations of various politicians and their minions. It’s not particularly subtle, but the political environment in Taiwan isn’t anyway — trust me, the only truly out-there shit in this movie is the zombie virus, and if you need any proof, just watch a few Youtube videos of the Legislative Yuan in action — so why should it be?

To add more to the irreverent feel, Wang fills his movie with memes and other internet culture references, even outright pausing the action at one point to replicate the “To Be Continued” bit from JoJo‘s Bizarre Adventure, or showing off a variation of this Homer Simpson macro which wasn’t even translated in the screener I had access to (to which the subtitler probably threw up his hands when he saw it and said “Fuck it, those Canadians won’t get it anyways”). But the weird hyperactivity of Wang’s film feels particularly appropriate to the internet-laden discourse, where our grokking of complex political issues and of social movements can be distilled down to a single image, made barely readable by its inclusion in a montage, that flies by an unassuming viewer and is promptly forgotten by the time the next action sequence roles around.

The only issue is how exhausted one can get while watching it — the film flies by, and it has the weird paradoxical effect of making it feel longer than it actually is, just by virtue of how much shit is happening at any given time. But if you can stand Crank, you can stand Get the Hell Out, and you’ll probably enjoy it quite a bit.