Frances McDormand wanders in the teaser for Chloe Zhao’s ‘Nomadland’ 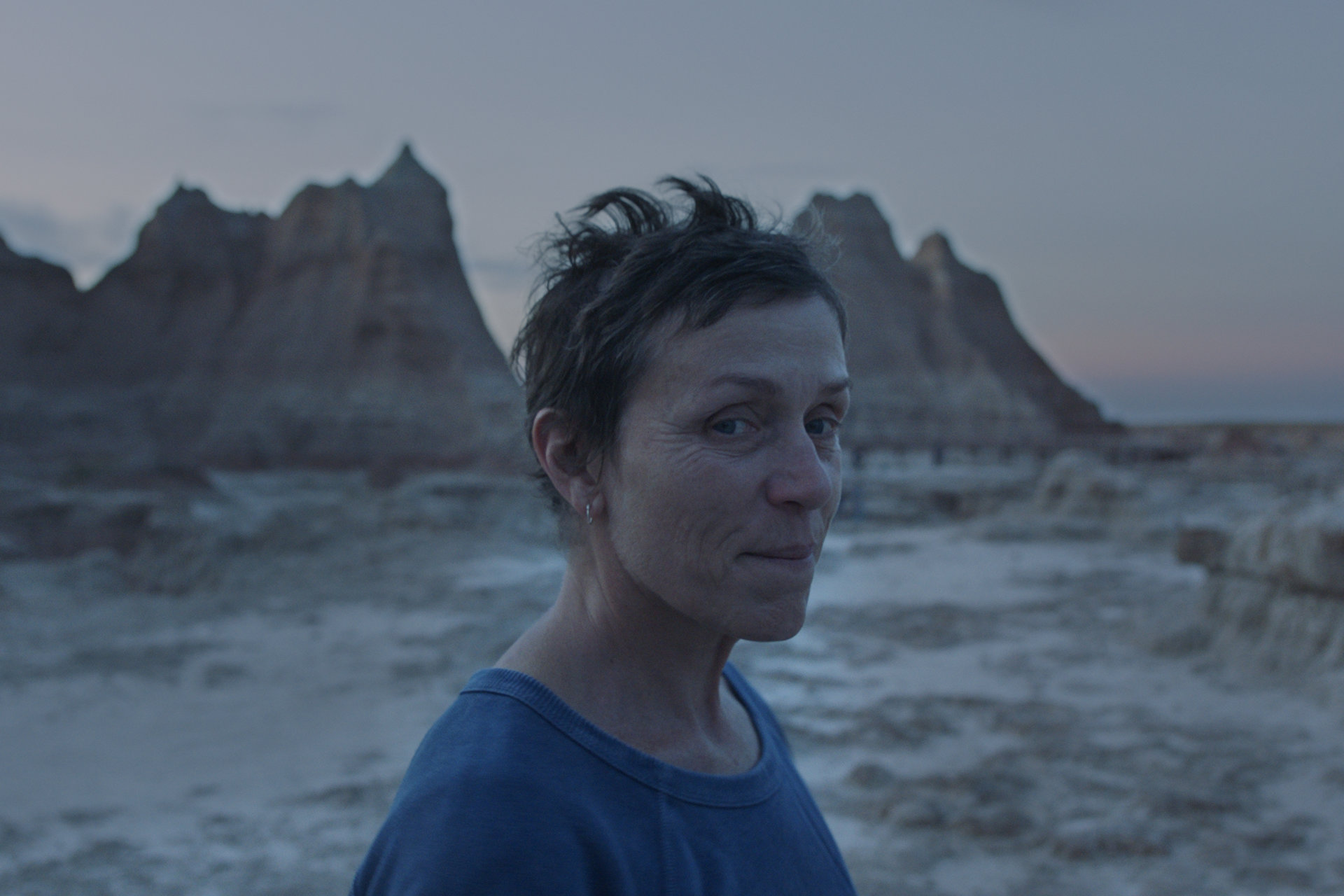 Chloe Zhao’s The Rider was one of the big hits out of TIFF a few years ago, and it went on to collect a ton of critical acclaim and accolades for its young director. Well, Zhao’s back with another feature, Nomadland, which stars Frances McDormand as a woman who goes a-wandering in the backcountry of the West Coast. Searchlight dropped a teaser for the project on Tuesday, and man, this really is the briefest of teasers — just a lovely little shot of McDormand walking in a camp by herself — but it evokes the quiet beauty Zhao endows all of her films with. Which, perhaps, makes it all the weirder that she signed on to direct The Eternals for Kevin Feige and Marvel, but perhaps we’re seeing one of the main reasons why she did in this in that lovely little Fox-less logo that Searchlight’s now sporting.

“Following the economic collapse of a company town in rural Nevada, Fern (Frances McDormand) packs her van and sets off on the road exploring a life outside of conventional society as a modern-day nomad. The third feature film from director Chloé Zhao, ‘Nomadland’ features real nomads Linda May, Swankie and Bob Wells as Fern’s mentors and comrades in her exploration through the vast landscape of the American West.“

Even better, here’s a lovely little statement from Zhao that she gave to the Venice Film Festival upon its submission:

“In fall 2018, while filming ‘Nomadland’ in Scottsbluff, Nebraska, near the frozen field of a beet harvest, I flipped through Edward Abbey’s ‘Desert Solitaire’ — a book given to me by someone I met on the road. I came upon this quote: ‘Men come and go, cities rise and fall, whole civilizations appear and disappear — the earth remains, slightly modified. The earth remains, and the heartbreaking beauty where there are no hearts to break… I sometimes choose to think, no doubt perversely, that man is a dream, thought an illusion, and only rock is real. Rock and sun.’

For the next four months, nomads came and went as we traveled and filmed — many kept rocks from their wanderings, their home on wheels powered by the sun. They left stories and wisdom in front and behind the camera. Having grown up in the cities of China and England, I’ve always been deeply drawn to the open road — an idea I find to be quintessentially American — the endless search for what’s beyond the horizon. I tried to capture a glimpse of it in this movie, knowing it’s not possible to truly describe the American road to another person. One has to discover it on one’s own.”

Nomadland will have its world premiere at Venice on September 11, and we’ll be seeing it a few days later when it makes its virtual premiere at the Toronto International Film Festival. It’ll hit theaters everywhere on December 4.