Ron Funches finds the perfect fit and a newfound love with ‘Nice One!’ 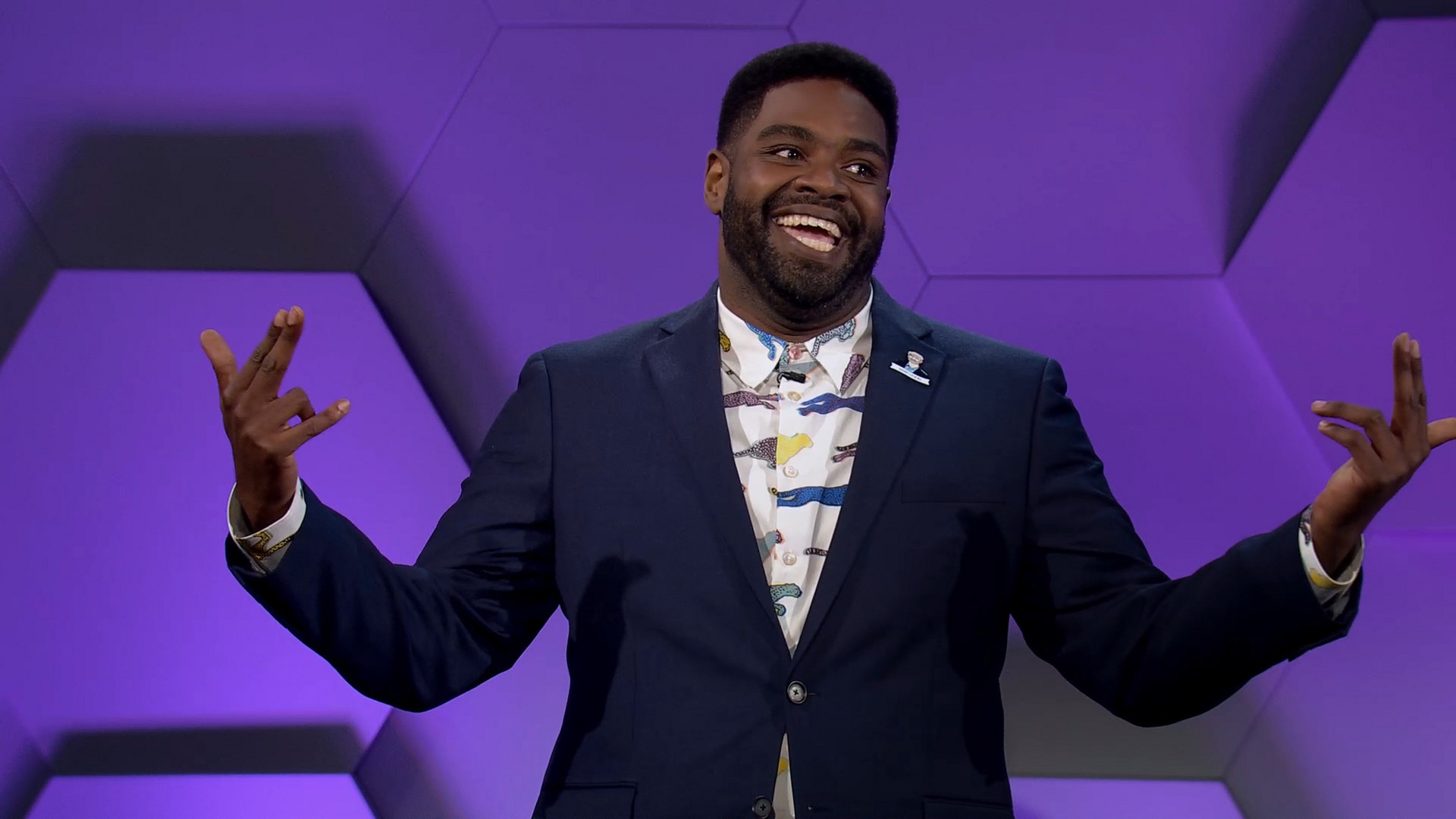 It’s unusual for Ron Funches to be a fan of his own work. However, it might be a bit tough to hold that position when a person’s newest project is as on-brand with an infectiously upbeat perspective as one can possibly get.

Teaming up with streaming service Quibi as host and executive producer of the positively vibing game show Nice One!, which premiered back on August 24, Funches is amazed at the fact that he now has his own show. But even though he’s able to take his lifelong love of game shows like Press Your Luck and Supermarket Sweep and mesh it with his optimistic and upbeat approach to comedy, as guests are tasked with paying a compliment to ugly situations, he’s not getting too comfortable with the gig — he’s just ecstatic for the opportunity while he has it.

“I’ve always been a fan of comedy game shows like @Midnight and other variety shows, so it’s just amazing to me that someone gave me my own show where I’m the host,” Funches tells Vanyaland. “I was talking to a friend of mine, who is a writer on the show, and we’ve been working together since I started comedy. After so many pilots, and treatments, and outlines, we are ecstatic that we’re finally able to write a second episode of anything.”

While it may sound like a show straight from the mind of Funches, the premise was actually expanded from a live show put on by producers Tom Brunelle and Brad Wollack of Free 90 Media. The pair wanted to bring the format into a different light, and after approaching him with the idea, Brunelle and Wollack let Funches run with it and make it his own thing, and Funches is looking forward to the possibilities that creative freedom could lead to.

With an expansive list of comics joining the show, Funches is excited to see the camaraderie of the comedy community come out in full force with the chemistry displayed between guests in the first few episodes, which for him, makes this experience all the more enjoyable.

“I have a lot of ideas for what I want to do with stuff like thematic episodes, like maybe a pro wrestling episode, and I wanted to get the guys from Workaholics cracking jokes together for an episode, so hopefully we get to do a season two so I can enact some of those things,” says Funches. “It’s really great when we can get any three people who have chemistry together on the show, especially when they’re friends and they’ve known each other, because you can feel that when you watch the show.”

There are many aspects to the new gig that have Funches on cloud nine, but there’s one part, in particular that has him most excited. Above all else, what has stuck out to him the most is that he’s been able to further shed the belief he had early on in his career that he’d only ever be a stand-up comedian, by discovering his love for hosting, and realizing what that responsibility means to him.

“There’s a difference when you’re hosting, because when you’re just there as a stand-up, all you care about is getting yourself over and getting your jokes over,” says Funches. “I learned very quickly that it’s my job as the host to not get myself over, but to make sure I get everyone on the show over and make them look like stars and to show how funny they are, and how much trust I have in them. I truly love hosting, and it’s something I want to do now, for the rest of my career.”

From the early stages of the show’s creation, it’s been Funches’ goal to not only entertain, uplift, and have a good time with his friends, but to also offer viewers a respite. He’s hopeful for future possibilities with the show, and spreading joy and kindness, but above all else, he’s hoping the show helps people recharge before leaving their momentary bubble of kindness and returning to everyday life.

“When I was a kid, my favorite thing about game shows and comedies like I Love Lucy was that, for a few minutes, they took me away from what might’ve been a negative situation in my life, and I think that’s sorely needed right now,” says Funches. “I hope that’s what people take away from this, and I hope they feel refreshed after watching it.”