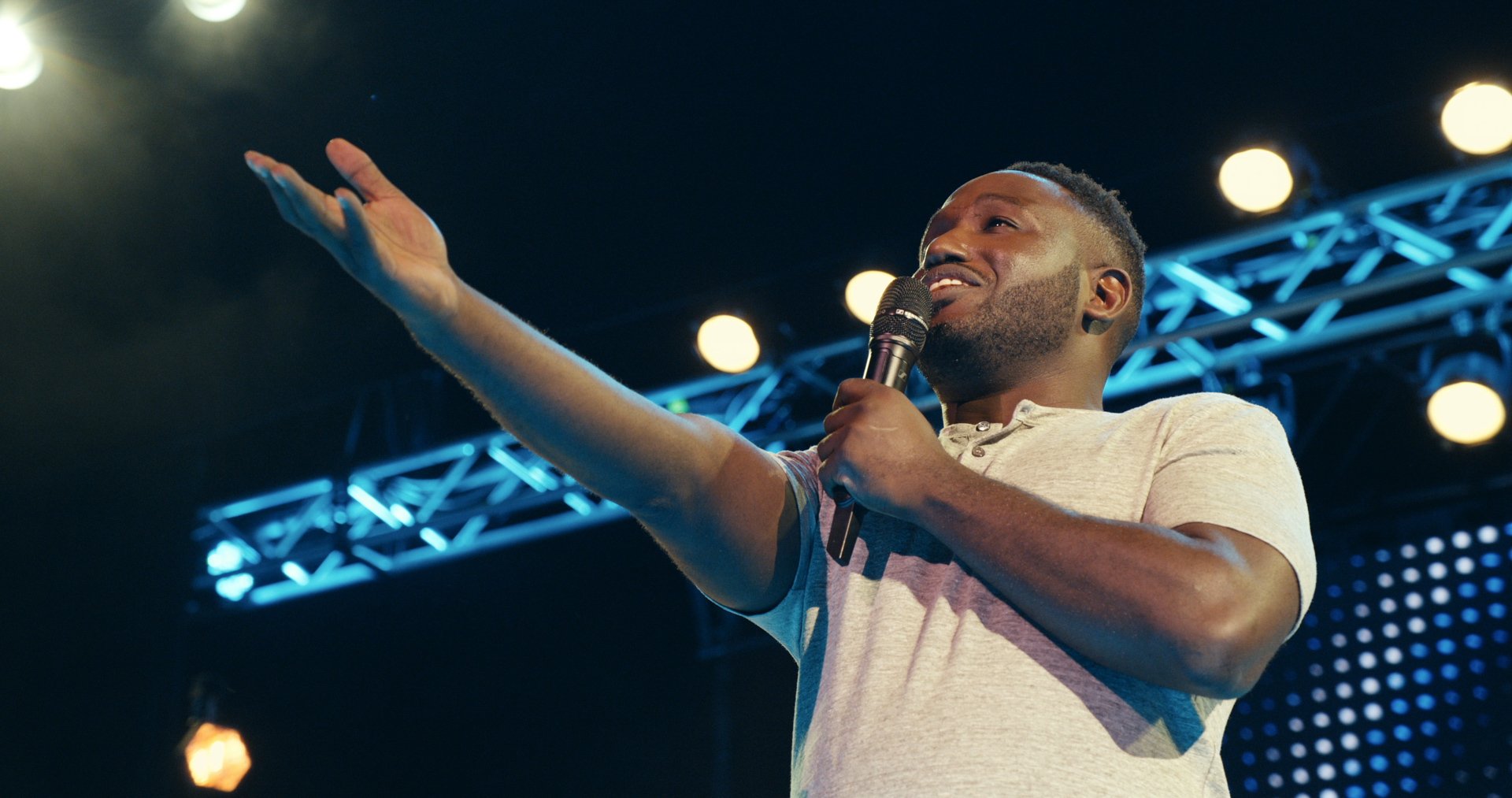 Hannibal Buress didn’t need to start his new special, Miami Nights, by explaining why he brought his latest batch of material to the masses by way of YouTube, but he did. The Chicago native unleashed his latest hour late last week (July 3) on the digital giant, citing a significant amount of creative freedom as the catalyst for the decision, and judging by the artistic eruption that followed the short vlog-style intro-turned-ad, we’re pretty damn happy with his decision.

Joining the likes of Mark Normand, Ted Alexandro, and Sam Morril on the growing list of comedians who have released specials for free on YouTube this year, it’s obvious that Buress swung for the fences on this project, and ultimately came up big in the end.

Sticking largely to the familiar approach we’ve come to know and love from Buress, wading in observational and self-reflecting humor, it quickly becomes abundantly clear in the opening minutes of the new hour that Buress’ comedic prowess has only strengthened since 2016’s Comedy Camisado and Hannibal Takes Edinburgh. However, what makes this special even more intriguing, beyond the material, is what truly separates his efforts from his fellow platform migrators.

Periodically visiting a small control panel on a black box in the middle of the stage, Buress’ impeccably well-timed injection of sound effects, visual distortion and the occasional auto-tuning certainly scores major points when it comes to presenting the obvious growth in his artistic grind.

From thoughts on how asthma doesn’t get any love when compared to other illnesses and the way he hopes to die (ascending to what he refers to as “Lou Gehrig level”) to rapper 2 Chainz’ obsessive quest for a Bentley truck, there are virtually no lulls in the set’s punch, which only further drives home the proof of the level on which Buress is currently operating. But what makes this special so smooth, even beyond his generally even-keeled demeanor and natural delivery, is that full-fledged multimedia component Buress implemented.

Nearly every creative element that makes this special such an enjoyable experience, through and through, mesh together for the crescendo of the project, where Buress fills in the final 28 minutes — nearly the entire second half of the show — with a heavily detailed break down of his 2017 arrest in Miami, and the events that followed after. From the arresting officer’s bodycam footage to Buress’ dry lips in his mugshot and the news that followed surrounding the same officer’s criminal history, Buress offers up a digestible, funny and timely cherry atop a sundae of real, true comedy precision.

Buress’ sixth special showcases a lot of things that shine a positive light on his consistent progression as an artist. From a comedic and creative growth, and what looks like a new comfort level for him on stage, to moments of heartfelt sincerity, and even continuing the discussion, in his own way, regarding the abuse of power exhibited by law enforcement. At different points throughout the show, Buress points out how comedy is subjective, but it’ll be pretty hard to stay subjective when it comes to facing the fact that this is, hands down, one of the best specials of 2020.