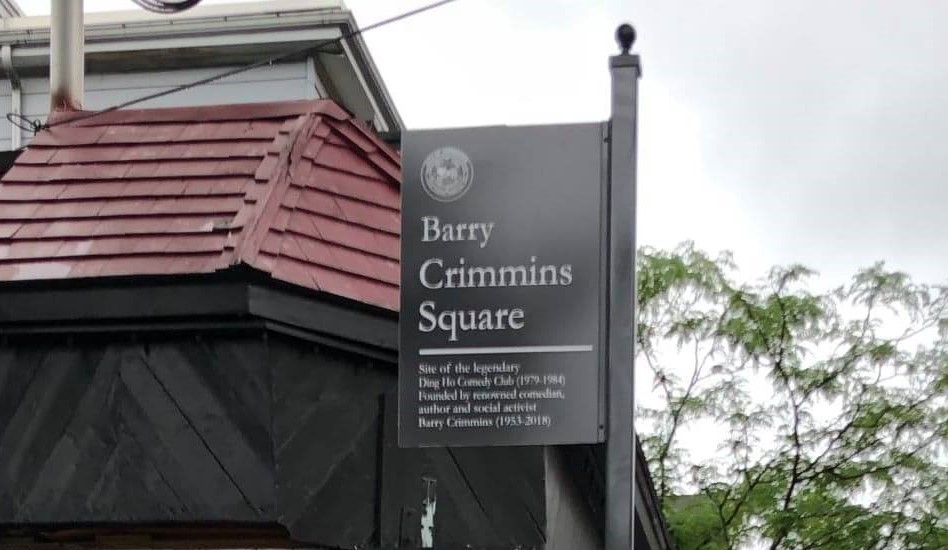 As a cavalcade of Boston comedy royalty gets ready for a virtual shindig this week to commemorate the 40th anniversary of the Ding Ho Comedy Club and pay tribute to Barry Crimmins, the legacy and influence of the late comedian and activist continues to be a driving force in the Boston comedy scene.

Following a ceremony yesterday, attended by some of Crimmins’ friends and family — including Jimmy Tingle, Tony V, and Barry’s wife, Helen among others — Crimmins’ legacy as a founding father of the Boston comedy scene and a devoted activist will live on in Cambridge in the form of a commemorative plaque on Springfield Street in Inman Square. It’s the site of the Ding Ho comedy club, which Crimmins founded and operated.

Meanwhile, The Ding Ho 40th Anniversary Reunion, Tribute and Fundraiser will take place this Friday (July 3) at 7:30 p.m. EDT. It will be hosted via Zoom and features appearances by Denis Leary, Lenny Clarke, Steven Wright, Paula Poundstone, Bobcat Goldthwait, Mike McDonald, Tom Kenny and many others.