‘Eurovision’ Review: Take a chance on this Netflix comedy 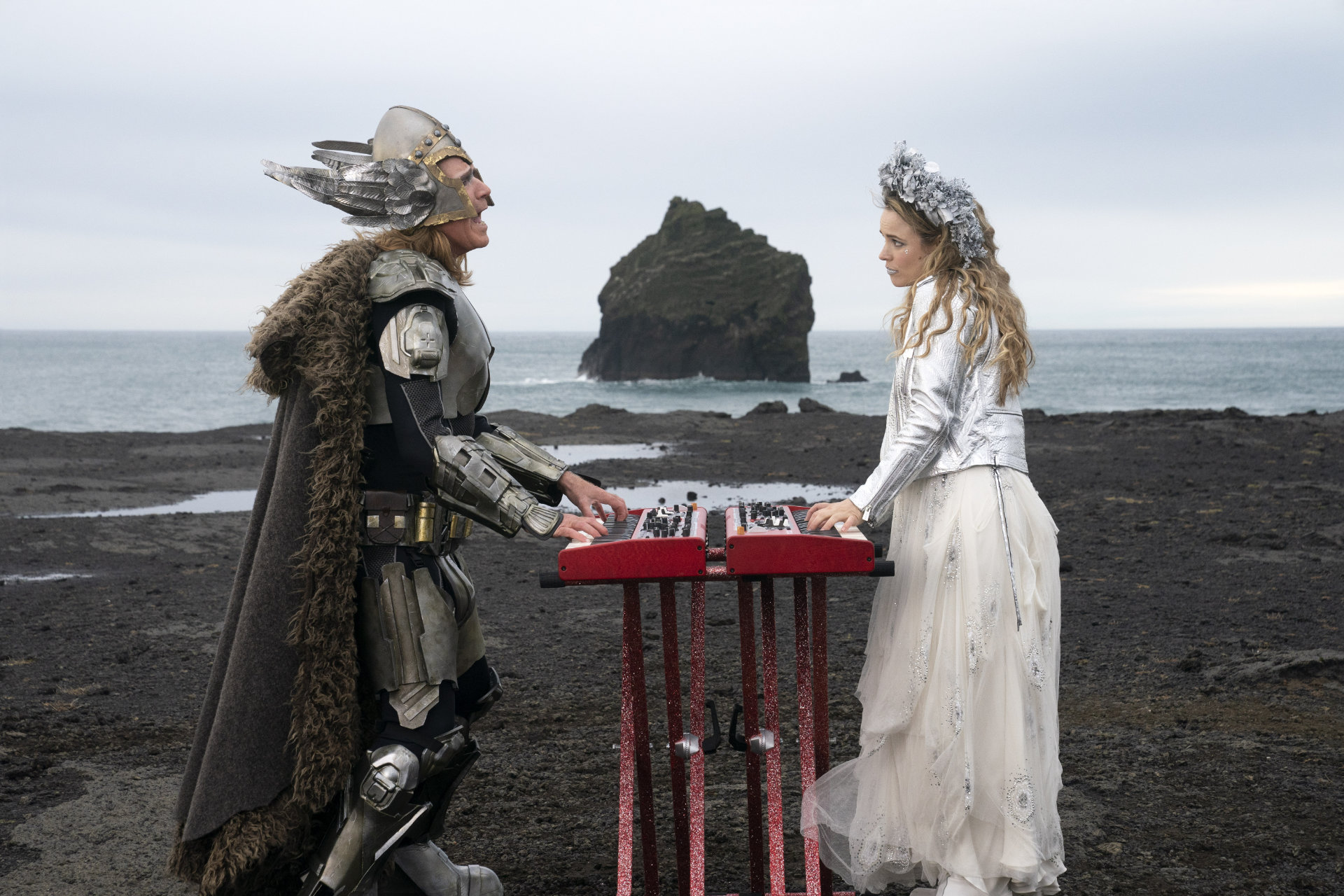 Being both an American and a devout anti-poptimist, I had no real exposure or experience with the Eurovision Song Contest prior to watching Netflix’s new Will Ferrell film dramatizing the yearly competition. Well, that’s not totally true — ABBA is about as inescapable as herpes simplex-2 in Western culture at this point — but you get the point: I’ve never watched one of these crazy spectacles, and I probably wouldn’t have. But David Dobkin’s Eurovision Song Contest: The Story of Fire Saga (herefore referred to as Eurovision) is a surprisingly good time, anchored by great performances by Ferrell and Rachel McAdams (the film’s true MVP), and I had a lot of fun with it. It won’t blow you away in the same way that the first viewing of Anchorman or Step Brothers did, but it’s an adorable little film that is zeroed in on what makes its stars so damn appealing in the first place.

Eurovision opens in 1974, with the denizens of a small Icelandic town gathered around the television at the home of Erick Erickssong (Pierce Brosnan), a recently-widowed fisherman who, at the urging of his friends, turns on the contest. His deeply depressed son Lars hears the opening bars of ABBA’s “Waterloo” and immediately wanders in front of the television and begins to dance. His father pleads with him to stop, worried that his friends are laughing at the young boy, rather than laughing with him, though his routine inspires a fellow youngster, Sigrit (who everyone believes might be Lars’ sister, given his father’s promiscuity), to dance along as well. He vows that he’ll win Eurovision one day, and believes it to be his destiny.

Decades later, the now middle-aged Lars (Ferrell) and Sigrid (McAdams) have formed a pop duo, Fire Saga, and they perform at the local tavern, though Lars is growing tired of playing “Happy” and the old local standard “Jaja Ding-Dong” to the same old drunks. But he thinks this is going to be his year, and Sigrid supports him unquestioningly, as she’s been in love with him all of these years but never quite had the courage to tell him so. He submits the tape for one of their songs to Iceland’s Eurovision qualifier, the board of which has already practically decided that a pop star named Katiana (Demi Lovato) will be their champion, but they have to go through the contest’s motions. But after a sudden twist of fate, Iceland is left without a champion, and they’re forced to send Fire Saga to Eurovision, which is being hosted in Edinburgh. It’s there that the band will be put to the test, as Sigrid is nearly lured away from Lars by a flamboyant Russian (Dan Stevens), and Lars is forced to contend with his father’s shame and also has to realize how much he needs Sigrid, after all.

There are a few truly hysterical moments in Eurovision, and pretty much all of them involve McAdams’ steadfast belief in elves, a lovely bit of local color that never feels like it’s taking an untoward shot at the Icelandic people who believe in these little legends. The oversized performances are also very funny, in a broad sense, with Ferrell and Dobkin’s enthusiasm and love for the contest’s trappings bleeding through the very minor mockery (a giant hamster wheel is the least of the insanity on display, but it does lead to some very, very funny slapstick). But each little aside or gag is amusing, even if it never results in one legitimately laughing out loud. Part of that is due to just how smartly Ferrell and McAdams play off one another, as both are best (in comedies, at least) when they’re playing characters with a single-minded focus, buffeted by some amount of naivety. Crucially, Ferrell’s character is never really an asshole, which would cause the film to curdle like spoiled milk if he were given a similar self-righteous boorishness like Ron Burgundy. His edges are softened by McAdams’ wide-eyed purity, and the pair feel organically linked — they’re practically meant to be together.

At two hours, it drags a bit, especially in the second act, when the musical numbers slowly stop to cease and the “will-they-won’t-they” drama begins to come out in full-force. Still, Eurovision never stops being compelling, and the boring, predictable romantic plot resolves in such a way that it’s worth suffering through the motions here. And I think that’s what I liked the most about Eurovision: Its kindness. Nearly every character in the film proves themselves worthy of love, and the film’s heart is big enough to see pretty much every named character for what they are, decent-enough people just wanting to find some manner of success and happiness, with the pop songs, pyro and sequins only tools to assist them on that path. Perhaps it’s just a measure of how deeply shitty the world is at the moment, but Eurovision provided me with enough joy and good humor to easily excuse a number of its flaws, and it works like gangbusters as a piece of advertising for the cultural institution it’s meant to represent, meaning I’ll be tuning in for 2021, come hell or high water.