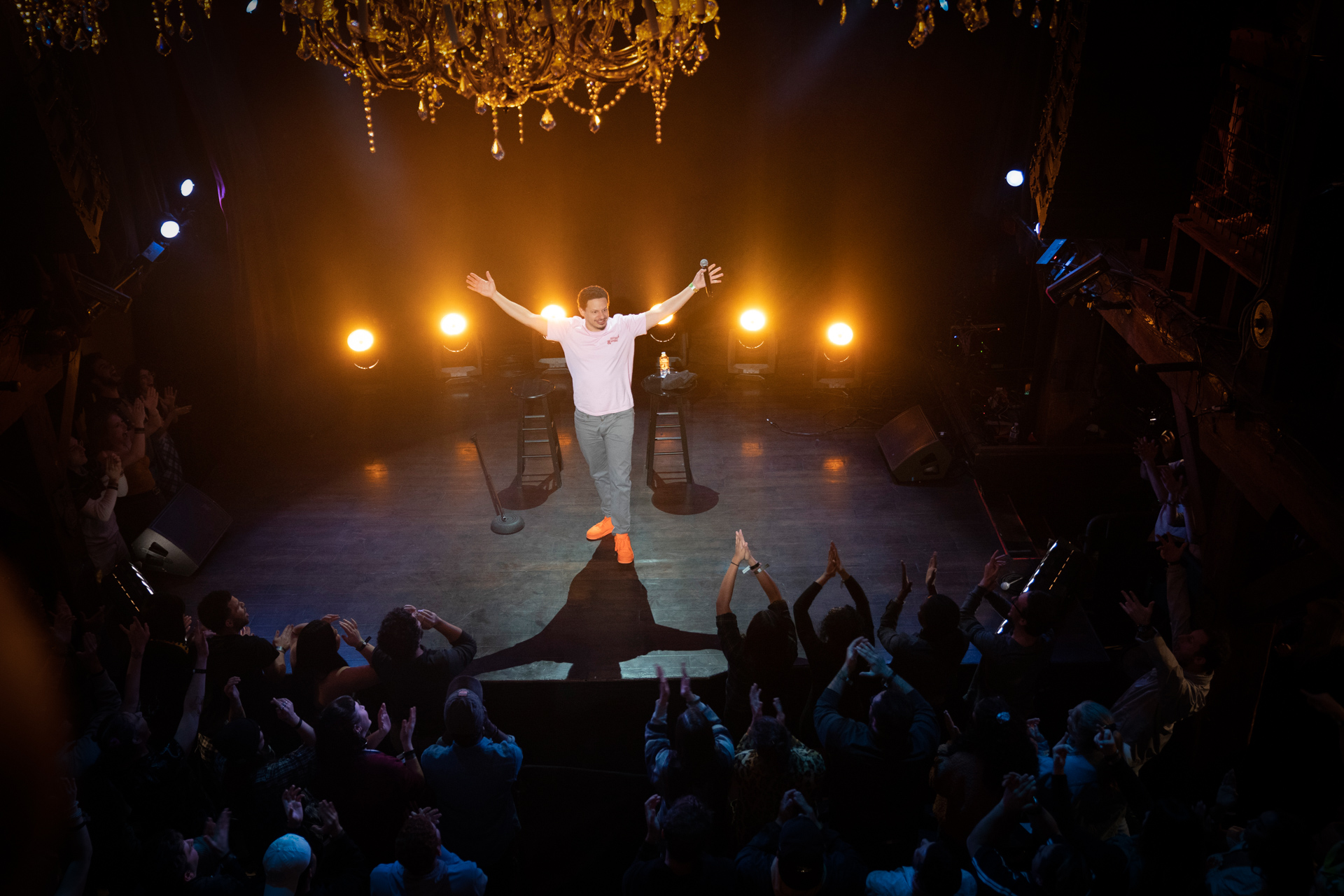 From the moment last month Eric Andre announced his debut stand-up special, Legalize Everything, we’ve anxiously awaited whatever might be in store. We think it’s pretty safe to say that, given the fact that it is a product of Andre, what we received on Tuesday (June 23) was pretty much what we expected — and then some, in the best way possible.

Wielding his brand of high-energy and chaotic comedy, Andre’s stage presence flows like an amusement park ride that has you on an adrenaline high from intro to credits, while keeping you on your toes with the peaks and valleys, and also has you wondering what the hell is going on for the duration for the set.

As he weaves in and out of tales focusing on his experiences with hallucinogens, while hitting more than a few loop-de-loops of material that bring us back to the feeling of his long-running Adult Swim show every now and again, Andre once again displays a type of creative approach that just screams a refreshing amount of “no fucks given.” What Andre brings to the stage is what he knows will work with his audience, whether it’s in the form of stories about smoking weed with his mom and getting too high on Xanax before the Tupac hologram at Coachella, or thoughts revolving around recreating the drinking helmets at football games to accommodate cocaine use, the failure of the war on drugs, and the oddity of reggae music serving as the theme song for Cops. Whatever form it may take, it’s nothing but straight rocket fuel from start to finish.

While clocking in right around the 52-minute mark, the hyperdrive speed of the show, accented by the peppering of bright, flashing colors into different parts of the set, and on-stage antics that travel outside the “traditional” realm of stand-up (but not outside the realm of The Eric Andre Show), the set goes by all too quickly. Seemingly leaving faster than it arrived, it feels like so much more could have fit into a full hour, given Andre’s ability to jump from one topic to the next with precision, but we’ll take what we can get right now, as it was all too good to pass up.

At the end of the ride, it was fairly exhausting and sweaty, but above all else, it was uniquely Eric Andre with nothing off-limits, and hopefully, it’s not the one and only time we hear from him, or see him lift his shirt to the crowd, in a stand-up special setting.