Here’s your first look at Darkseid from ‘Justice League: The Snyder Cut’ 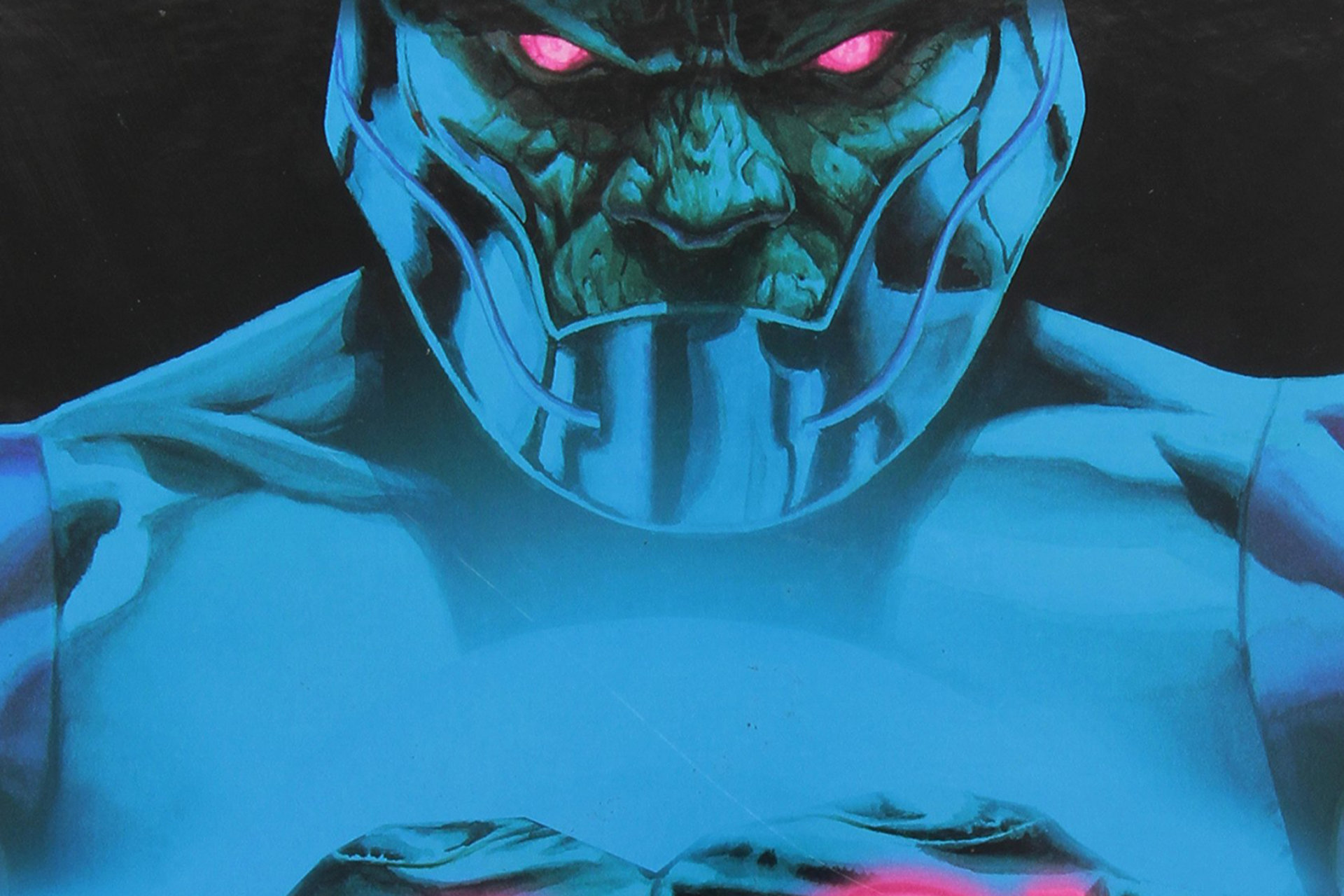 Image from 'Final Crisis' by JG Jones via DC Comics

One of the most intriguing things about the “Snyder Cut” of Justice League is how it will deal with Zack Snyder’s now-abandoned vision for the DC Extended Universe. For the uninitiated, Snyder’s original plan was to have the film converge upon the introduction of a truly world-threatening antagonist, ala Thanos, who would have been presumably dealt with in a sequel (it was, of course, originally planned to be two full films) and offer up a scenario for future adventures in the universe. Indeed, it feels like the modern DC Comics universe was built upon that thesis as well — one only needs to look at Geoff Johns and Jim Lee’s Justice League comics from the ‘New 52’ era to see proof of it. On Wednesday, we got our first look at one of the biggest puzzle pieces left on the board.

To summarize exactly what Darkseid is or what he represents would take up far, far too much space than this brief article allows, but, essentially, he’s Nihilistic Space Satan, who rules over the nightmarish technological hellscape of Apokolips in space and searches for the Anti-Life Equation, which would give him control of all beings. He was created by Jack Kirby as a part of his New Gods series in the early ’70s, and he’s been a popular antagonist for characters like Superman over the years in various cartoon forms. He, for all intents and purposes, was to be the Thanos analog in the DCEU — and his appearance was heavily foreshadowed in Batman V. Superman in one of Jesse Eisenberg’s most annoying bits near the end of that film — but Snyder’s recusal from the project kneecapped those plans, and the first villain, Steppenwolf (played by Ciaran Hinds), eventually took over in Joss Whedon’s version.

But now that we’ve got the Snyder Cut on the way, it was only a matter of time before we’d start getting hints about the film’s true Big Bad, and honestly, Darkseid looks pretty much like we expected him to: almost exactly like Jim Lee’s redesign of the character from the comics that we mentioned in the introduction, minus the top. It’s a bit disappointing to those who were hoping for the Utility-Skirted version of the character that we grew up with, but honestly, this modern take vibes with the rest of Snyder’s aesthetic. Hell, we’re still having trouble wrapping our heads around the fact that this film will exist in a year, so who knows! It might be great. Or it might be bad.