Watch RoboCop shoot the Terminator in the dick in ‘Mortal Kombat 11: Aftermath’ 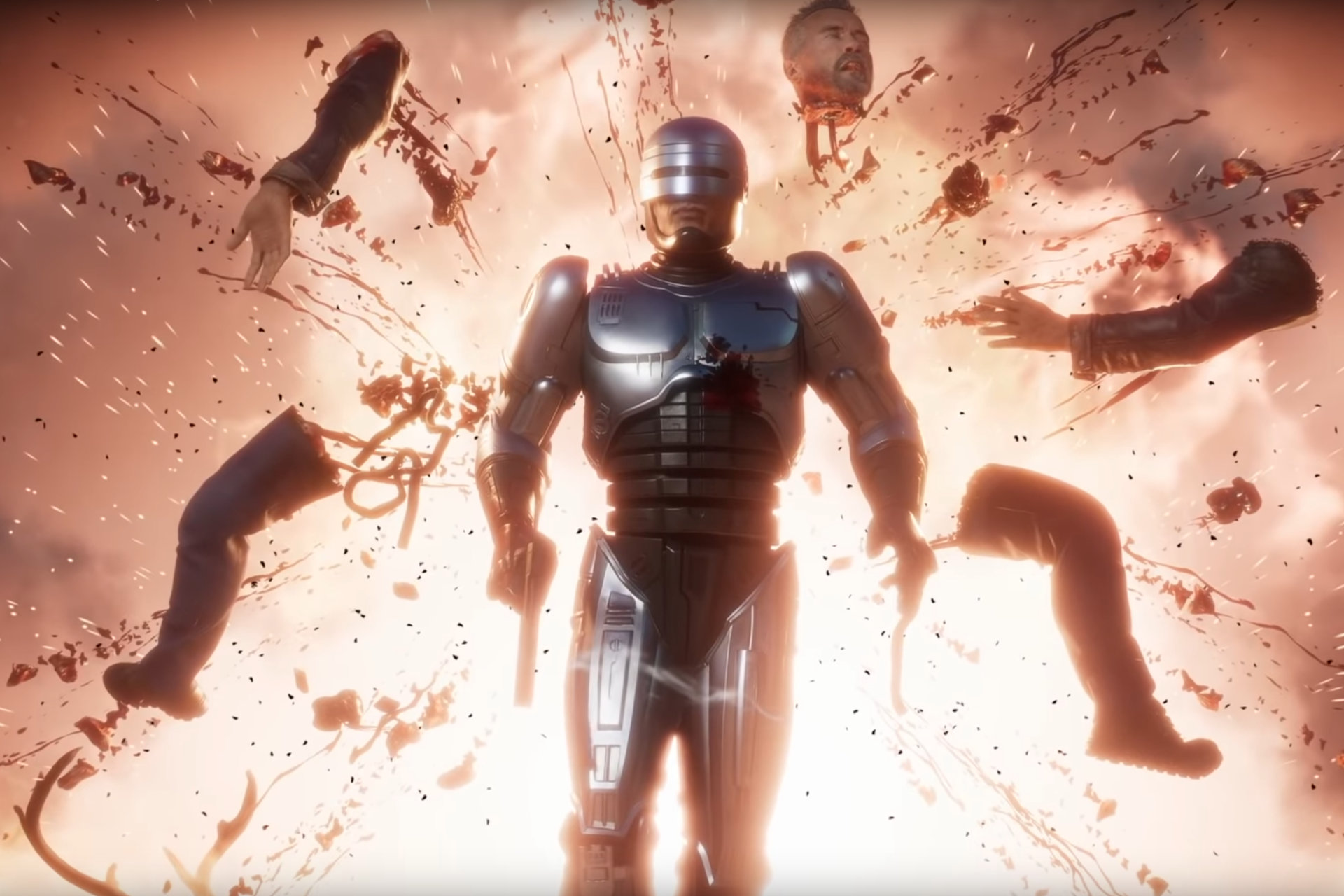 Earlier this month, we brought you the news that RoboCop, voiced by Petter Weller, would be joining the Mortal Kombat 11 roster to fuck up Sonya Blade, Scorpion, and Raiden in some non-canonical fun. We wondered how he’d stack up against such fierce competition, and, on Thursday, we got our first glimpse of him in a battle against another iconic ’80s character: The motherfuckin’ Terminator. And, boy, it does not disappoint. Get ready for some dick-shooting action, folks.

Here’s the clip in question:

Wow. That was, shockingly enough, the best RoboCop film since the ’88 original. There’s so much to love here: ED-209’s roar, the acknowledgment of the Sega Genesis/SNES game and comic book that saw the two going up against each other, and, of course, that wacky-ass fatality, which we will probably make our desktop background by the end of this workday. Not only does he prove that the Terminator’s got nards, but he straight-up blows apart the T-800 in the goofiest way possible. If the “Remember When Robocop Shot That Guy in The Dick” meme has another lasting legacy beyond that infamous Fatal Farm clip, we hope that it’s this.

There’s also another demo clip, in which the Terminator manages to pull out a victory and sends RoboCop to the future. We’re on Team RoboCop, so this one hurts, but, hey, you can’t win them all:

Mortal Kombat 11: Aftermath hits PS4, Xbox One, Switch, PC, and Stadia on May 26. It’s a bit unfair that those who bought the game at launch at full price now have to pay $40 for the extra content (a $100 investment, overall), when new players get the whole package — original game, and the extra DLC — for a cool $60, but RoboCop is making this weird anti-consumer practice seem justifiable, at least in our wallets.