By Jason Greenoughon May 15, 2020
ShareTweet 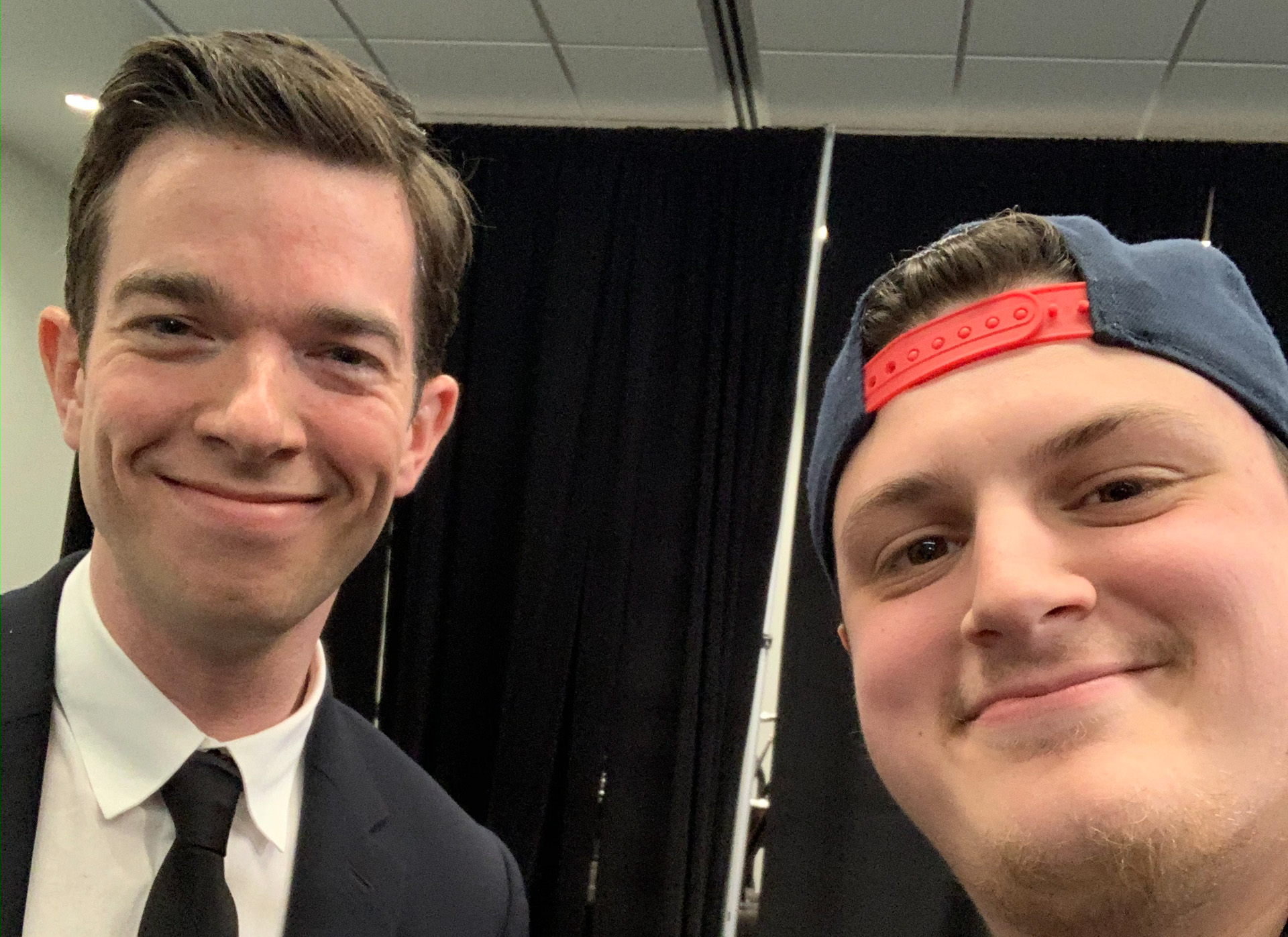 Editor’s Note: Welcome to V7, an all-day series on May 15, 2020 that celebrates Vanyaland’s 7th anniversary. We launched back on May 15, 2013 with a brand new publication and a livestream (yeah, before it was cool), and to celebrate the day, Vanyaland’s editors, senior writers, and publisher have offered up their own personal favorites from the world of music, film, and comedy. Below is a contribution from Comedy Editor Jason Greenough.

Since I started here at Vanyaland, I’ve come to know and really understand a laundry list of great comics, both locally and nationally, and that list will inevitably grow as time goes on. However, I’d like to take a moment to talk about some of the comedians that are heavily responsible for sparking my interest in the art form in the first place. In no particular order, and certainly not a finite collection, here’s a quick look at seven comedians that will always be in my rotation.

I can’t remember if my initial exposure to Dane Cook was “The BK Lounge” or “Hopped Up On The Q” or “B & E”, but what I do remember is that, aside from the Richard Jeni tapes that my mom raised me on, Cook was the first comedian I discovered on my own and the first one I remember really gut-laughing at. There are so many aspects to his comedy that have kept him at the top of my list for so many years, from his physical comedy to his verbal illustration, but what has always stuck out to me, and in some sappy way, been a creative inspiration to me is his genuine passion for what he brings to the stage.

I’ll be honest — I don’t remember in the slightest how I stumbled upon John Mulaney’s comedy, but like the lot of us, I’m glad I did. I’m not sure if it’s the suits, or the impeccable comedic timing and the pop-culture references, but everything he does turns to gold for me. In my eyes, he’s the hardest working man in comedy, and the fact that he can pivot from something like Oh, Hello or Big Mouth to a project like John Mulaney & The Sack Lunch Bunch and still have it tout that same kind of signature Mulaney charm and wit is absolutely mind-blowing to me.

I was working as a janitor at a high school when I first heard Dan Cummins’ ‘Here Come The Spoons’ bit on Pandora. From that point on, I ingested every bit of his work that I could find, and when he came out with Don’t Wake The Bear a few years later, that was it. Absolutely hooked ever since. A lot stands out to me about Cummins’ comedy, but most of all, what I enjoy the most about his material is that it’s rarely fully fabricated. Even the most outrageous punchlines and expressions of frustration stem from real stories, thoughts and viewpoints, and that type of sincerity is really what I appreciate the most about his work, because it makes me feel less alone in my own frustrations and, at times, cynical view of the world.

I know I’m not alone here, but growing up homeschooled in a very politically active family, The Daily Show became a daily civics class for me, more often than not. Jon Stewart kept me informed as well as entertained, with his balance of sociopolitical intelligence and high-octane comedic takedowns of hypocrisy and dangerous political policy, and continued to keep my political fire lit until he left his post on Comedy Central back in 2015. I’ve always kept Stewart in high regard, for both comedic and political reasons, and I’m not ashamed to admit that I shed a bit of a tear when I saw him take the stage with Dave Chappelle at The Wang a few years back.

I’ve had the pleasure of interviewing Gary Gulman a few times over the years, and while that may not be a completely fair qualifier when discussing why I truly love his comedy so much, it definitely kind of is. Although his comedy has consistently been all-star caliber, those conversations I’ve had with him have helped me appreciate the onstage material on a completely different level. The accessibility and vulnerability Gulman has brought to every hour he’s put together, and meshed it with a dangerously sharp wit and a penchant for sculpting titanic, hilarious bits on top of mundane scenarios has brought me through dark times and only emboldened the good times.

Maybe it sounds dishonest, but it’s completely true — I’ve never disliked anything made by or inevitably made better by featuring Patton Oswalt. Along with being one of the sharpest and most intelligent comedy voices I’ve ever heard, Oswalt is also one of the most heartfelt and genuine comics in the game in my eyes, balancing stories about creepy clowns with glimpses into his life where he doesn’t hold back on shedding light on his own shortcomings as a father, and he just keeps getting better as time goes on. Watching the way he can control the tempo of a live show as masterfully as he can a scene on a TV show, and just his overall delivery is awe-inspiring, to say the least.

Aside from only Bill Burr and Dave Chappelle, I have never seen an audience react with so much enthusiasm quite like when Bobby Kelly takes the stage — and for good reason. From start to finish, his laugh-per-minute ratio is absolutely bananas, as he never pumps the brakes on bringing the high heat, but never seems to lose an edge. I’ve always been a fan of self-deprecating humor, since it helps me look at myself differently and not take myself so seriously as I get older, and Kelly’s ability to balance self-deprecation with jokes at the expense of his friends, family and the crowd in front of him is undeniably masterful. He’s dedicated to the craft on a whole other level, and that shows more and more with the straight-up rocket fuel he brings to the stage.