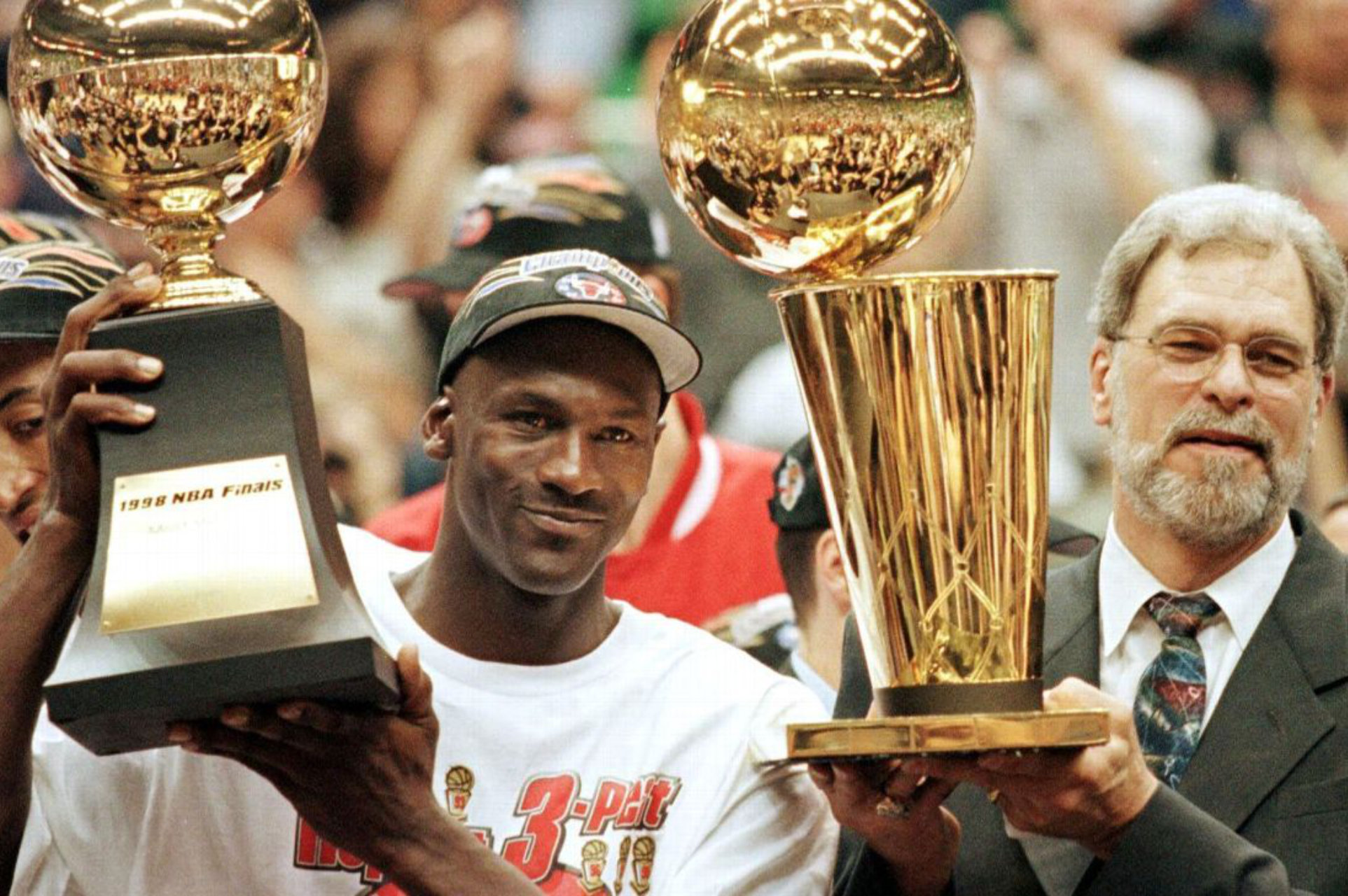 Still from 'The Last Dance' via ESPN/Disney

In case you’ve been living under a rock, live sports aren’t really a thing at the moment. Sure, there’s Belarusian soccer living on out there on some obscure cable channel, there’s a whole lot of audience-free professional wrestling (some of it *coughAEWcough* being significantly better than other offerings), but the stalwarts of the sports world — baseball, the Premier League, the NBA — have all shut down thanks to the COVID-19 pandemic. That’s bad for the leagues, of course, but it’s even worse for sport-centric television channels like ESPN. They’ve been making the best of a bad situation, airing weird sports on the weekends alongside old Wrestlemanias, not to mention the wall-to-wall coverage of the NFL offseason. They’ve beaten the “Tom Brady is a Buc” news to death like it lost them the Belmont Stakes.

But they’ve had one ace up their sleeve this whole time: Jason Hehir’s highly-anticipated documentary The Last Dance, a ten-hour documentary about Michael Jordan’s last season with the Chicago Bulls. Compiled from hundreds of hours of never-before-seen footage from that year and new interviews recorded with all involved in the twilight of Jordan’s prime, it’s a prestige doc, much like OJ: Made in America was for them a few years back. It was originally scheduled to drop in June, but tough times call for tough measures, and the network announced Tuesday on Twitter that it’d be moving up the show’s premiere to April 19.

Here’s the tweet in question, alongside a brief new trailer for the film:

Here’s a statement from ESPN given to Variety about why they moved the date:

“As society navigates this time without live sports, viewers are still looking to the sports world to escape and enjoy a collective experience. We’ve heard the calls from fans asking us to move up the release date for this series, and we’re happy to announce that we’ve been able to accelerate the production schedule to do just that. This project celebrates one of the greatest players and dynasties ever, and we hope it can serve as a unifying entertainment experience to fill the role that sports often play in our lives, telling a story that will captivate everyone, not just sports fans.”

And here’s another from Hehir, the documentary’s director:

“Michael Jordan and the ‘90s Bulls weren’t just sports superstars, they were a global phenomenon. Making ‘The Last Dance’ was an incredible opportunity to explore the extraordinary impact of one man and one team. For nearly three years, we searched far and wide to present the definitive story of an era-defining dynasty and to present these sports heroes as humans. I hope viewers enjoy watching our series as much as we enjoyed the opportunity to make it.”

This is obviously pretty great news for sports fans, who could really use this pick-me-up in such a dark moment (we honestly hate imagining what this brief period of isolation would have done to Howie from Uncut Gems), and we can’t wait to finally check this out. Its first trailer dropped two years ago, so, yeah, we’re pretty ready for it. The Last Dance will air in two-hour installments on ESPN over the course of five weeks.