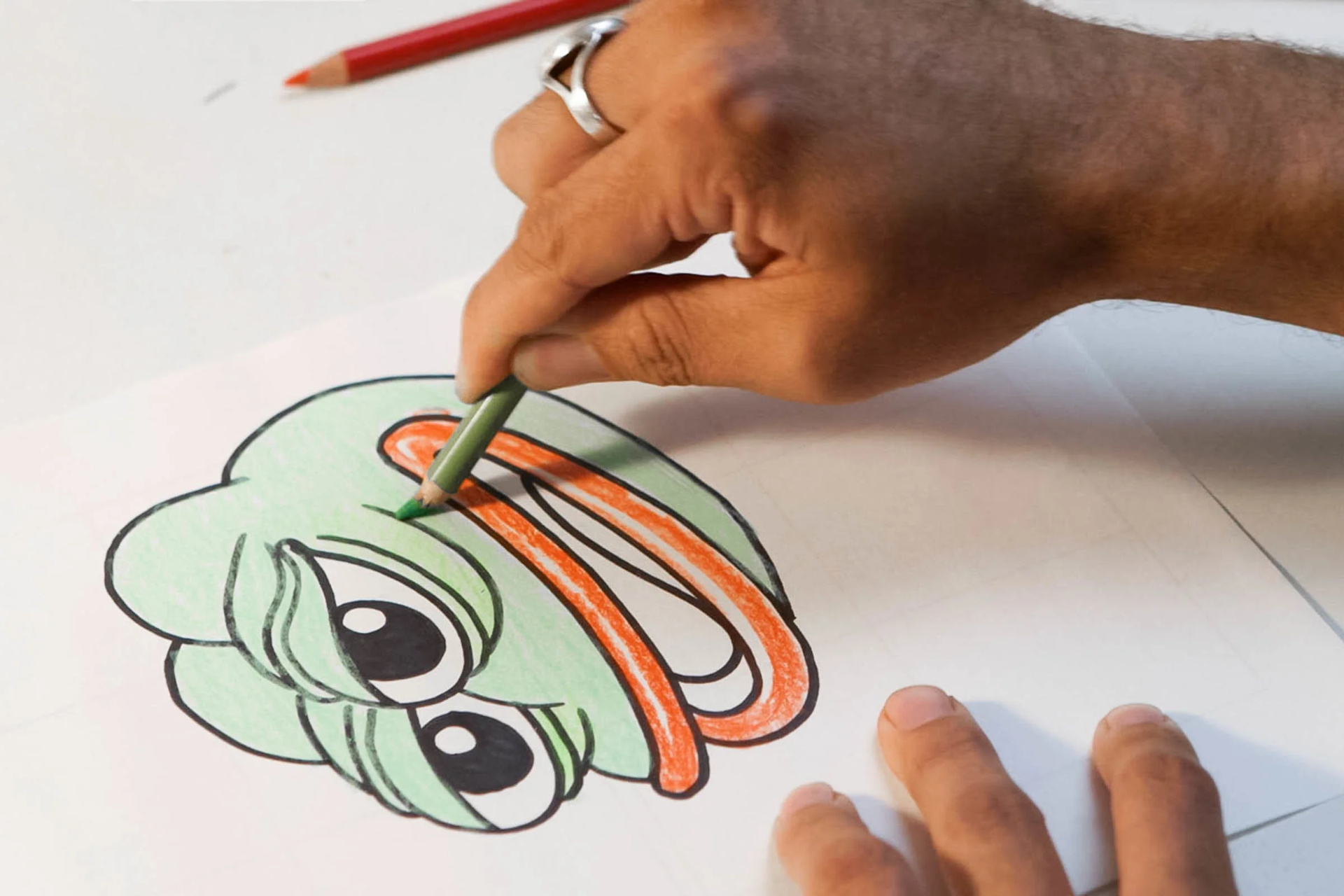 Editor’s Note: The 2020 SXSW Film Festival was canceled a few weeks ago due to concerns over the outbreak of the novel coronavirus (COVID-19). This was the right choice, but it has deeply hurt both the financials of the people of Austin who depend on the festival for their livelihood and the filmmakers who would have had their work showcased there. We’re doing our part: To the best of our ability, we’re still covering films that would have played the festival, and all this week, we’ll be bringing you reviews of smaller films that you should be on the lookout for. We ask that you consider doing yours, and donating to one of these charities if you have the means.

It’s a risky thing to make a movie about a meme, and it’s even riskier to assume that it’ll remain relevant for the time it’ll take you to complete filming. Most will be lost to the vast ocean and tempestuous tides of internet culture, but there are a few who have held on throughout the sea-changes. Chief amongst them is Pepe the Frog, whose origins in alternative comics at the start of the modern internet era led the cartoon frog to become one of the internet’s most recognizable images. But this dissemination had a darker side, and it’s one that you’re probably familiar with: By the end of 2016, Pepe had become synonymous with the alt-right and a bunch of other malicious internet actors, and Arthur Jones’ compelling doc Feels Good Man tries to explore how and why this happened, as well as the fallout that this development had on the meme’s creator.

Pepe began his life as a character in Matt Furie’s Boy’s Club, an alt-comix tale of a group of chill cartoon dudes and their post-college bong-and-pizza slackerdom, and because Furie put his work up on MySpace, it eventually caught on with people on the internet at large. Furie’s a fascinating figure: he’s a soft-spoken, introspective fellow who partied hard once upon a time but settled into some approximation of adult life over the course of his career as a cartoonist. A few talking heads acknowledge how Pepe seems to be his stand-in in the Boy’s Club comics, and Furie’s other projects, including his work as a children’s book author and illustrator, only serve to underline it: they’re full of frogs. Yet, he initially has a live-and-let-live response to how his creation is being used on the internet: it’s harmless fun, right? And, sure enough, it was: Pepe began helping people express complicated emotions in online spaces like 4chan, and Jones stacks his documentary with psychologists and theorists offering interesting explanations as to why.

But in the middle of the ’10s, something changed: As all things in those spaces are wont to do, the mainstream culture picked up on Pepe’s usage in these spaces, and like most closed-off cultural groups when their shit goes mainstream, they reacted poorly. Really ugly and offensive images of the character began popping up online, attempting to throw “normies” off of the group’s scent, and that approach only leads to mayhem. As Jones points out, at some point ironic hatred becomes indistinguishable from the real thing, and you suddenly have Pepe appearing on the Anti-Defamation League’s list of hate speech symbols. It’s at this point in which Furie decides to fight back against his creation’s misuses but when he also realizes that he can’t put the toothpaste back into the tube, and the measures that he’s taking might be too little, too late. It’s also when Jones’ documentary gets truly fascinating as he starts pulling in some truly bizarre experts — including an occultist magician, who highlights the black-magic energy that might have fueled the whole political enterprise — and also when the film gets legitimately scary.

It was always going to be a tall order for Jones to try and put the whole sweep of fast-changing internet culture in a 90-minute documentary, but he does a surprisingly solid job at condensing large amounts of information down to their basic elements. It may be too broad for some, but there’s a lot to learn here, and it’s presented in lovely fashion, chock-full of beautiful animation that’s nearly ripped straight from Furie’s comics. There’s a part of me that wishes that Jones would have waited even longer to make this documentary, just to document the meme’s further mutations over the years. The ones we see here — where Pepe becomes a bizarre symbol of internet commerce through the “rare Pepes” online or a late-stage wrestling-style face turn where the meme is adopted by pro-democracy protesters in Hong Kong — are fascinating, perhaps worthy of their own docs in the first place. But they’re ultimately addenda to Furie’s story, which, in its own way, feels mostly complete: He gave part of himself to the world, the world transformed it into something he didn’t recognize anymore, and now he’s doing his best to assert control over his creation — and, more importantly, over his own identity — to the world at large. It all adds up to this: Feels Good Man is one of the smartest docs made about the meme era yet, and it’s a genuinely fascinating watch.