Mo Amer continues to grind, painting his own comedy picture 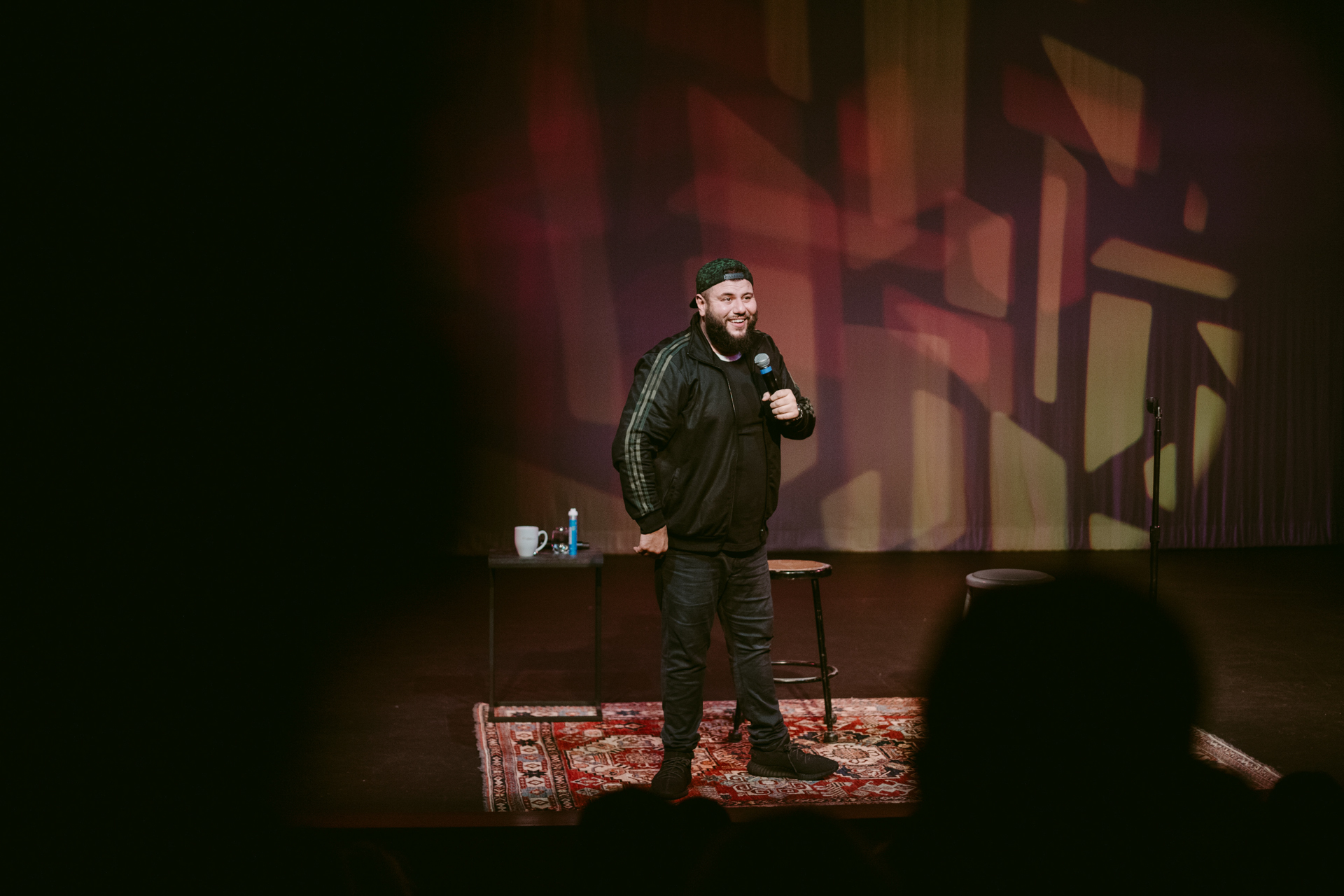 As the old saying goes, absence makes the heart grow fonder, and such is the case when it comes to Mo Amer, as he makes his way to Boston this weekend.

Once he hits the stage at The Wilbur for the very first time on Saturday (February 22), it will end a long two and a half years since the last time Amer performed in Boston. A lot has happened in the comedy world of the power-hitting stand-up since he wowed the TD Garden during Comics Come Home 23, so he’s looking forward to getting back to the city with a brand new hour.

Being of the “can’t stop, won’t stop” mentality, Amer has toured all over the world, both by himself and with Dave Chappelle as he has for the better part of the last eight years, honing and polishing the new material, and he’s looking forward to further raising the bar when he hits the Theatre district.

“I have higher expectations of myself than anybody else does,” Amer tells Vanyaland. “So it’s very important to me to come ready and fresh, and everyone should expect that, as well as a hell of a good hour, too, because I’ve worked very hard for some quite some to get to that spot, so I’m excited to come in a flex and have a good time in Boston.”

With a thorough and determined approach to giving fans the best show possible, Amer has continued his grind through a packed touring schedule, acting gigs, late-night spots and stand-up specials. While his ascension in comedy can be largely attributed to his dedication to the craft, the Kuwaiti-born Houston transplant has also had a front row seat to witness Chappelle do his thing for nearly a decade, which in turn has helped him in his own approach along the way.

“It’s incredible to witness the way he develops new material with such incredible speed, because he’s wicked intelligent, and it’s just so much fun to watch someone paint life,” says Amer. “It’s like watching Van Gogh paint, and you don’t really know what he’s painting. Even he doesn’t really know. He does, but he doesn’t know yet, and that’s so exciting when you can see the brush strokes and see how he develops new material and weaves in and out of tough topics. It’s absolutely masterful, and I’m so lucky that I’m one of the few that gets to see that on a regular basis.”

As he’s watched arguably the greatest stand-up comedian of our time in action over the years, Amer has used his own masterful brush strokes to paint a picture of his life as a refugee, and in turn, has used his comedy as a vehicle to bridge the divide between cultures in his own masterfully-crafted way.

While Amer’s main focus on stage is to be funny and engaging with his audience, having the freedom to speak truth to power — whether it be through bringing us into the mind of a refugee, or having the freedom to call the President an asshole — and be a living testimony as to how difficult the journey of a refugee seeking asylum can be adds an entirely different layer onto his approach to comedy.

Of course, his new hour weighs in on a lot of different topics, which helps to make the social commentary within it not so dense or boring, as he puts it, but Amer is grateful for the ability to use his platform to shed light on the hardships of refugees in the current political climate, and to encourage those coming into the country by reminding them that anything they want to achieve is indeed possible.

“It’s incredibly important to me to shed light on those struggles and support refugees, because look what I’ve done,” says Amer. “I want kids that have experienced the same kind of uprooting and having to leave for a completely different country and start over, and lose their families, to see that it’s not over. It’s just the beginning, and once you find what you want to do, you can also accomplish what I’ve accomplished and even more. It’s important to encourage those going through the struggle and share some information with people that don’t know about what it’s like to be a refugee.”

Over the course of the year, we’ll have plenty of chances to catch Amer in his element, with a number of projects in the works including a new special, season 2 of Ramy, and a top-sceret somethin’-somethin’ he can’t talk about quite yet. But until then, he’s looking forward to mixing it up with a Boston crowd, and feeling the city’s rich comedy history make its presence known.

“I love the authenticity and the vibes in Boston. It’s such a great comedy town, and the fans there just understand comedy,” says Amer. “There are some cities that don’t really have a full grasp of what stand-up really is, and Boston is one of those unique cities that really understands the history of it, and has a great history of its own, both positive and negative, but that’s what makes it so interesting. It’s fun for those reasons, and I can’t wait to show out and have a great time.”