‘Downhill’ Review: Will Ferrell and an avalanche of disappointment 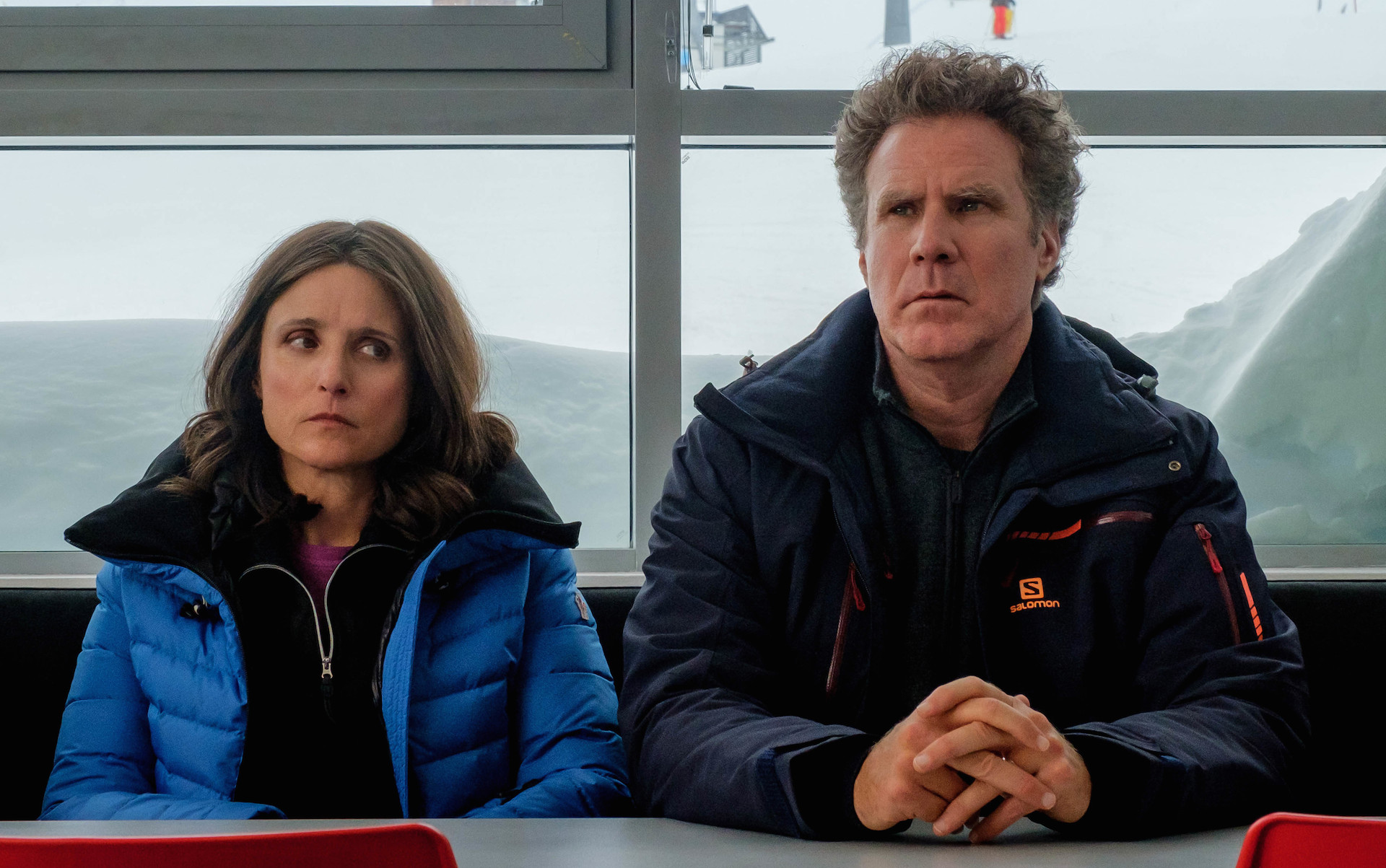 Editor’s Note: This review originally ran as part of our 2020 Sundance Film Festival coverage, and is republished today with the film now getting a wider release. Click here for our extensive coverage from the fest and also check out our full Sundance archives of past coverage.

Oh, Downhill, we had such high hopes for you. It was always going to be difficult to remake Force Majeure, Ruben Ostlund’s bleak family dramedy, but you really had a shot. Your directors, Jim Nash and Nat Faxon, are skilled comedians and solid filmmakers, whose previous work, 2013’s The Way, Way Back, got some acclaim at that year’s Sundance and proved that they could coax great performances out of good actors. And your leads are fantastic as well: Few movies can boast a pair of protagonists as strong as Will Ferrell and Julia Louis-Dreyfus for this specific type of awkward “disaster” movie. But, I’m sad to say, you didn’t make the grade, Downhill, and you’re dramatically inferior to your older brother, who is smart and skilled in all the ways you aren’t.

In case you haven’t seen Force Majeure (which you really, really should, and it’s pretty easy to find on the VOD platform of your choice), Downhill tells the story of the Sullivan family, who are on a week-long ski vacation in the Alps. Pete (Ferrell), the patriarch of the group, is struggling with his father’s passing a few months prior to the film’s start (another sympathetic addition to the film in a movie that wants nothing more to let its protagonists off the hook), and his wife Billie (Louis-Dreyfus) is doing her best to help him out. But on one of the first days of their vacation while waiting to order food on a restaurant’s mountainside balcony, the family hears a bang and sees a giant, fast-moving cloud of snow moving towards them. Billie grabs her children close and holds on to them, while Pete gets up from the table and runs away. It was, of course, a controlled avalanche, and they were never really in any danger, but this situation rightfully bugs Billie, whose entire opinion of her husband is drawn into question because of it. The two eventually have it out in front of two of their friends (Zoe Chao and a horrendously miscast Zach Woods), and it looks like their marriage may be doomed. Or is it? After a few grandstanding speeches and a whole lot of boredom, you’ll find out for yourself.

What’s odd about Downhill is how slight it feels, like someone on the production team read the logline of Force Majeure years earlier during its run at TIFF, and, after looking up the trailer on YouTube, decided to make a movie based strictly off of that knowledge. That would explain why the movie is so short, as it’s a full 30 minutes shorter than Ostlund’s original. The darkness that defined that earlier film — which helped to make it funny as well as bone-crushingly awkward — is totally absent, perhaps excluded for fear of an audience revolt seeing these beloved actors descend into deeply uncomfortable emotional territory. In its place are a series of your typical “Ugly Americans on Vacation in Weird Europe” subplots and gags, including a turn by Miranda Otto as the oversexed, “liberated” Austrian manager of the hotel that is so misguided that you have to wonder if her character was ripped out of a planned European Vacation direct-to-video sequel and placed in the middle here. Kristopfer Hivju, whom you probably know from Game of Thrones but who was a central part of making Force Majeure work, shows up for a minute as a gruff park security manager, and of course Louise-Dreyfus gets herself a ski instructor who she can flirt with and hear maxims about “finding herself” from, because that’s just what we do in these types of movies. Better to have a slapstick masturbation gag than to delve into these character’s psyches, right?

It’s a genuine shame that Rash, Faxon and co-writer Jesse Armstrong (best known for creating the brilliant Peep Show for British television) didn’t just Americanize Ostlund’s script — a straight, nearly shot-for-shot remake of this film might have been something truly interesting, if not great, audiences and financial prospects be damned. They couldn’t have known that Disney would see this as a write-off loss following their purchase by Fox (it is, after all, the first film to debut with the ugly new Searchlight Pictures logo, now that the Fox brand has been fully tarnished by the Murdochs and company), so it wouldn’t have really mattered in the end, all things considered.

They might have even had the perfect star for that hypothetical film, as Ferrell is, above all else, fantastic at playing pathetic, which is perfect for his role. His dramatic work is frequently undervalued (see Everything Must Go for a solid performance from him in a non-comedy), and he gets a few moments to show his stuff here: A drunken cry in front of his wife, lonely texts to friends in a darkened bathroom while his family plays games in another room. It might be a challenge, but it might have worked. Downhill, however, doesn’t want to take any risks, and for a film about cowardice, its message is somewhat muted by its own reluctance to go to dark places.