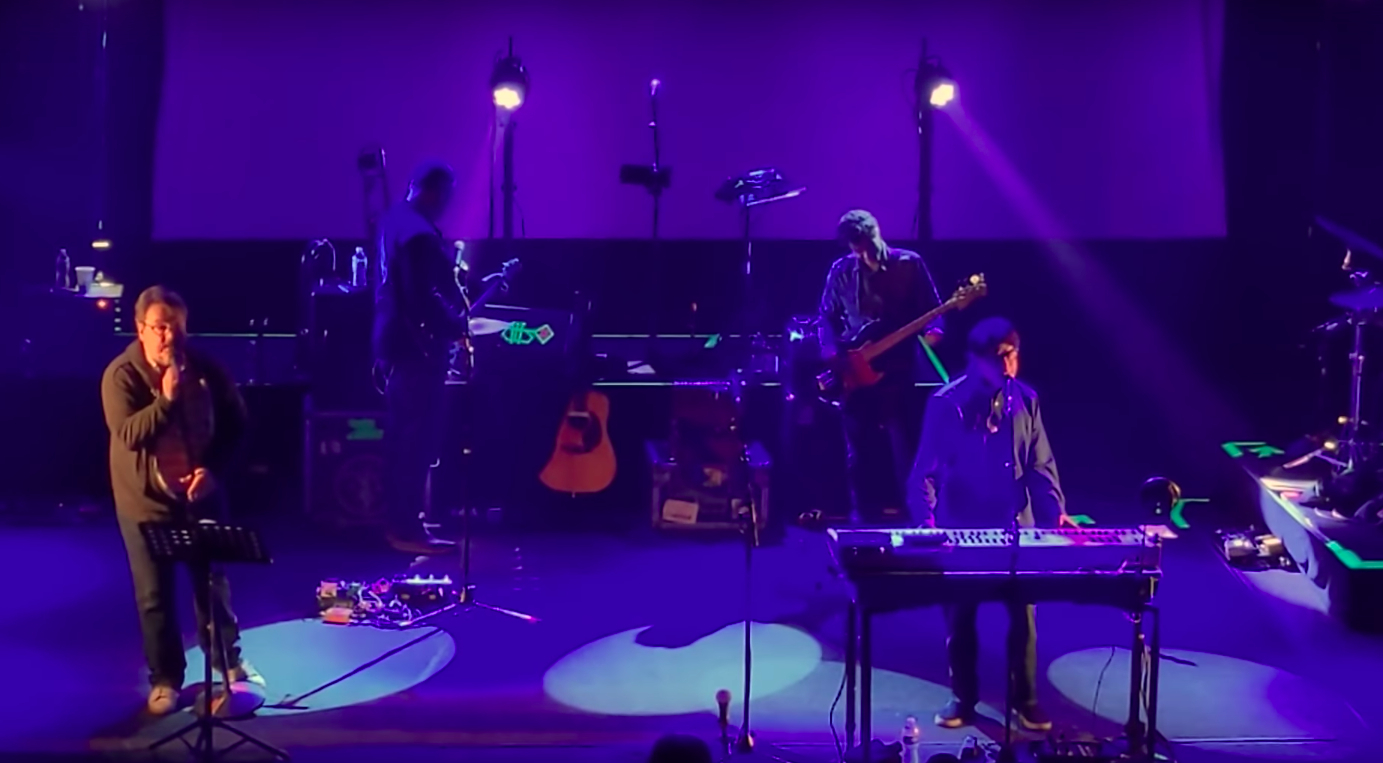 Oops, that headline is supposed to read: “Watch They Might Be Giants perform an entire song in reverse.”

But we suppose it’s ok to run it like that, because the New York alt-rock band took a reverse approach to one of their songs this past Thursday (February 6) during a show at College Street Music Hall in New Haven, Connecticut.

John Linell and John Flansburgh performed their They Might Be Giants song “Sapphire Bullets of Pure Love” completely backwards, with a full band in perfect step. The track, which appeared on 1990 album Flood, was re-imagined as “Stilloob” as the duo celebrate the album’s 30th anniversary with a string of live shows. Everyone on stage played the part, including Linell and John Flansburgh supplying the trippy vocals — completely in reverse.

They Might Be Giants apparently didn’t even tell the crowd what was up, but surely some of them caught on (maybe?). Fan-filmed video footage captured by CapitalQ documents the performance, and then the YouTube user replays the video in its own reverse order, showing what the original recording it supposed to sound like.