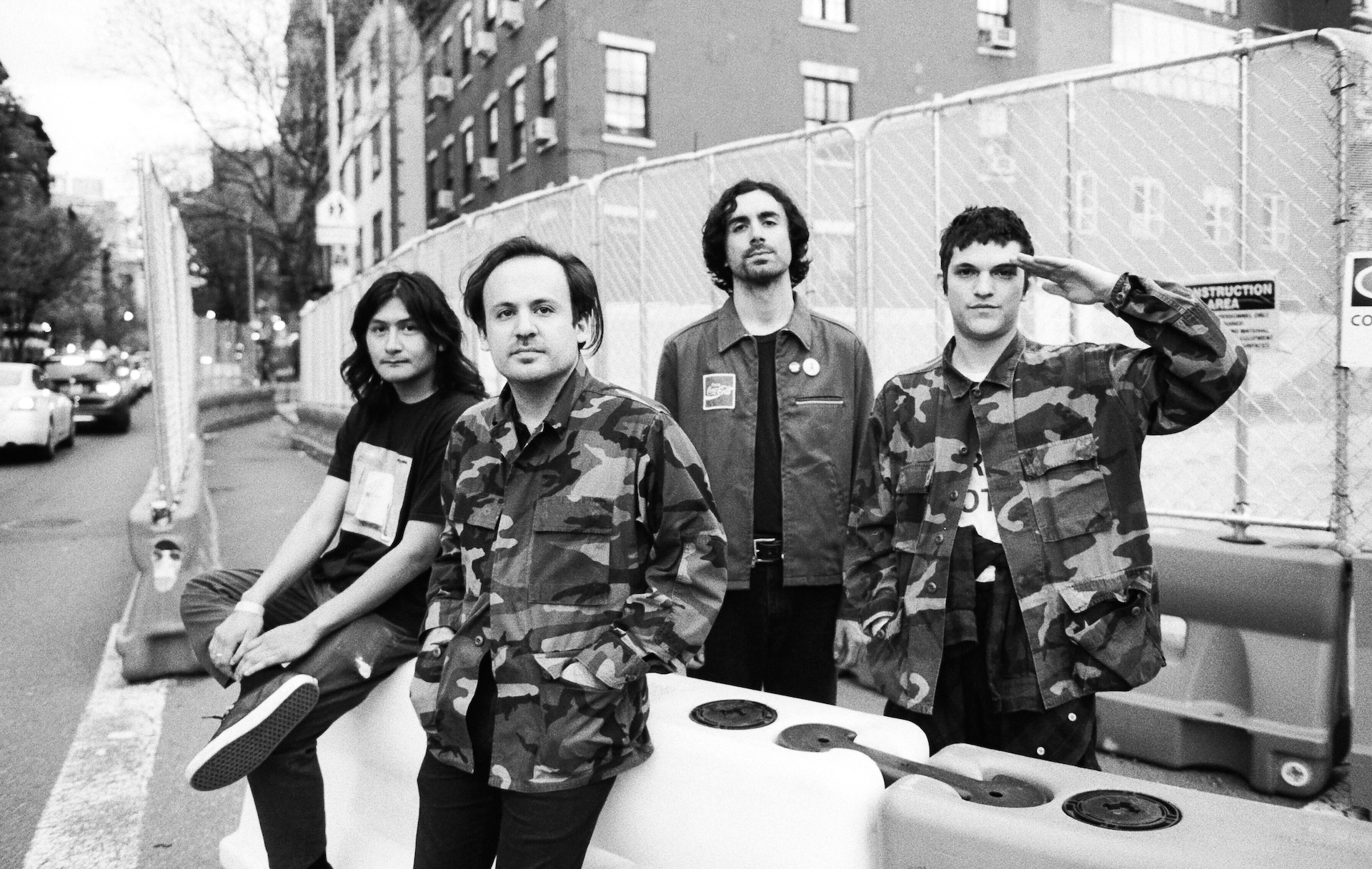 One of this writer’s absolute favorite songs of the decade is White Reaper’s hard-rock ripper “Judy French,” a throwback tune that somehow feels fresh and modern at the same time. We bring that up because today New York City’s rock and roll machine Naive Sun, a Brooklyn quartet composed of American immigrants, strike the same nerve with their raging new blazer “Juarez.” It’s a furious guitar-mad banger that today (February 7) finally gets some public airing out, part of the band’s signing to Grand Jury and announcement of a handful of live dates with the aforementioned Louisville band.

Simply put, “Juarez” sounds fucking huge, and sounds fucking awesome. And, unlike a lot of the shit from the ’80s it draws sonic inspiration from, it’s got something to say.

“We believe ‘Juarez’ to be a significant statement and representation of the fractured America we live in,” the band states. “As we begin a new decade, we shed our old skin for the new ceremony. Telling the story and struggle of a disenfranchised minority as they are pushed and undermined daily in our ‘American’ society.”

Native Sun add: “The track serves the purpose of being the medium in which the traumatic experience of crossing the border is witnessed from a first person perspective. By utilizing words we look to paint a picture of this involuntary, but necessary migration that occurs daily (this very moment as we write these words). Showcasing the struggle, violence, sense of isolation & hardship that comes along with the commitment to survival and a better future.”

Crank this bad larry up to max volumes, courtesy of a video directed, produced, and edited by POND Creative, and peep their dates with White Reaper after the jump.