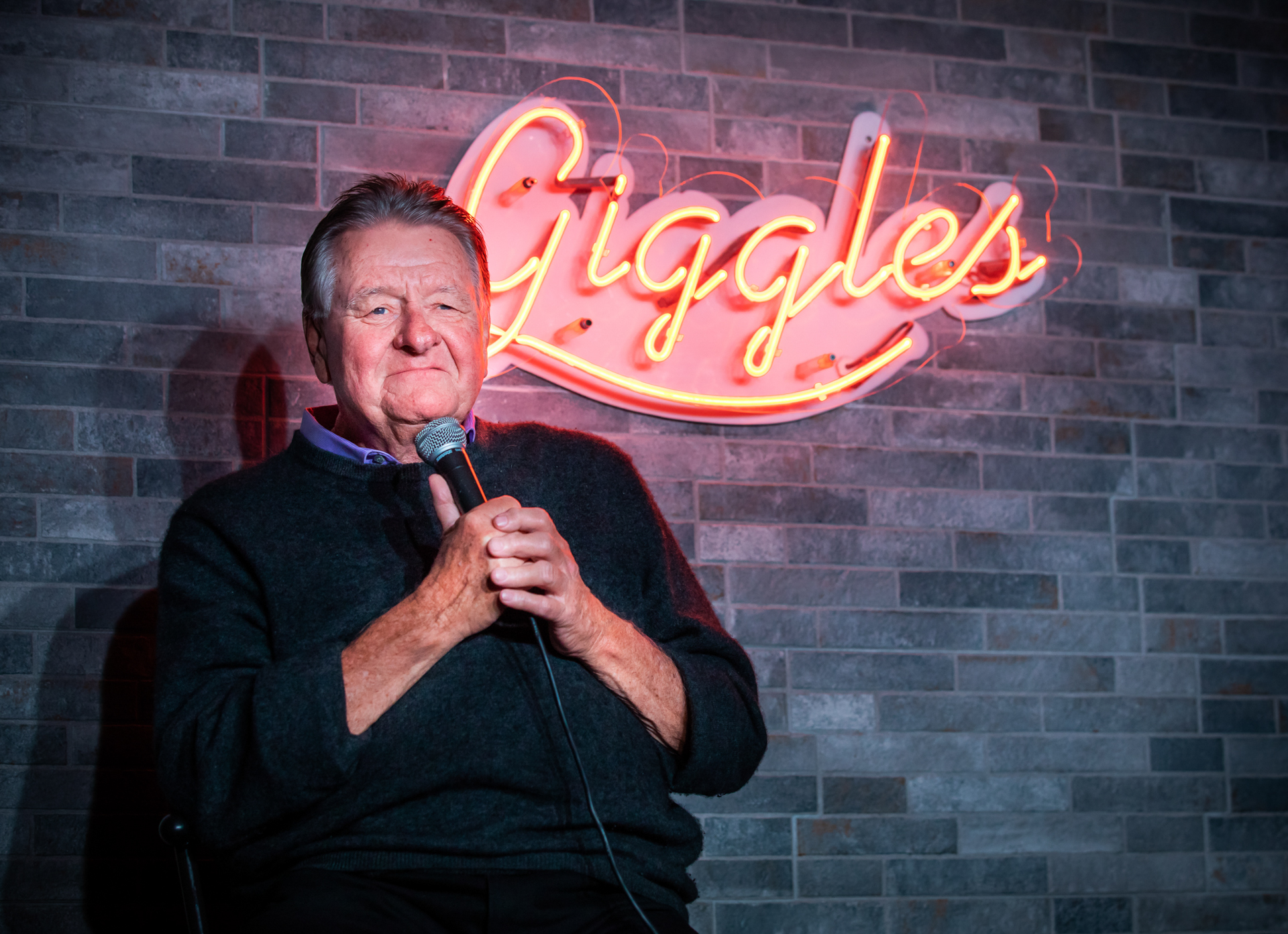 Almost a decade after its recording, the Boston comedy legend delivers a long-lost hour on family, food, and everything between

For the better part of the last eight years, Don Gavin has been sitting on Boston comedy’s best kept secret, and now he’s ready to let us in on what it’s all about.

Aside from a few thousand copies Gavin had made up back in the day, Live With a Manhattan, which drops today (January 24), never got a proper release after it was recorded at the Portland Comedy Connection in 2011. It wasn’t until a conversation with Virtual Comedy Network founder Jim Serpico during the recording of the Best of Boston Comedy: Vol. 1 album last summer that “The Godfather of Boston Comedy” decided that maybe it was time to pull the treasure from the attic.

For many comics, any material with that much shelf life can become quickly outdated, but as someone who never been one to write material for the times, Gavin’s approach to more observational details in his own life has worked out in his favor, and allows the material found on the album to remain fresh after all these years in the dark.

“I don’t do topical material, or political stuff or anything like that, so even eight or nine years later, the material is still valid,” Gavin tells Vanyaland. “Nobody remembers the material, because it was never really out there, so in a sense, it’s brand new.”

His level of notoriety in the Boston comedy scene and around New England has cemented his place in comedy history as one of the best to hit the stage, but with the extended “marinating” that the album has endured, as Gavin describes it, he hopes the new material, as well as the press he’s done for it leading up to today’s release (which includes interviews on The Joe Rogan Experience, Bill Burr’s Monday Morning Podcast and WTF with Marc Maron) will help broaden his range to new fans and bigger live shows going forward.

“My creative passion has never been extinguished, but I love the intimacy of doing live shows at clubs, so I’m hoping this helps to expand that,” says Gavin. “I’ve been doing a lot of shows on cruise ships for the last 10 or 15 years, but that kind of keeps you away from the general public, so I’m hoping to get back into the clubs a bit more, and hopefully putting this album out leads to a bigger audience.”