‘Black Christmas’ Review: The holidays are a drag, and this is no exception 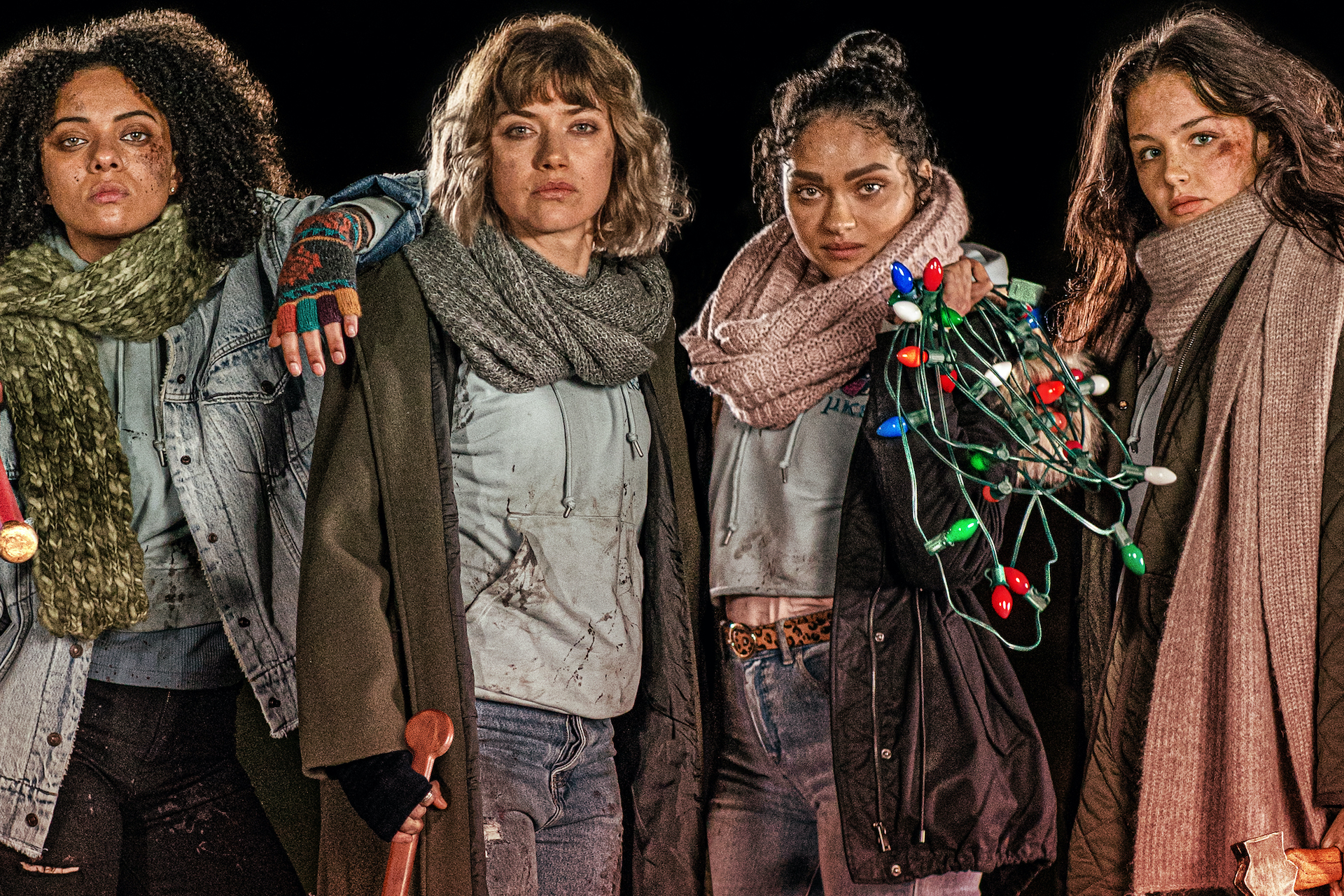 It’s pretty safe to say that, as much as things have changed on college campuses in the 45-plus years since Bob Clark’s Black Christmas premiered, a whole lot remains the same. Clark’s movie holds a special place in the hearts of horror fans, as it’s both a vicious and ugly proto-slasher that inspired John Carpenter’s Halloween a few years later, as well as a surprisingly trenchant bit of commentary about how ugly and evil the hearts of men are. It feels heartbreakingly real, inspired by real-life stranglings that took place around the time of the film’s making (though Ted Bundy’s horrific actions at FSU would mirror portions of the film years later), and Clark took special pains not to patronize his characters and, vis-a-vis, his audience, believing that college students were unrealistically portrayed in media at the time. It is a weighty film, a truly horrific watch with an unsparing ending, though it does have a sense of humor, and its shoes have proven to be very, very hard to fill. Though it still has its fans, a 2006 remake added odd back-story and more (wonderful or lurid, depending on who you ask) gore to the mix, and now Sophia Takal’s Black Christmas, produced by Blumhouse, steps up to the plate. Sadly, and despite all of its good-hearted intentions, it’s one of the biggest disappointments of this holiday season.

A young Hawthorne College student is stalked on her way home by a group of masked men, who send her threatening text messages from an account named after the school’s long-dead founder (he’s become a symbol of the anti-PC crowd, as a group of sorority sisters successfully managed to remove his bust from school grounds on the fact that he was a racist, misogynist, and sorcerer, in that order). She’s murdered by one of these men — stabbed through the chest with an icicle in front of a random house — after attempting to fight off her attacker with her keys clenched in her fist. The next day, the MKE sorority prepares to go to one of the biggest frat parties of the year and perform a targeted act of civil disobedience, but Riley (Imogen Poots) is a bit hesitant to do so. She was assaulted by one of the brothers years and years before, and he’s going to be there that night, having escaped any sort of punishment at the hands of the college or the police. Regardless, she goes through with it, and the frat brothers, alongside one of their faculty advisors/alumni Professor Gelson (Cary Elwes), react poorly. Soon, the sorority house is attacked by the same masked men who murdered the girl at the start, and the supernatural origins of this ugly, misogynist fraternity begin to make themselves known to our protagonists.

Despite a clear thematic through-line between the remakes, the only thing that they share in terms of plot is that each centers around a group of sorority sisters being harassed by anonymous strangers. In the first two, the unwanted attention came via telephone call, here it comes via a Yik Yak imitator from the members of the cultist frat (that aspect of the story is surprisingly fertile ground, as the success of Leigh Bardugo’s novel Ninth House proves, but it’s mishandled here). As you might be able to tell, Takal and her co-writer April Wolfe, really, really want this update to be relevant to today’s youth. And it is, perhaps, but not in a particularly interesting way. There have been plenty of films in the social media age that feel like the director is actively fighting with those in their Twitter mentions in the text of the film itself — Knives Out being a recent and good example — but Black Christmas takes it to the next level. It feels like Takal and Wolfe are hoping that the mere mention of an idea that you agree with, presented in a light and goofy manner, is the same thing as actually engaging with it, and most of the work stops there. It’s weirdly reductionist in the same way that those arguments often are, and it leans so heavily on your knowledge of The Discourse that to a viewer who isn’t Always Online, it must play like an adaptation of a Harry Potter novel that you’re unfamiliar with. I’m honestly going to cop out a bit here and admit that the politics of this film deserve to be broken down and analyzed by other critics, and I’d rather avoid them almost entirely than to treat them without their due level of nuance and respect.

That said, the presentation of these messages is often overwritten and overwrought (there are moments that feel a bit flippant, though, such as a reference to the Kavanaugh hearings that genuinely comes out of nowhere during a quiet scene, but I have no idea how others will respond to it), and the dialogue especially feels a bit try-hardy, almost like it’s hoping to distract you with a laugh line so that you don’t notice that it really isn’t doing very much. The editing is choppy and weird — during the big final battle between the sisters and the cultists, Takal bungles a key reveal, which dilutes a big action moment of its power — and aside from one or two moments, including a snow-angel slaying early on, the whole thing feels very, very generic.

Thanks to the PG-13 rating, this Black Christmas isn’t able to go as hard as the others were as well, which slightly muddles the messaging. I have long defended the concept of the PG-13 genre movie, as being a kind of Horror-For-All experience necessary for young people to fall in love with the genre, but those qualifications don’t apply to films that feel chopped up in order to hit the mark. There are times during this movie that one feels like they’re watching the airplane edit, such as an incredibly awkward moment where a character tells a group of evil frat boys to “suck a fat fart,” or how truncated and weird each of the kills feel. It’s a stunning misfire, a genuinely frustrating attempt to capitalize on a release date (a December Friday the 13th, of course), and a recognizable property, in that exact order.