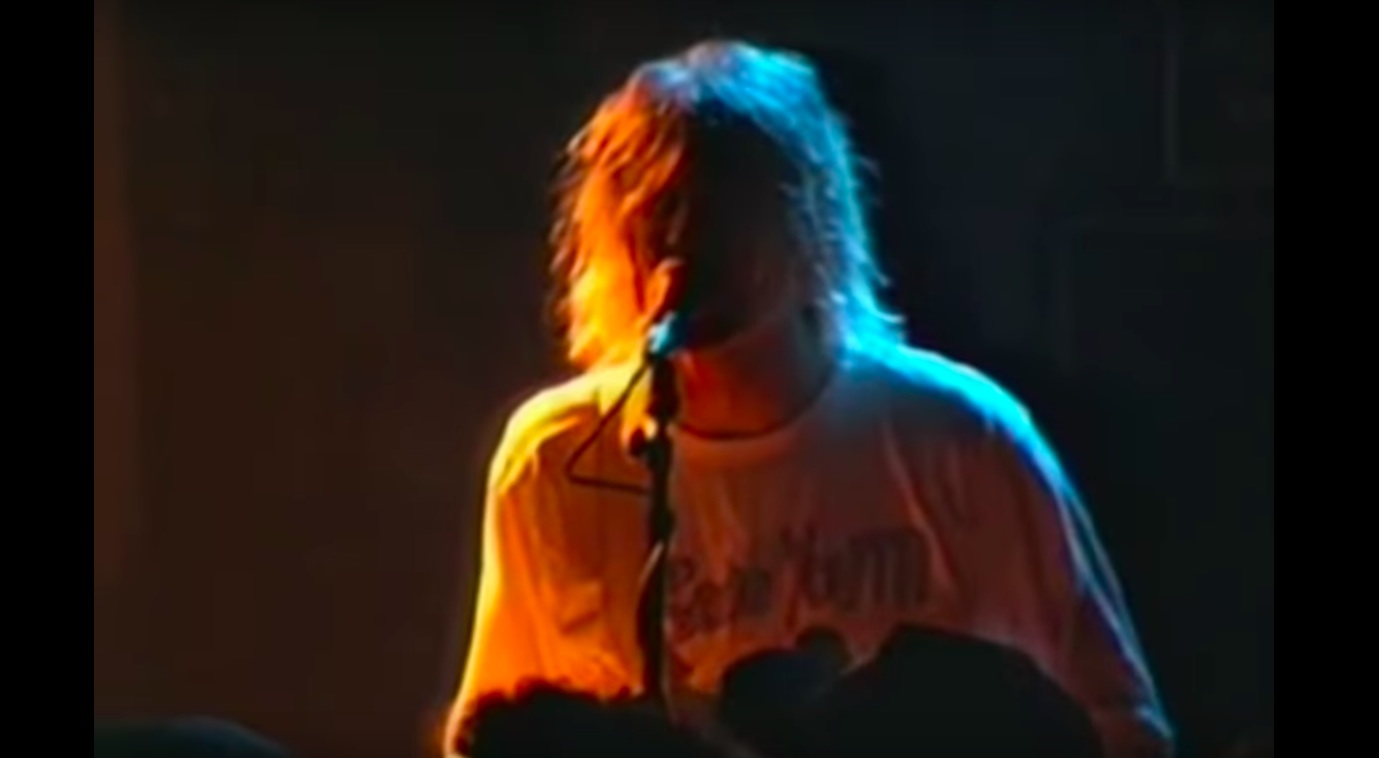 By now, Nirvana’s 1991 show at Axis in Boston is the stuff of legend: The Seattle band was booked to play the 8th birthday party for WFNX 101.7 FM on September 23, the night before Nevermind would hit the shelves and change music forever. Nirvana were on the bill at the Lansdowne rock club, located roughly where The House of Blues restaurant now sits, with locals Bullet LaVolta and Cliffs of Dooneen and another rising alternative band called Smashing Pumpkins.

“Smells Like Teen Spirit” had begun to slowly shake up the musical landscape after hitting MTV and radio earlier in the year, and by the time the WFNX party rolled around, excitement was in the air for what was about to happen the very next day. The dam was about to burst.

But not before Nirvana played Axis, introduced by WFNX program director Kurt St. Thomas as “the fucking coolest band in the world.”

We’ve written about the show before, thanks to audio captured by former ‘FNX DJ Duane Bruce (in fact audio from this show has been around for years), but this week some new video, allegedly “previously uncirculated,” as Dangerous Minds put it, is making the rounds, giving a real glimpse into the show that we’re still talking about decades later.

This apparently new footage, unearthed for nearly 30 years by someone, somewhere, features the first four songs from Nirvana’s set that night (“Aneurysm,” “Drain You,” “School,” and parts of “Smells Like Teen Spirit”) as well as closer “Negative Creep.” The video is about 17 minutes in length, with still images placed in where the video cuts out.

The quality is remarkable.

“Axis was packed to the gills,” Bruce wrote about the gig a few years back. “Think ‘Green Line on a Friday rush hour with a Sox game at home’ packed… The concrete walls and floor of Axis provided the perfect acoustics for the raw energy. Dave Grohl’s first Boston gig with the band. This is also the first time that they ever played ‘Jesus Don’t Want Me For A Sunbeam’ by the Vaselines. Both Kurt Cobain and Krist Novoselic comment that ‘We just learned this one today’. It was a rare night that only a small number (1200+) saw.”

And now we can see it as well. What a find.

And here’s the flyer from the show.