Here’s the first poster and photos from ‘Ghostbusters: Afterlife’ 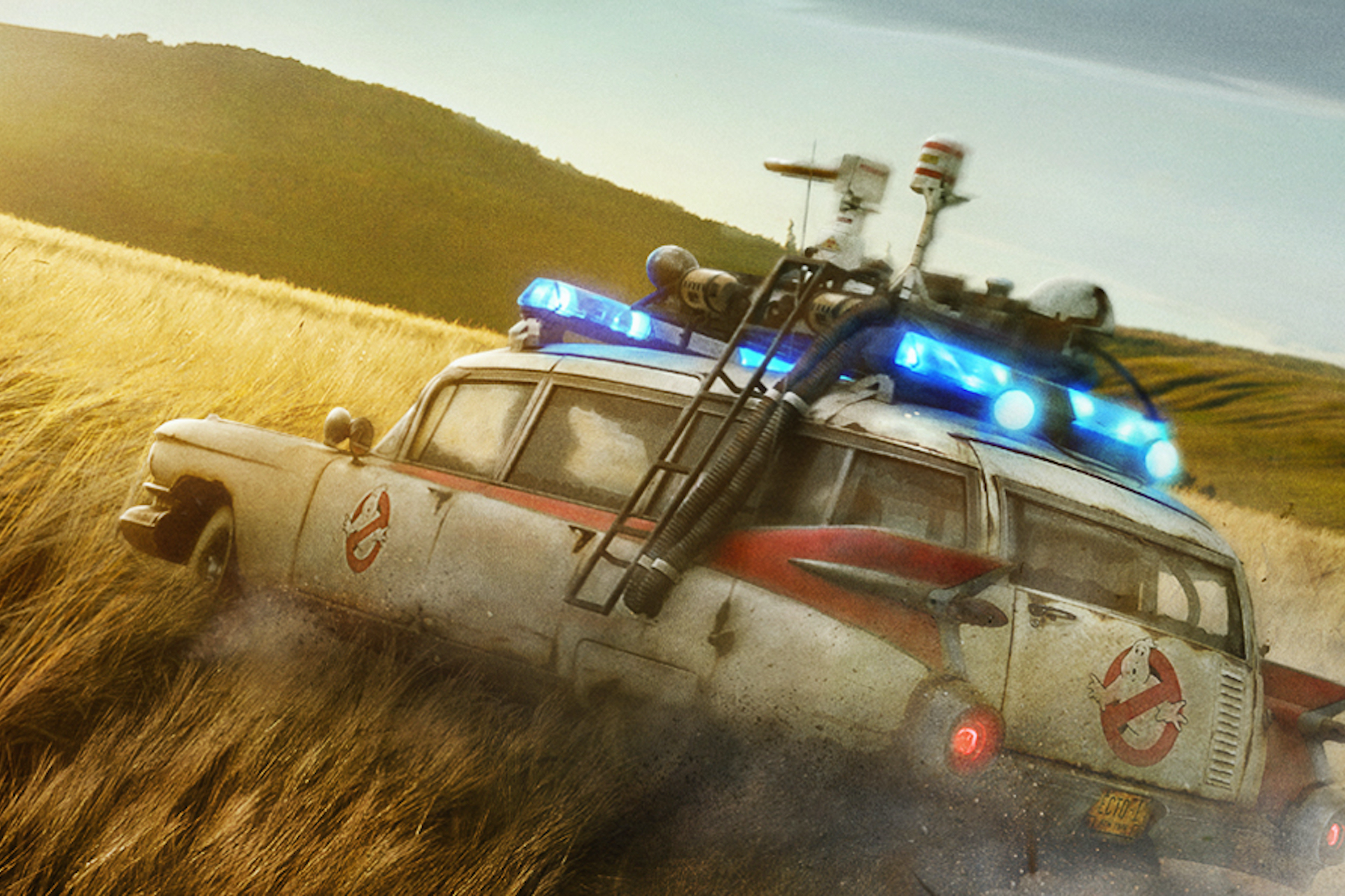 As one Legacyquel trilogy comes to an end, yet another one will begin, and before we’ve even had a chance to mourn the end of the new Star Wars trilogy, and let all of nerdery recover from the bitter wars that nearly tore all of fandom apart, we’re about to start relitigating the Ghostbusters films all over again. Oh, joy. Well, Friday kicked all of that off with the revelation of the film’s first poster, the confirmation of the film’s official title — Ghostbusters: Afterlife — and more information about the movie’s plot along with some first-look images in the form of a brief Vanity Fair article. Yes, they are going the Star Wars route with this, but they didn’t have the cash for Annie Lebowitz this time around, so you’ll have to make do with some trailer screengrabs.

But first, here’s the poster, featuring one of Ghostbusters: The Force Awakens‘ kid leads doing sick-ass doughnuts in a cornfield:

Here’s Vanity Fair with some exclusive first look images and a bit of information about the story of Ghostbusters World, which you can click on for more information:

So, the early information — that Carrie Coon, McKenna Grace, and Finn Wolfhard would be playing the descendants of one of the original Ghostbusters in Ghostbusters: Legacy — was on the money, with others going far enough to suggest that they’re descended from Egon Spengler, Harold Ramis’ character from the original film.

Additionally, there are some choice quotes from the article that we’d like to highlight. Here’s director Jason Reitman on how the film connects with the prior movies:

“‘Afterlife’ ‘is a new adventure that connects back to the Manhattan Crossrip of 1984,’ Reitman said, unlike the 2016 all-female reboot, which started its story from scratch and existed in a different storytelling universe.

‘Manhattan Crossrip’ is the technical term for that long-ago bizarre incident in New York involving an apocalypse-summoning skyscraper, a gargantuan killer marshmallow man, and four working stiffs who managed to fight back against an ancient Sumerian God named Gozer.”

So, to be clear, we’re not just eliminating the 2016 film here — apparently, according to Reitman, Ghostbusters II also didn’t happen in this new timeline, a la Superman Returns. Here’s some new info on Paul Rudd’s character:

“Fortunately, [the kids] have a summer school teacher named Mr. Grooberson (played by Paul Rudd) who was a kid when the Manhattan Crossrip occurred. Although later generations may think of it as a myth, or not think of it at all, he remembers it obsessively and is excited to pass on what he knows.”

And that’s really all you’re gonna get from the Vanity Fair article beyond some more basic information — Wolfhard’s a gearhead! Grace is really into science! The movie takes place in Oklahoma — that may or may not sate your thirst for Ghostbusters 2049 content. We’re willing to give this one a shot, but based on Reitman’s output over the last five or six years, we caution you to keep your expectations very, very low. Almost as low as the standards required to get the Ghostbusters merchandising license!

Ghostbusters: Resurgence hits theaters on July 10, but you won’t have to wait too long to see the first footage: we’re getting a trailer on December 9. We really, really hope that a digitally-recreated Harold Ramis isn’t a part of this one’s climax.